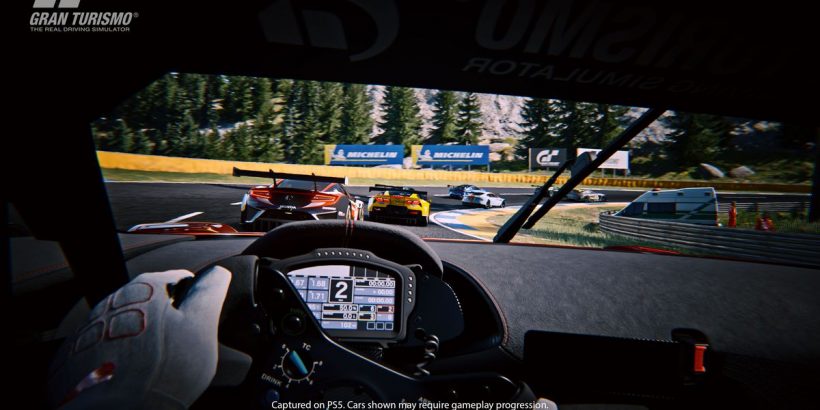 Gran Turismo 7 has an always-online campaign mode. While these requirements are increasingly par for the course, particularly in sports and racing games with big career modes, that doesn’t mean the series’ community is particularly happy about it.

The requirement was subtly mentioned in a PlayStation Blog post a day after Sept. 8’s PlayStation Showcase 2021, where the driving simulator’s launch date was finally revealed. The blog post from Polyphony Digital president Kazunori Yamauchi references the return of the Gran Turismo Campaign mode — this is the first numbered GT since 2013 — but asterisked that remark with a fine-print mention that “these features require internet connection.”

In an interview published Thursday, Eurogamer wanted to clarify immediately what the single-player campaign’s requirements were. Yamauchi told Eurogamer that the GT Campaign does require an online connection to play, in order “to prevent cheating overall from people trying to modify the save data.”

“The only part of the game that doesn’t require an online connection is the arcade mode, because that has no effect on the save data,” Yamauchi added. “But anything that has to do with the save data requires a connection. For example, things like the livery data as well — that’s something that is downloaded from the online server.”

Players in the series’ subreddit, and on a ResetEra thread, aren’t convinced of the online requirement’s necessity. “There’s got to be a way to keep online integrity without fucking over your paying customers once the servers go offline,” said one.

“Forza is able to segregate the online and campaign,” they added, referencing Forza Horizon 5, which launches in November for Xbox One and Xbox Series X. “Why can’t GT?”

Still others invoked another PlayStation first-party driving sim — Driveclub, which stood in for Gran Turismo from 2014 until Gran Tursmo Sport’s 2017 launch, and was a tale of woe for most of that time. While Driveclub’s single-player components were available offline, most of the game’s appeal was based on online racing and social interaction. For weeks after its launch, the game struggled with connectivity and performance issues, and a free copy promised to all PlayStation Plus subscribers took more than a year to deliver.

As for other PlayStation first-party exclusives with always-online requirements, MLB The Show 21 had a frustrating month following its April launch, where players couldn’t connect to servers. Some lost the results of some games or challenges in progress; others missed out on attribute progression in the single-player Road to the Show character that crossed over to the game’s online Diamond Dynasty mode for the first time this year.