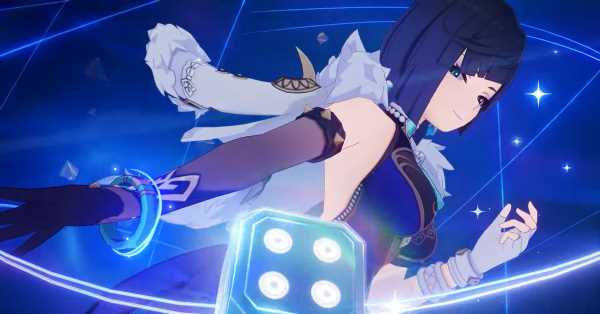 It appears that Genshin Impact is going to be back to updating regularly after a facing some delays in April. On Friday, Hoyoverse revealed a trailer showing off the 2.7 update, “Hidden Dreams in the Depths,” as part of a stream going over all the additions heading to the game. The 2.7 update will bring the playable debut of new characters like the five-star Hydro bow user, Yelan, as well as Kuki Shinobu.

A new mainline quest will send the Traveler on a deep-dark expedition into The Chasm in Liyue. A trailer shows Traveler venturing into the depths with new characters like Yelan and Kuki Sinobu, as well as returning friends like the rambunctious Arataki Itto and Yanfei. Xiao, the conqueror of demons, will also appear in the story and from the looks of the trailer, might even need to be rescued by the Traveler.

Per the usual, the update will consist of two banners that boost drop rates for specific characters in two phases, each of which run three weeks. Phase 1 will include two banners: Discerner of Enigmas, which will feature Yelan, and Invitation to Mundane Life, which has Xiao. Phase 2 will include the banner, Oni’s Royale and will include both Arataki Itto and Kuki Shinobu on the same banner since she’s a four-star.

The rest of the stream confirmed more information about Yelan and Kuki Shinobu and showed their gameplay. Yelan will be a five-star Hydro bow user, and she has a power that turns her nearly invisible. Kuki Shinobu is a new Electro support character who wields a sword. The stream also showed events coming to the game, including a new combat challenge and rhythm game hosted by the Arataki Gang.