The frog suits were buried in the last area in the expansion, and players had to complete a rare overworld boss fight that only spawns every other day or so several times to get it all. However, enough time has passed since the release of Shadowbringers for a lot of these players to grab this glorious outfit.

Since, players in frog suits (though the game officially deems them as Toad Head and Toad Suit) have plagued the world. Every major city you go to has some player in a frog head hanging out around fashionable AFK-ers. My own guild summoned me out of the house only for me to see them ominously all looking down at me in frog suits. 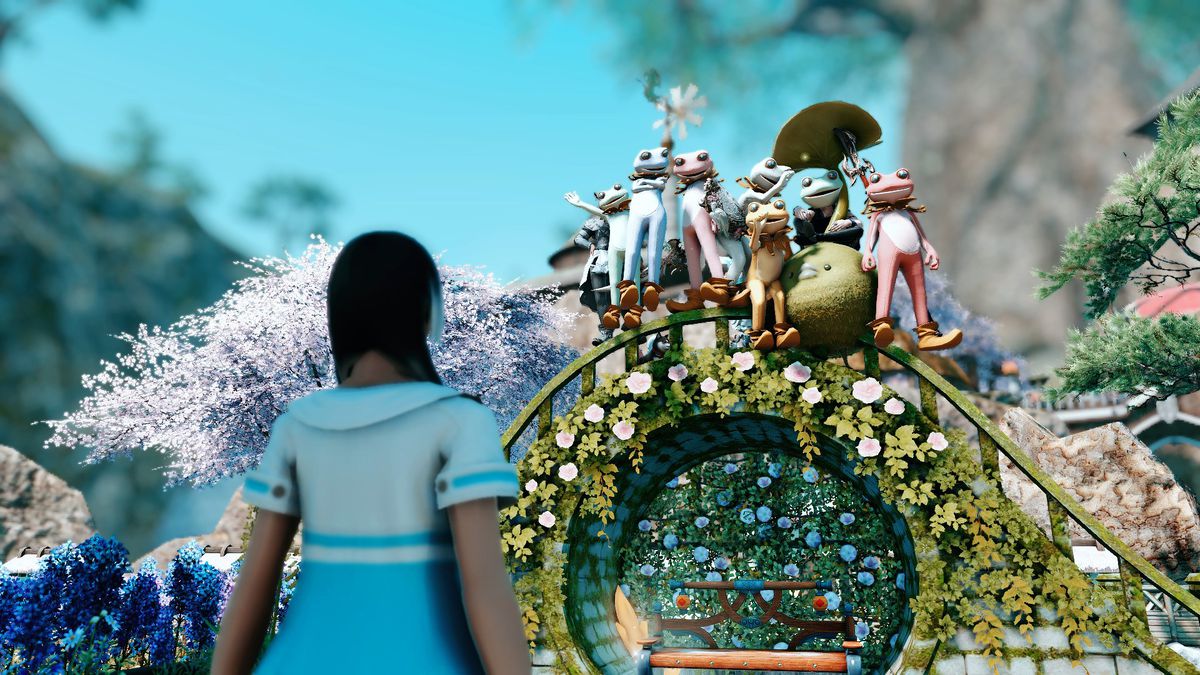 This is just too many frogs
Square Enix via Polygon

Shortly after taking this screenshot, one of my friends jumped down and began to taunt me by repeatedly opening and closing the mouth of the frog mask, a feature you can repeatedly spam by using the visor adjustment button.

The funniest part of all of this is seeing the frogs in dramatic story moments. Two dungeons force players to watch stirring cutscenes that conclude the base game’s story. While the villain ominously speaks to the party of Warriors of Lights on the screen, the camera pans over, showing off players in their outfits. It’s all serious until you get to … a guy in a bright purple frog outfit. 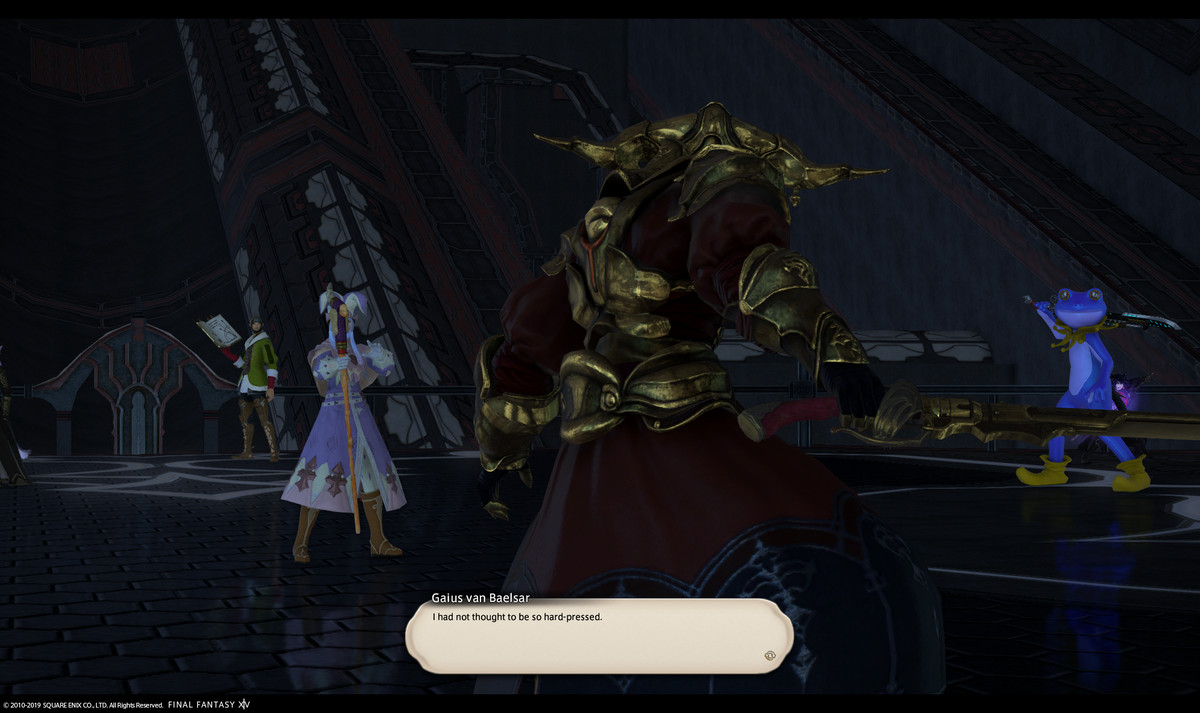 This is the ghost outfit from the Halloween event all over again. There are two notable GIFs of a Final Fantasy 14 player dressed up in the legendary outfit during two dramatic cutscenes, and these frog suits radiate the exact same energy. (Note that the second link has a Heavensward spoiler, if you haven’t played through that story yet.)

While some players might complain about this ruining the fantasy (no pun intended) setting of Final Fantasy 14, it’s just all in good fun. Who’s to say that your Warrior of Light doesn’t want to goof around and be silly sometimes? Let them have fun!

If you want to join in on the froggy fun, the headgear and body piece come as rewards for the special FATE, Archaeotania, in The Tempest. It requires 12 Archaeotania Horns total: five for the hat and seven for the body.