When you first arrive in Tilted Town, Fortnite’s newest city, a message appears. The text welcomes you to the humble settlement and informs you of its two rules: no buildin’ and no breakin’.

It’s a deceptively simple warning for one of the most jarring and fundamental changes Fortnite’s ever had. For the first time in the game’s history, there’s an area where two of Fortnite’s main mechanics — building and breaking — can’t be used. And that makes fights there a great change of pace.

Tilted Towns is a part of season X’s first content update. A Rift Zone, which is basically a giant time portal, appeared around Neo Tilted and transported the whole area back in time to the Old West. What was once a futuristic metropolis is now a saloon town, complete with an old-fashioned jail. The town is littered with loot, from shields to bandages, and weapons of all kinds. Epic even unvaulted a few more period-appropriate weapons like the Hunting Rifle, Six Shooter, and Double Barrel Shotgun. 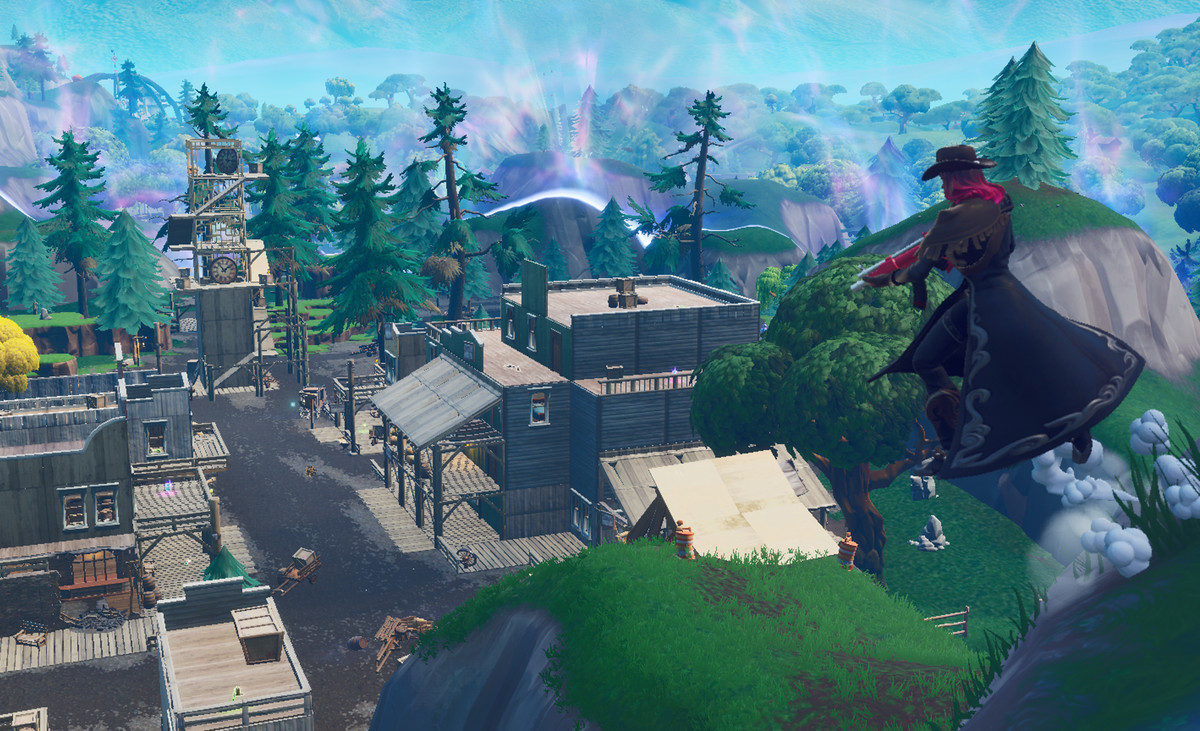 On its face, Tilted Town doesn’t seem that different from any other Fortnite city. But spend anytime fighting there and you’ll quickly realize that its rules make it special — even if players figured out a way to break those rules in just a few hours. While other fights in Fortnite value improvisation and quick thinking, skirmishes in Tilted Town require more advanced planning.

Even simple tasks like getting to the second floor of a building are more complicated here. You can’t simply break the floor above your head and build a staircase up; the rules won’t allow it. Instead, you’ll need to find the actual stairs.

Each building has several ways inside, and a staircase isn’t always the only way to a building’s upper floors. Tilted Town is even slightly smaller than a normal Fortnite town because you can’t get around it as easily. This reduced size makes fights even more hectic.

Every fight is an intricate peeking battle with both players dancing back and forth behind the make-shift cover of a door or a crate. Shootouts tend to be much more intense here, since players can’t build walls to cover their retreat. The environment dictates how the battle will play out, not your building skills. 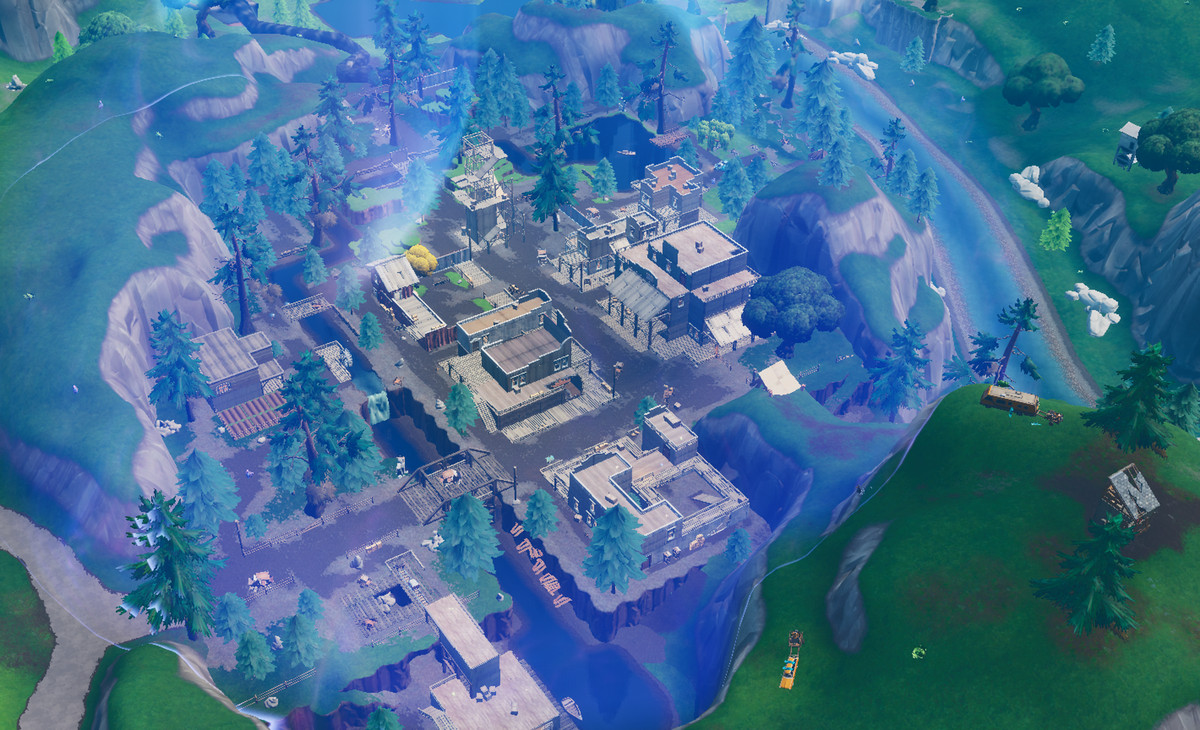 The dome that surrounds Tilted Town
Epic Games via Polygon

Tilted Town doesn’t take away your ability to build in all of Fortnite, it just changes the rules in that one area. Once you’ve had your fill of Old West fights, you can simply walk outside of the giant blue dome that surrounds the town and return to the game you know.

I can only hope that all of season X’s map additions are as exciting and game changing as this one, even if it proves to be short-lived. And who knows what else Epic might try in future updates?