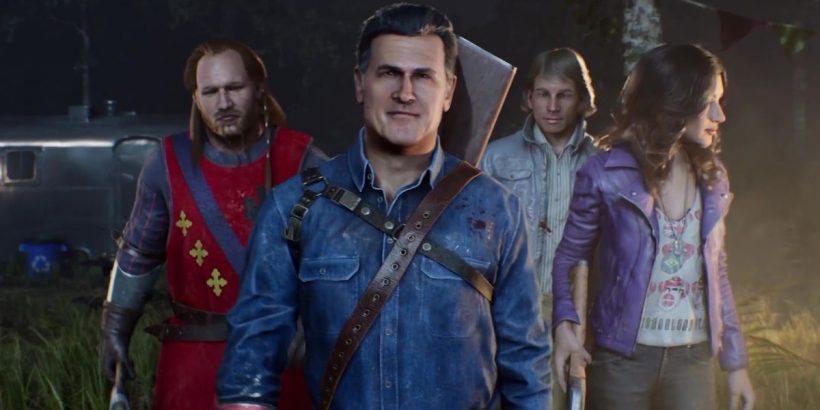 On Thursday at the Summer Game Fest, we got our first look at the gameplay of Evil Dead: The Game, an upcoming co-op shooter. Four players choose their characters from the cast of the Evil Dead franchise, and then move as a team through towns, woods, and creepy cabins. A breach between worlds has opened, summoning monsters to deal with.

One player gets to take on the role of the antagonist, a Kandarian Demon; they’re tasked with hunting down everyone else in the game. The demon can possess the good guys, manipulate the environment, and fly. It’ll be a constant concern throughout a match, especially if it’s controlled by a skilled player.

While moving through the environment, players have the opportunity to loot and craft. It’ll also be necessary to actively manage your player character’s fear. If they get too scared, they can actually die, which is pretty alarming in and of itself. Once players find the necessary items, like pages of the Necronomicon, they can turn the tables on the Kandarian Demon. It looks a little like Dead by Daylight, if the survivors had the ability to fight back.

Evil Dead: The Game will be released for PC, PlayStation 4, PlayStation 5, Nintendo Switch, Xbox One, and Xbox Series X.