Fortnite players have been in an uproar since the start of the new season, which introduced mechs that are widely considered overpowered. At one point, detractors even got #removethemech trending on Twitter. Today, Epic defended why it’s not getting rid of the mech; and it’s largely for reasons you’d expect.

In a blog post, Epic acknowledges the backlash but gives a bit more insight into what it’s trying to accomplish with the Brute. The battle royale developer says it’s aware that some players have never managed to get a victory royale before, and the mechs provide a way to combat that problem.

“The mission of Fortnite is to bring players of all skill levels together to have a fun experience where anyone can win,” Epic wrote.

Since the introduction of mechs in the latest season, Epic claims that lower-skilled players have started getting more eliminations, while the number of kills from experienced players “remained steady.”

The developer even shared an infographic that purported to show the number of average mech eliminations per game — and it’s much lower than the internet makes it sound. 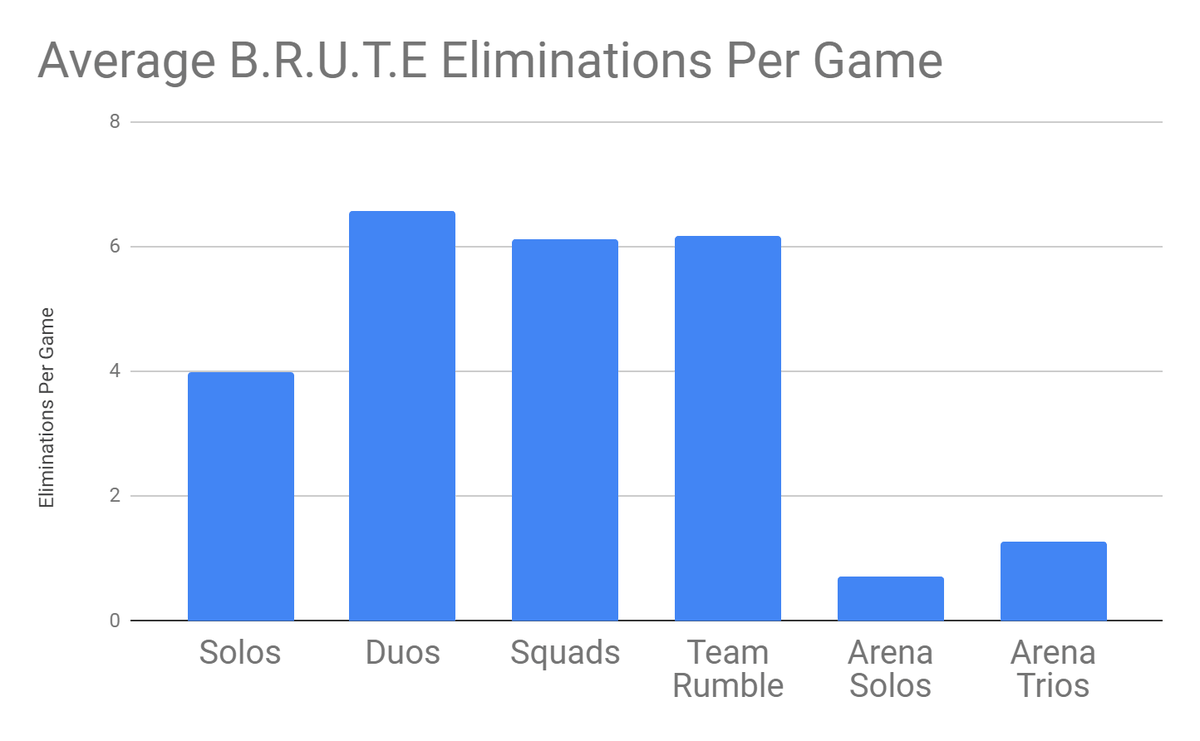 Since their addition, Epic has tweaked the functionality of mechs, first adding a targeting laser with audio cues, and later decreasing their spawn rate in competitive modes like Arena. Given the statistics, it seems that mechs aren’t overtaking the Fortnite island.

“Brute encounters should feel like a unique engagement and not be the dominant experience during a game,” Epic wrote. “We regularly have and will continue to release content that shakes up gameplay in Fortnite in unexpected ways,” the company continued. “And we’re committed to providing a constantly evolving, entertaining and fun experience to all players.”

This isn’t the first time public opinion was wildly out of tune with what actually happens in the game. In April, Fortnite fans demanded that Epic revert the game back to an earlier patch — only for Epic to reveal that the beloved patch was played less overall.