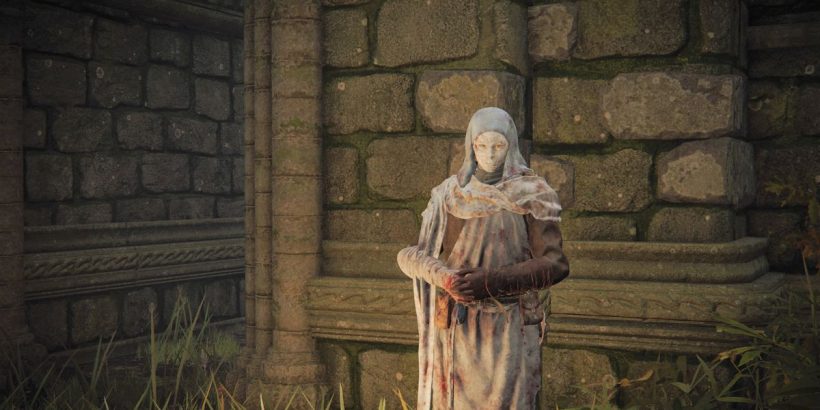 The first NPC you meet in Elden Ring is White-Faced Varré, who infamously points out that you’ve arrived in the Lands Between “maidenless.” It can be tempting to kill Varré then and there, but doing so precludes you from completing his storyline, which is well worth doing — as you’ll find out in this guide to completing Varré’s side quest. Seeing Varré’s story through to its conclusion will give you a taste of PvP, grant you access to a secret optional area, and even potentially earn you a new Great Rune.

And we promise, you will get your revenge for that “maidenless” comment.

Chapter 1: Welcome to the world

Upon first encountering Varré near the First Step site of grace, all you can do is exhaust his dialogue. He’ll give you some advice, thoroughly insult you, and generally be unpleasant. The best revenge — for now — is to succeed, so go ahead and play the game. Meet your maiden, travel to the Roundtable Hold, talk to everyone, and defeat Godrick to get your first Great Rune.

After you acquire your first Great Rune and talk to Finger Reader Enia in the Roundtable Hold, Varré will move to a location in Liurnia called Rose Church. Meet him there to continue his quest.

Varré will give you some Festering Bloody Fingers and instruct you to invade three fellow Tarnished. Use the item from the multiplayer menu and you’ll invade another player’s world; for the purposes of this quest, the results of the encounters don’t matter, as this is simply meant to be an introduction to PVP in Elden Ring. As long as you successfully invade three other players, you can return to Varré and advance the quest.

This is where things start to get really dark, as Varré sees fit to test your commitment to the Lord of Blood.

Varré provides you with an item called Lord of Blood’s Favor, a simple white cloth that comes with a not-so-simple instruction: stain the favor with the blood of a maiden.

You have a few options for doing so, and not all are as distasteful as it might at first seem.

Once you’ve bloodied the Lord of Blood’s Favor, return to Varré at Rose Church for the next step.

Step 5: So sweet a scream

Varré will perform a ritual that seems to cause your character great pain, then make some creepy comments and provide you with an infinitely reusable invasion item, the Bloody Finger.

The Pureblood Knight’s Medal is “Proof that one is a glorious knight of the new Dynasty of Mohgwyn that the Lord of Blood will inaugurate.”
Image: FromSoftware/Bandai Namco via Polygon

Speak to him again and he’ll add the Pureblood Knight’s Medal, the key to gaining audience with the Lord of Blood.

Step 6: Proof of the Dynasty

Read the Pureblood Knight’s Medal’s item description, which states that “it is not yet time” to meet with Mohg, the Lord of Blood, “for Mohg yet slumbers beside the Divinity. Be patient. The new dynasty is nigh.”

Ignore all that and use the item, which will transport you underground to the Mohgwyn Dynasty Mausoleum. Congratulations — you’ve reached one of the most well-hidden zones in the game.

Make your way through Moghwyn’s palace. Take your time, as the area is littered with powerful upgrade materials and golden runes. Eventually, you’ll find a red invasion sign on the ground.

Run a few steps past the invasion sign and touch the Dynasty Mausoleum Midpoint site of grace, then examine the sign to invade Varré’s world as a red phantom.

After defeating Varré, you’ll find him on the ground when you return to your world. Speak to him a couple of times to exhaust his dialogue, then savor the sights and sounds of his well-deserved expiration. How sweet it is.

Varré will leave behind a handful of Festering Bloody Fingers and, finally, Varré’s Bouquet, a blood loss-inducing strike weapon that scales primarily with arcane.

Step 9: Salt in the wound

As one final act of revenge, you might as well keep exploring Mohg’s palace until you reach the area’s primary boss — you guessed it, Mohgwyn, Lord of Blood himself. It’s not an easy fight, but it’s worth it to know that the dynasty Varré worked toward his whole life will never come to fruition.

And thus ends the tale of White-Faced Varré. What would you rather be, maidenless — or lifeless?

If you’re looking for more Elden Ring side quest guides, check out our walkthrough of Millicent’s storyline, beginning in Sellia, Town of Sorcery.