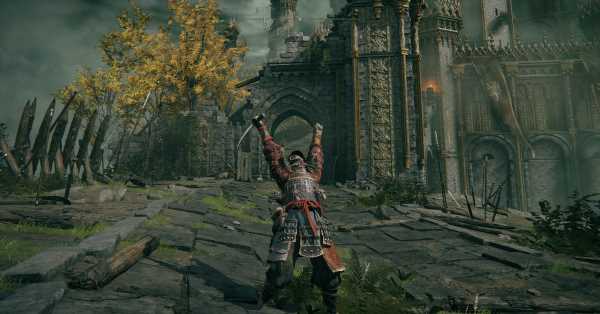 Player-versus-player invasions are a staple of FromSoftware games — malicious players can enter your world in games from Demon’s Souls to Elden Ring, leading to intense, sometimes frustrating multiplayer moments. But players on PC are losing a lot more than their stock of Runes due to a new exploit in Elden Ring. Somehow, invaders in The Lands Between have found a way to corrupt the save files of players they’re invading on PC, sticking them in a never-ending death loop.

In the handful of clips we’ve seen of the bug, the invaded player will respawn under the world, causing them to fall to their death. When they respawn, they’ll still be under the world, and fall again, getting the classic “You Died” prompt over and over. Even rebooting the game doesn’t solve the issue.

Elden Ring publisher Bandai Namco hasn’t commented on the issue as of the time of the writing, and it’s unclear if a retroactive fix will be possible for players who’ve already had their save files compromised. We reached out to the publisher for comment and will update the post when Bandai Namco responds.

However, players have discovered a makeshift fix for this issue, although it is a bit unreliable. Some have found success using Alt+F4 to kill the program before their character’s death and then immediately hitting the map button once the game loads back up. If done correctly, and the player gets lucky, they’ll teleport safely to a Site of Grace.

The easiest and only reliable solution is for players to back up their saves regularly, although that won’t do players much good once they’ve already been trapped under the world. But for PC players who haven’t run into this bug yet, backing up saves is a practice worth picking up.