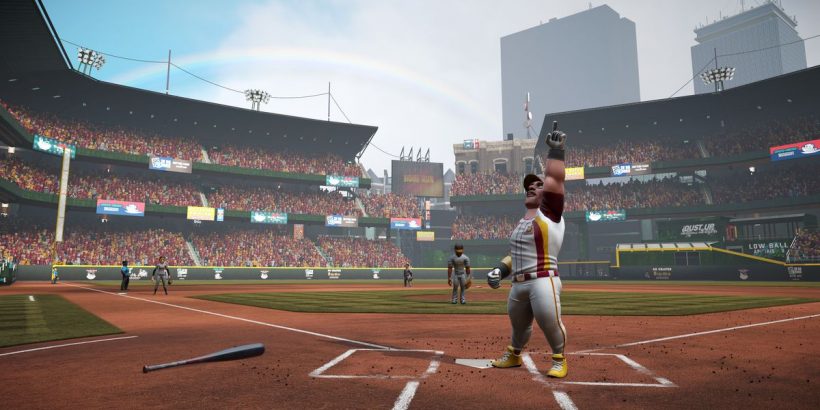 Electronic Arts announced Wednesday that it has bought the British Columbia-based developer of three acclaimed arcade-style baseball hits, most recently last May’s Super Mega Baseball 3. Terms were not disclosed. The deal is the latest in a six-month stretch of moves and expansions that have brought EA back to sports it had left over the past decade.

“We put together a deliberate growth strategy for EA Sports that includes getting into a number of new sports that we haven’t been in, in a while, and placing our bets in certain places,” Cam Weber, senior vice president in charge of EA Sports, told Polygon. “One of those things was re-establishing a presence in baseball, and looking at our options there.”

Metalhead, founded in 2009 by Scott Drader and Christian Zuger, released Super Mega Baseball on PlayStation 3 and PlayStation 4 in late 2014. It was an out-of-nowhere critical success, earning Polygon’s sports video game of the year in addition to accolades from many other reviewers. Versions followed for Xbox One and Windows PC, as well as two sequels, 2018’s Super Mega Baseball 2 and last year’s game, both of which were also released on Nintendo Switch.

Weber said that EA’s conversation with Drader, Zuger, and Metalhead began a year ago, after Super Mega Baseball 3 launched and Weber found himself playing it a lot with his teenage son.

“A couple months in, I’m like, ‘OK, this is the third game from these guys that I’ve played,’” Weber said. “I’ve never met them before; we just made a connection. We set up a meeting for [EA’s] business affairs, find out what they’re doing, and then we just started talking.

“I was interested in what they’re planning on doing in the future, and to see, is there something we could do together, in any various scenario,” Weber said.

In a post on the Super Mega Baseball subreddit, Metalhead Software called Electronic Arts “the perfect partner” to help it take on bigger projects and expand the reach of its games. “Most importantly, EA is a big fan of our games and shares our vision for future projects,” Metalhead said.

Weber understands that fans will immediately see the acquisition as a sign that EA Sports intends to merge Super Mega Baseball’s off-the-shelf gameplay and ready-made fan base with Major League Baseball licensing, and get back into an even bigger line of publishing, one EA Sports left after MVP Baseball 2005.

But Weber pointed to Super Mega Baseball’s arcade style — players and stadiums have had a cartoony presentation over all three games — and sense of humor as distinctions that EA Sports wants to support and preserve. “My belief is that Super Mega Baseball is well differentiated from MLB The Show, and I think it has its own spot in the marketplace,” Weber said.

Under an agreement where Major League Baseball is acting as the game’s publisher, the Sony-developed MLB The Show 21 — a PlayStation exclusive since the franchise’s debut in 2006 — launched on Xbox Series X and Xbox One in April, and a Nintendo Switch version is possible sometime later. MLB The Show 21 was also available to Xbox Game Pass subscribers on launch day.

Super Mega Baseball 3 continued the game’s stylized presentation of players, trending more toward realism and away from caricatures. But the gameplay has been praised by fans and critics since day one.
Image: Metalhead Software

Asked if Super Mega Baseball might become the basis for different, additional baseball titles, particularly MLB-licensed ones, Weber said, “Possibly,” but did not offer any specific concepts, if he or Metalhead already have them.

“Obviously, we’re just completing the acquisition this week,” Weber said. “We’re going to sit down together and map out the future, and map out what we can do to expand and build up. I would like to build out Super Mega Baseball, at depth, and kind of fully realize what the team’s vision is for the game. And then, like I said, we will explore other sports as well and grow the studio.

Bringing in Metalhead — a studio of about 16 employees — isn’t the only way Electronic Arts is turning back to baseball. The publisher last week completed a $2.1 billion acquisition of Glu Mobile, which makes MLB Tap Sports Baseball for iOS and Android.

Weber said that a Super Mega Baseball adaptation for mobile platforms is “not immediately what we are thinking of, but I think we’re open to anything at this point. […] I wouldn’t say no to it today; it’s just not part of our short-term plans.”

EA bringing Metalhead into its stable of developers is the latest in a six-month stretch of attention-getting headlines related to sports publishing. In December, the company swooped in with a last-minute, $1.2 billion deal to pick up Codemasters, makers of the F1 series and other motorsports titles.

Though Codemasters will continue to publish independently of EA Sports, Weber called Formula One racing a “top five sport, globally,” for its growth, particularly among fans engaged with video games. “F1 has been one that we have had our eye on for a couple of years, because of the trajectory of the sport on a global basis,” Weber said.

Then, in February, EA Sports announced that it would return to publishing a college football game, a space it left under a cloud eight years ago as former collegiate players sued over the rights to use and profit from their likenesses in commercial works like video games. Development is underway but early, with EA giving no time frame for a release beyond saying that it won’t happen this year and that expected changes to NCAA policies will clear the way for the game’s return in the future.

Finally, last month, EA said it had signed a new agreement with Augusta National Golf Club, bringing both its famous golf course and the Masters Tournament back to a video game for the first time since 2013. EA Sports’ forthcoming EA Sports PGA Tour will be the only golf video game with all four of professional golf’s major tournaments and their courses licensed to appear.

“We’ve always done really well with our golf franchise when we were in the early years of [new] console cycles,” Weber explained. EA’s last golf game, Rory McIlroy PGA Tour, launched in the spring of 2015, a little more than a year after the debuts of the PlayStation 4 and Xbox One. “It’s when we’ve always had our most successful side of the business, in terms of unit sales and engagement over time.”