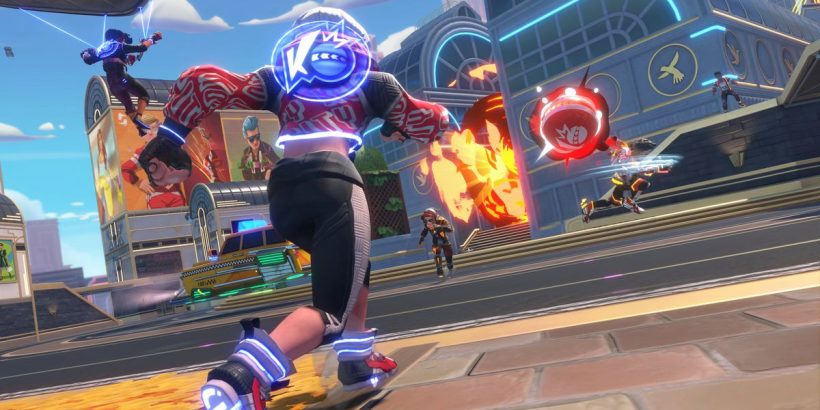 Knockout City’s console beta this weekend has been opened to everyone; no need to register for a code for access through Electronic Arts or developer Velan Studios.

The cross-platform beta gets underway on Friday, April 2, and runs until Sunday, April 4, on Nintendo Switch, PlayStation 4, PlayStation 5, Xbox One, and Xbox Series X. Players can join matches among those platforms as well as Windows PC, via Origin and Steam.

The beta client is available free through all those platforms’ marketplaces, and available to preload now. The cross-play beta unlocks at 9 a.m. EDT on Friday, April 2. Xbox Live Gold, PlayStation Plus, and Nintendo Switch Online subscriptions are necessary to participate in the multiplayer beta on the respective consoles.

Knockout City is a multiplayer riff on dodgeball, with plenty of first/third-person shooter elements — including tiered rewards and progression common to the battle royale genre. Players will have access to two playlists on each day. They are:

Players who participate in this beta will receive two in-game items — the Beta Blue Booster Glider, and the Beta Brawler Player Icon — when they return to the game for its May launch. Players who already signed up for this beta before it was opened to the general public will be able to use that gear this weekend.

Knockout City launches May 21 on all platforms available as part of this weekend’s beta; EA is offering a free trial to all players, on all platforms, granting access to the full game. It’s $19.99 to continue playing after the trial is over. Progression from the free trial (but not the beta) will carry over for those who purchase the game. Knockout City is also a cross-progression game, in addition to cross-play, meaning that progression and item inventory is tied to an account that all versions of the game client can access.