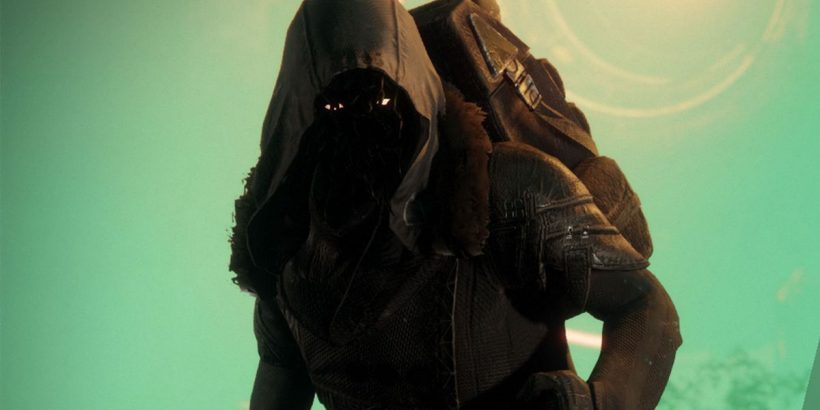 The weekly Exotic item merchant, Xur, hangs out in random locations around the world of Destiny. In Destiny 2, he can appear all over the map, as well as inside the Tower. This week, you can find Xur in the Tower, standing in the Hangar.

Xur’s inventory this week consists of the following:

As of Season of the Risen and The Witch Queen, Xur sells a random roll of both Hawkmoon and Dead Man’s Tale each week.

Here’s what he’s selling this weekend:

As of Season of the Lost, Xur also sells a collection of old armor and weapons — similar to Banshee-44 and Ada-1. Usually, these items are difficult to find and from seasons long past. Each item (whether armor or weapon) costs only 1,000 Glimmer and 50 Legendary Shards.

Xur’s Legendary inventory this week consists of the following:

Xur’s items drop at a power level similar to that of your character.

The Queenbreaker is a new Exotic from Destiny 2: Forsaken, and is a remake of the Queenbreaker’s Bow Exotic from Destiny. It’s an Arc linear fusion rifle with a choice between two kinds of zooms. The Marksman Sights increase Charge Time, zoom, and damage; the Combat Sights reduce Charge Time and increase Handling. The Exotic perk is Wire Rifling, which causes the bolts from the gun to blind targets.

The Queenbreaker is very powerful in any PvP environment. Even with the Combat Sights, it can quickly kill a Guardian in a single shot from far away. In PvE, this weapon is decent, but far down on the Exotic heavy weapon food chain. You should pick up The Queenbreaker if you don’t have it yet.

The Ophidia Spathe chest piece’s Exotic perk is Scissor Fingers, which lets Hunters throw two knives per charge. This Exotic is pretty neat, and knives have always been fun to use in Destiny. This piece is also fairly unique, as it lets players hold two charges of their melee ability while also granting them two charges instantly upon recharge.

When combined with the subclass’ unique abilities, you can essentially throw knives constantly. It’s a really fun play style, and definitely worth trying out if you have a Hunter.

The Titan exotics are the ACD/0 Feedback Fence. These gauntlets have the exotic perk Fury Conductors, which causes melee kills to build up energy. When you get hit with a melee attack, you release that energy in an explosion. Feedback Fence got a buff earlier this year, making these gauntlets pretty useful in the Crucible. While there are plenty of other good Crucible options for Titans, don’t let these completely slip past your gaze.

Skull of the Dire Ahamkara

The Skull of Dire Ahamkara is the Warlock helmet on offer this week. It’s a pretty good exotic — although nerfed in Year 3 — and can be devastating when used properly. Its exotic perk, Actual Grandeur, causes you to take very low damage while casting Nova Bomb — and your Nova Bomb kills grant Super energy instantly.

If you can accurately place your Nova Bomb in a large group of enemies — in PvE or even PvP — you will refund quite a bit of Super energy. If you like playing Voidwalker at all (especially with the new Void 3.0 changes), this is a great helmet.

Starting in Beyond Light, Xur has a new quest for an Exotic Cipher. The Exotic Cipher lets you buy old Exotics from the Monuments to Lost Light kiosk in the tower. You’ll need these items and some other currencies to pick up Exotics like Heir Apparent and Truth.

This week, Xur wants you to complete 21 Strikes or win Crucible or Gambit matches. By finishing the quest, you’ll earn an Exotic Cipher to use however you want.