Destiny 2 patch 2.2.2. went live on Tuesday, and players have already found a new quest in the game. In the Heroic Adventure “Bad Neighbors” on Titan, players discovered a secret door. Through the door, they found a Fallen Transponder — a new Exotic quest item.

At the moment, nobody knows what to do next. Opening the Transponder in the Pursuits menu shows a panel of six nodes. Riddles behind the nodes request that players find hidden locations around the world of Destiny 2. Thanks to a data mine and the SIVA-themed symbols around the Fallen Transponder, players are confident this new quest will lead to the Destiny Exotic weapon Outbreak Prime.

Outbreak Prime was originally discovered in the Wrath of the Machine raid from Destiny’s Rise of Iron expansion. The quest involved using binary inside the raid to open several doors. The Exotic pulse rifle quickly became a fan favorite, and it looks to be back in Destiny 2.

We aren’t sure what Outbreak Prime looks like in Destiny 2. In Destiny, Outbreak Prime came with The Corruption Spreads, a perk that made SIVA nanites fly out and attack enemies after they had been shot several times. 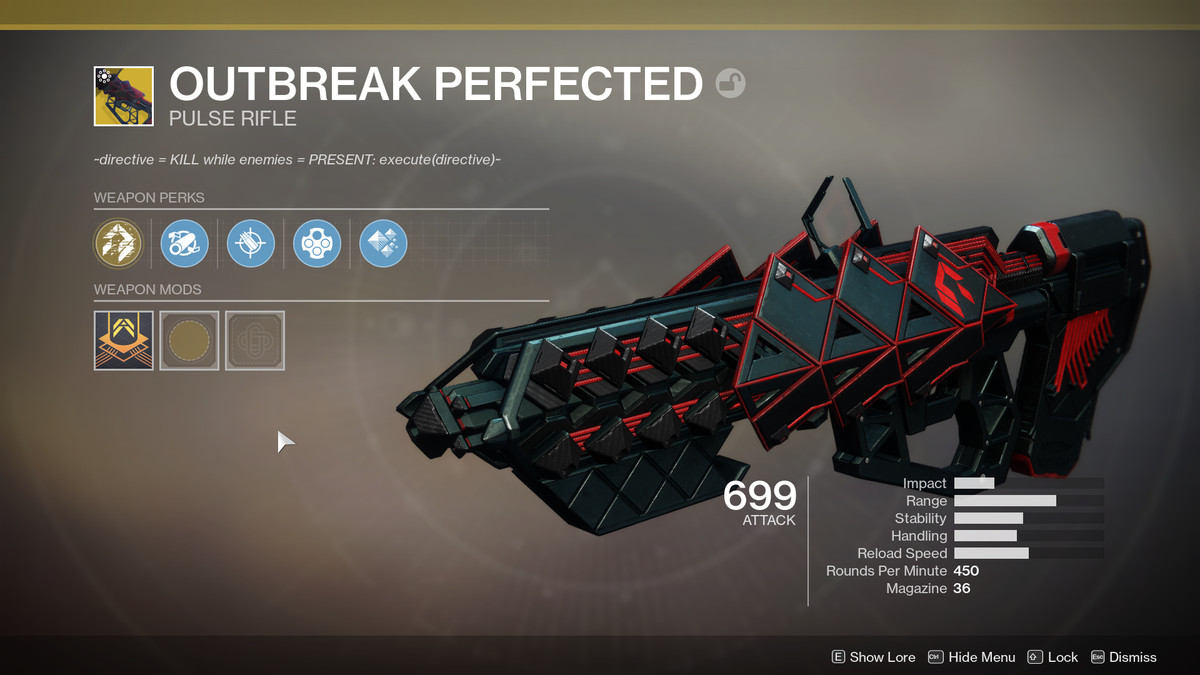 Outbreak Perfected comes with a Catalyst slot, although players haven’t discovered how to earn it yet. The Eververse is also selling two ornaments for Outbreak Perfected, like it did with Thunderlord and Whisper of the Worm.

For tips on how to pick up Outbreak Perfected, check out our guide.