When I logged off the PC version of Dauntless last Friday night, I had no intention of playing it over the weekend. I was enjoying the game, but I also wanted to spend time with my fiancée and the cats on the couch in our living room.

It dawned on me as we were watching TV: I have two displays in my living room. A quick install later, I was playing Dauntless through my PlayStation 4 with the other TV on in the background. I had full access to my account with my progress and gear, even though I was playing on a different platform from the one I had started on.

Dauntless is a game about hunting monsters and turning them into hats and hammers and swords. It’s a game that rewards my time — the more I play, the more powerful I become. I may need to kill the same monster five or more times to build something new. Progress requires investment.

A loss of progress is death for a game like Dauntless. I’m moving a bit closer to my next goal every time I log on, even if it’s just collecting some monster parts I’ll use later. The time invested while playing is the entire point.

Logging into the same character on my couch that I was just playing in my office chair felt like the future of gaming. The console version of Dauntless runs a little worse and being farther away from the screen makes it harder to see the smaller bits of UI, but playing Dauntless using a lesser living room setup is better than locking myself away from loved ones to hunt monsters.

I had just unlocked the ability to hunt Kharabaks and Stormclaws. On my PC, I was gathering parts and hunting around to prepare — jumping into patrols to get Shrike pieces and improve my favorite axe. By the time my fiancée got home and it was time to log off, I had just gotten ready to tackle my new hunts. 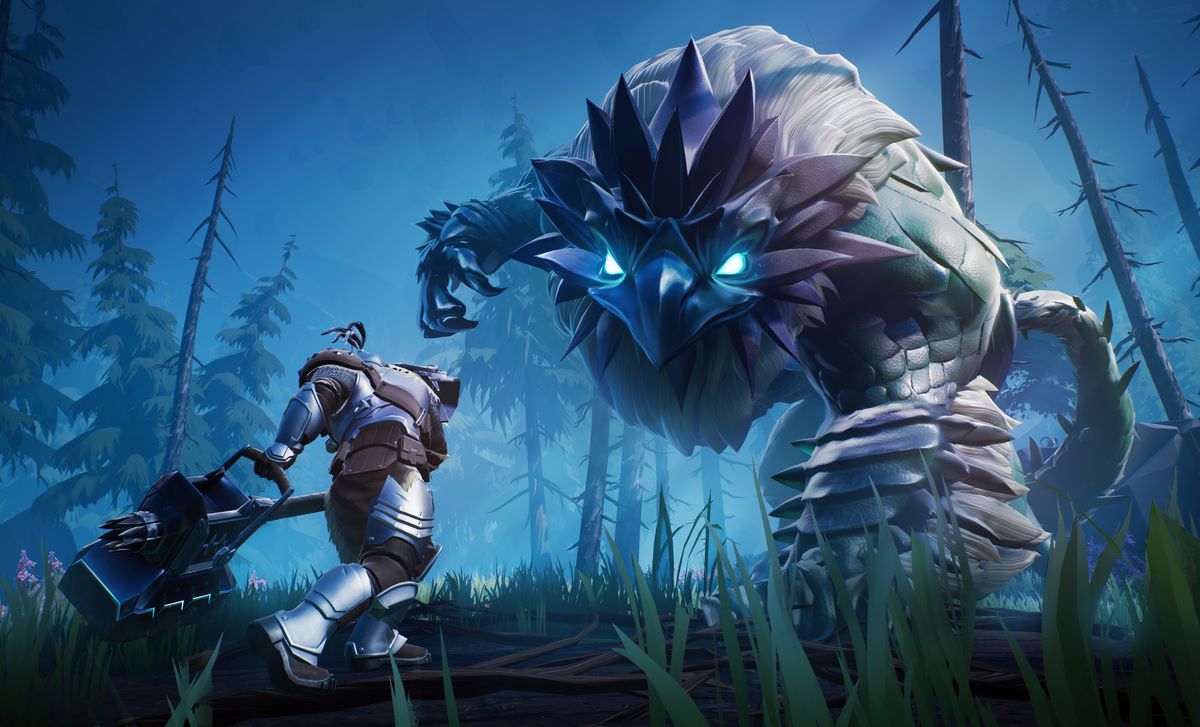 A hammer Slayer taking on a Koshai
Phoenix Labs

Sitting on the couch, enjoying our time together, I was itching to take on the game’s newest monsters. Cross-save let me scratch that itch. I used my entire weekend to hunt Kharbaks and Stormclaws, and even later game monsters like Riftstalkers, Valomyrs, and Koshais. Without cross-play, I would’ve saved it all for another week.

Dauntless’ cross-play and cross-save also open up opportunities to help new friends join the hunt. Even if I’m on my PlayStation, I can help friends kill their first monsters while they play on PC.

Without cross-save, I may have had trouble finding three other Slayers to take on a specific monster fight on my chosen console. But opening it up to the entire player base means I usually find a group in less than a minute.

It’s rare that features in a game can be “life-changing.” But cross-save and cross-play make a major impact. Being able to help my fiancée through a particularly tough Destiny 2 quest on PS4, even though I play PC, would change our relationship. Playing the next Diablo with long-lost friends who prefer to play on Xbox would change our friendships.

Dauntless isn’t the first game to add cross-play. Fortnite and Rocket League have had cross-play for months. But with something like Fortnite, which also has cross-save, it’s all about competition. The investment counts for cosmetics and challenges. Call of Duty: Modern Warfare will also have cross-play, hopefully signaling a larger trend of platform-agnostic games now that even AAA franchise titles are adding the feature. I hope that games without cross-play will feel like the exception, not the other way around.

When investment is king, players can be afraid to lose what they have. Starting over on a new platform usually means a major loss of progress and time. But Dauntless is the first game I’ve played that’s taken that fear away from me.