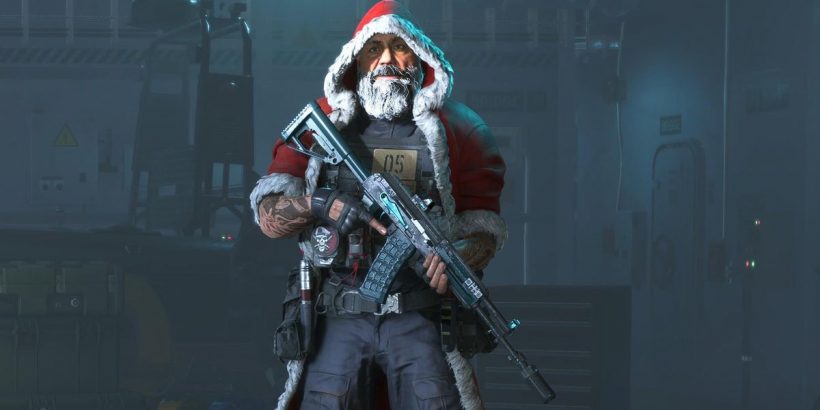 Battlefield 2042 players, many of them already annoyed by the direction and current state of Electronic Arts and DICE’s new game, seemed none too happy to see Santa Claus — or rather a Santa-themed skin — show up among the shooter’s upcoming holiday-themed cosmetics on Thursday. The skin is for Battlefield 2042’s Russian fighter, Boris Guskovsky, it’s called Father Christmas, and for some Battlefield players, it’s simply too silly for the game’s grim military near-future sci-fi setting.

“I knew clown show skins like these were coming,” one player said on the game’s subreddit. “But DICE wasted no time and added them in the very first update. Incredible.” Another popular reaction comes from a similarly annoyed Battlefield fan, who said, “This shit is straight outta the Warzone store,” referring to the cosmetics-heavy Call of Duty competition.

The Father Christmas skin appears to have leaked out a bit earlier than DICE planned, and without much context. Other skins, including holiday-themed wraps for a tank and helicopter, were also discovered (and quickly panned) by players.

Annoyance and anger at those cosmetics seems amplified by Battlefield 2042’s launch woes; DICE rolled out an update on Thursday that aims to fix a number of issues with the game, but Battlefield 2042 already has a “mostly negative” user response on Steam, where the game’s player base is quickly shrinking, according to data from SteamCharts.

Players’ response to Father Christmas and other holiday-themed cosmetics in Battlefield 2042 forced DICE to respond through its Direct Communication Twitter account. Developers attempted to explain the thoughts behind developing those skins and to assure players the studio is working to address the community’s larger concerns.

“Development for Live Service requires us to work months in advance, and enables us to have options when we reach key moments in our first year,” DICE said. “Today, we have other priorities, and so whilst we have the skins, we presently have no plans to utilize all of them this Holiday.

“We also create unique cosmetics for single time use in special Battlefield Portal modes to further enhance the fantasy in special events. Throughout our live service, you may occasionally encounter these mode locked cosmetics, which don’t impact the rest of the game.”

DICE said that creating those special modes provides the team with “exciting new opportunities that let us explore with more creative freedom than before,” adding, “Having you all along for the journey is something we don’t take for granted, and we’ll be grateful to hear your experience with those modes.”

EA and DICE announced big changes for Battlefield on Thursday, including the appointment of Respawn co-founder Vince Zampella as new head of the franchise and plans for a “connected Battlefield universe.” That expanded universe is being developed at a variety of studios, including DICE; Battlefield Portal developer Ripple Effect (née DICE LA); Marcus Lehto’s new, unnamed, Seattle-based studio; and Industrial Toys, the Alex Seropian-led studio working on a Battlefield mobile game.