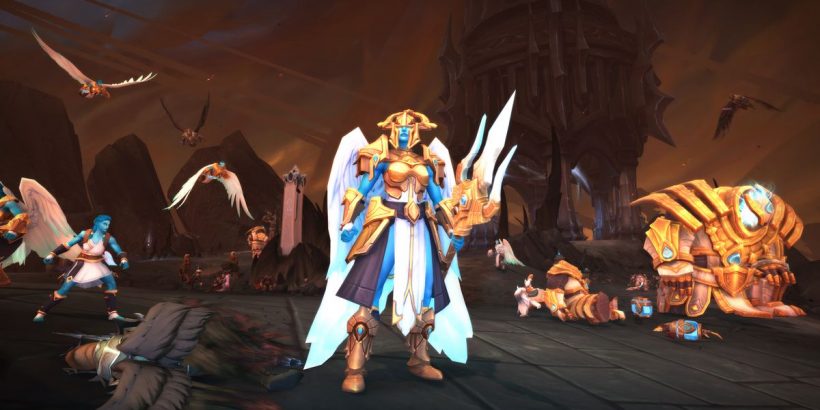 World of Warcraft players have been battling against the nefarious Jailer since the start of Shadowlands, but the Sanctum of Domination raid is the first time we get to really spend any length of time with the big guy himself. The raid ends with a fight against Sylvanas Windrunner, a former hero of the Horde, as she makes sure the Jailer can carry out his dark plan. Despite the high fantasy setting, the supernatural realms of death, and the orchestral music that plays throughout, the end cinematic feels more like a scene from Passions than Warcraft.

[Warning: This article contains spoilers for the Chains of Domination patch.]

Sylvanas Windrunner is a Warcraft 3 character who is also one of the most popular characters in the Warcraft franchise. She was an elven ranger killed by the runeblade Frostmourne, then raised into an undead banshee. Since then, Sylvanas has been unpredictable. She’s ruthless and focused on revenge, and that has accelerated quickly since the Legion expansion. She kicked off the Battle for Azeroth expansion with a big fiery genocide, and since then, she’s been escalating her villainy even more. (Fans have continued to love her regardless, despite all the burning and pillaging.)

In Shadowlands, she teams up with the Jailer. We don’t know a lot about the Jailer, besides the fact that he was exiled to rule over super hell by his siblings. But in the Sanctum of Domination raid, the Jailer wins. He seizes the MacGuffin, powers up, and delivers his villain monologue. Sylvanas finally realizes the guy wearing skulls and torturing souls is going to extend that kind of treatment to her as well, and turns on him.

The Jailer is so buffed up on soul juice at this point that he doesn’t seem overly bothered by her betrayal. Instead, he tosses her a crystal of some kind and peaces out. When Sylvanas looks up, she now has blue eyes, and seems pretty concerned with stopping the Jailer.

So, uh, what exactly happened? If you haven’t been keeping up to date with Shadowlands lore, you’re probably pretty lost. Blizzard has sown the seeds of this through past quests, and the truth is actually very simple:

Sylvanas has two souls, one of which is benevolent, while the other one is malicious. Uther, who also died from a sudden case of Frostmourne, had a double soul problem he had to fix as well. Sylvanas’ better half was trapped in a crystal, and by giving her that crystal, the Jailer yeeted it back into her mortal shell.

World of Warcraft’s new soul information is a philosophical nightmare

We’re not entirely sure what will happen to Sylvanas next, because it’s not like there are rehab programs for soul-fusing. Are people criminally responsible for any of the acts they committed while they were missing half of their soul? Presumably, many of these questions will be answered in future patches — and in the upcoming Sylvanas novel in February, which delves deep into the character and her life.