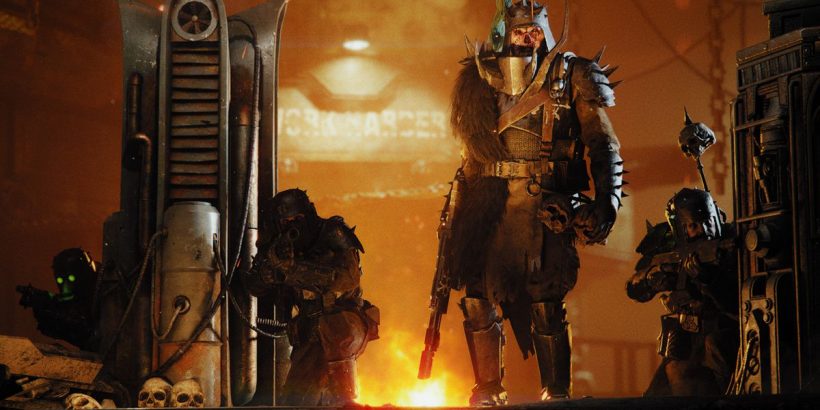 Warhammer 40,000: Darktide, the Left 4 Dead-style cooperative shooter set in the 40K universe, will be released on Sept. 13 for Windows PC and Xbox Series X.

Developer Fatshark, known for the similar and well-received Warhammer: Vermintide games, made the announcement in a short teaser trailer showing the game’s mismatched team of Imperial Guardsmen whiling away the time until they go into action with a game of cards. There’s a brief burst of bloody gameplay after the release date is revealed.

Darktide was announced in 2020 before having its release delayed due to the difficulty of development during the coronavirus pandemic. The September date is a little later than the “spring 2022” we were promised then. The PC release will be on Steam, while Xbox players can expect to see it included in Game Pass for consoles.

Darktide will pit teams of four players against hordes of zombielike creatures in a clash between Imperial and Chaos factions in the hive city of Tertium. If it upholds the quality of Warhammer: Vermintide 2, it should be a gruesome good time.