The core aspects that made up the original are still there, of course – you play as a newly-minted (or “embraced”) vampire, trying to survive the secret world of vampires, werewolves and other things that go bump in the night which you’re now a part of. Simultaneously, you’re also trying to maintain a grasp of your humanity, which can become harder and harder the more you feed on humans or give in to your newfound beastly urges. Lastly, you’ve got to manage all of this while keeping it hidden from human sight – maintaining the titular “Masquerade”  – to ensure that the world your vampiric masters have worked so hard to create isn’t suddenly thrown into chaos. So, yes – Bloodlines 2 is undoubtedly the successor to the original that it claims to be, but it definitely does not look like a game based on something from 2004, either. 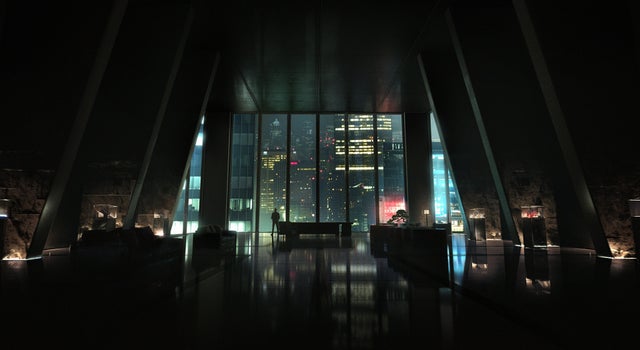 This notion of coming to terms with one’s identity is present throughout the game, but is especially prevalent when it comes to character creation and how you’ll progress through the story. At the onset, you’ll be able to choose a background for your character, who they were in their pre-vampiric life. Depending on this choice, you’ll experience different alterations in the world as you explore. For example, if you choose the “Cop” background and visit a police station, there’s a good chance someone on duty will recognize you. Alternatively, you could select the “Barista” background, and no one will remember you or give you a second look. The world is reactive to your character and your choices, the team says – and the effects of those choices can be far-reaching story consequences or something as simple as what pronoun NPCs refer to you with. 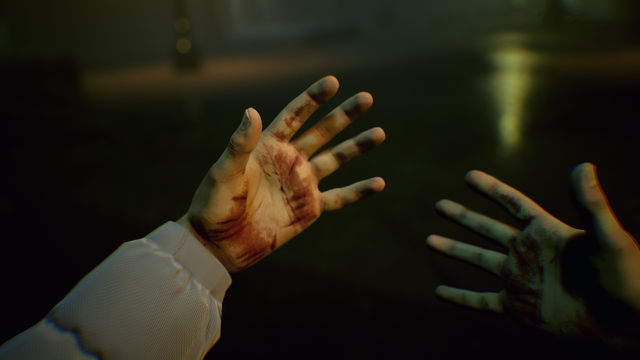 In another shift from the beginning of the original, Bloodlines 2 no longer starts you off as a member of a specific clan with a locked set of special abilities (aka “Disciplines”). Rather, you begin the game as what’s known as a “Thinblood,” a vampire who’s natural abilities are somewhat limited due to the dilution of their bloodline over the course of centuries.

It will be up to us as players to decide later in our adventure which clan we want to join and which Disciplines we want to learn.”

“They’re kind of looked down upon in vampire society, which is kind of a bad place to start from, a vampire perspective,” says Mitsoda – but Christian Schlutter, Paradox’s lead producer on the project is quick to point out that, “from a player perspective, it offers progression. You start out small, but now you can actually grow as a vampire.”

Powers can still be obtained, but it will be up to us as players to decide later in our adventure which clan we want to join and which Disciplines we want to learn. Your starting abilities allow you to choose one of three vampiric powers that further enhance your mobility and combat effectiveness. The Chiropteran ability allows you to float, or even fly, some might say bat-like, for short to medium distances. Nebulation, the power we saw the least of but by far the one I’m most curious about, let’s you turn into mist and sneak through air ducts or surprise your enemies (or just some really unfortunate mortals), and finally there was Mentalism, which seems to basically just be another word for telekinesis – you can interact with and manipulate physical objects without actually touching them. I got a chance to see these abilities used in both traversal and combat, and I was glad to realize I didn’t feel like I’d be at a disadvantage should I “choose wrongly.” 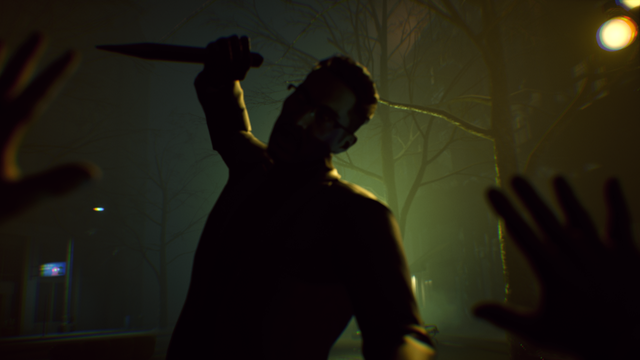 For my money, though, the coolest (or, at least the most interesting) aspect that I saw of Bloodlines 2 was what it called Resonance. As a vampire, you’ll have to feed to keep your vitality up. While there is a “bagged” option, according to our early-game vampire guide Dale, the obvious choice is to hunt for fresh blood. This is, as you may have expected, a massively important component to Bloodline’s narrative. If you choose to survive off rats alone, so be it – but mortal humans will always offer the most bang for your buck. The only issue is that if you give in to your newfound bestial vampiric nature and feed too deeply, killing your victim (as opposed, I guess, to simply scarring them for life), you lose a part of your Humanity. It’s your Humanity level that keeps you from going mad, giving in to The Beast, and turning everyone around you into human Capri-Sun pouches.

As you build up over time, you develop an acquired taste.”

All that out of the way, Resonance makes the act of choosing your victims more diverse, and feeds back into the all-important progression loop. While stalking mortals from the shadows, you can use your Heightened Senses (think vampire Detective Mode) to focus on the blood in potential nearby targets. Each person will have a certain aura, a color wrapping around them (and their delicious blood) to indicate what their current emotional state is – red for anger, violet for fear, yellow for desire and so on. This is the resonance their blood contains. When you feed on someone in a particular emotional state, you’ll earn temporary buffs for abilities that correspond to that feeling. If you feed on someone who’s angry, you may see a boost to your melee damage or intimidation skill. Drain someone who’s feeling amorous and you’ll likely find it easier to seduce or persuade people in conversation. 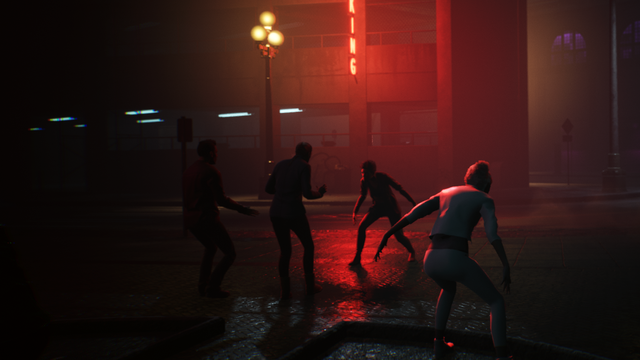 “Each one is aligned with different types of play styles,” says Kipling, “and as you build up over time, you develop an acquired taste.” These ‘acquired tastes” are known as Merits, and are permanent perks that you’ll earn if you continuously feed off of certain resonances. It’s a mechanic that builds well on the interesting themes at play in Bloodlines 2. How am I supposed to retain my humanity, to keep control, when offered so many opportunities to become more powerful? I don’t know much about the over-arching story, but it’s this aspect that I think I’ll find most fascinating. There’s apparently a series of sidequests that focuses on the struggles of other newly-formed Thinbloods, written by Cara Ellison, that I’m looking forward to exploring – to see how my transformation stacks up against others who met a similar fate as myself.

There’s a lot in Bloodlines 2 that’s got me eager to see more, and I know I’m not the only one. The developers are well aware of how invested the fan community is in returning to White Wolf’s World of Darkness. “This is one of the biggest cult games ever made,” Mitsoda says, “so we know that the first question the fans are going to ask is ‘Is this really Bloodlines, or did you just slap ‘2’ on something that doesn’t feel like Bloodlines?’ And the most important thing, for us, is to say ‘No, it’s Bloodlines.’”

Based on what I’ve seen so far, Bloodlines 2 is every bit the worthy follow-up it could be, while also having the potential to be an excellent take on the modern RPG. I’ll look forward to seeing what else is revealed along the road to its release, and what how the community, new and old, reacts.