The Ghostbusters are coming to Planet Coaster, the theme park simulator from Frontier Developments. New downloadable content will include the voice talents of Dan Aykroyd as Ray Stantz. Also returning is William Atherton, who reprises his role as the villain Walter Peck.

According to a news release, the DLC will include a full story-driven campaign voiced by Aykroyd. New content includes two new interactive in-game rides: The Ghostbusters Experience and a kid-friendly ride called RollerGhoster. Other franchise staples making an appearance include Slimer, the Stay Puft Marshmallow Man, the ECTO-1 ambulance, and even the 1984 film’s original theme song by Ray Parker Jr.

And yes, in case you were wondering, the action will include the busting of some actual ghosts. Ray himself will be on hand primarily for “mentoring players throughout their campaign as they build their park and take care of the ghostly issues that besiege their rides.” 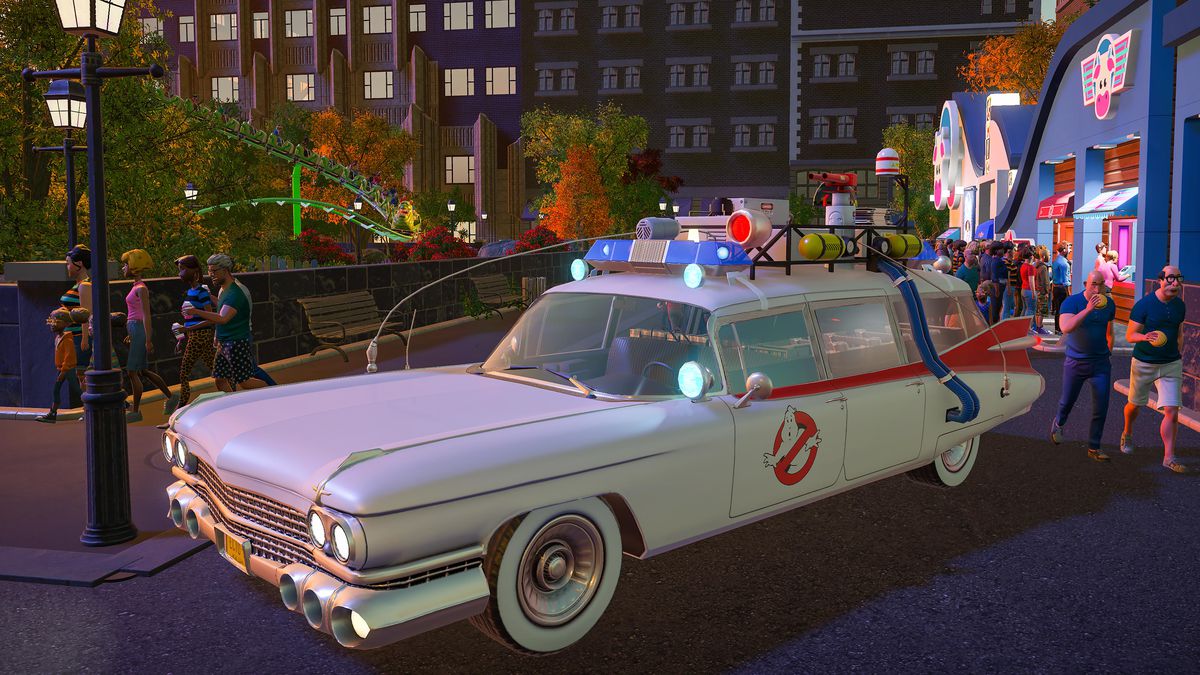 Frontier has been on a tear recently. Last year it added Jurassic World Evolution to its catalog of popular simulation and management games. The developer’s stable also includes RollerCoaster Tycoon 3, Thrillville, LostWinds, Kinectimals, Disneyland Adventures, Zoo Tycoon and ScreamRide. The company is perhaps best known for Elite: Dangerous, the spacefaring game featuring a realistic interpretation of all 400 billion star systems in our Milky Way galaxy.

Planet Coaster: Ghostbusters will be out “soon” on Steam.