Developer Mobius Digital has been working on space exploration puzzle adventure Outer Wilds for the past seven years, but it’s pure chance that it came out at roughly the same time as the Apollo moon landing’s 50th anniversary. “It’s a wonderful coincidence,” says level designer and producer Loan Verneau. “It feels appropriate.”

Outer Wilds is already being tipped as a potential game of the year, with reviewers (myself included) charmed by its originality, as well as the beauty of its various locations. I spoke to Verneau and creative director Alex Beachum about how they had gone about designing such a standout release.

Outer Wilds is a game in which humanlike aliens take flight from their home planet, to explore the secrets of their solar system. Partly, it’s a game of skill which challenges players to master rudimentary space flight and low-gravity perambulation.

It’s also a clever narrative puzzle that plays with the laws of gravity and astrophysics. Outer Wilds’ central premise is that the universe ends and then resets every 22 minutes. This trick creates a thrilling sense of peril and urgency each turn. 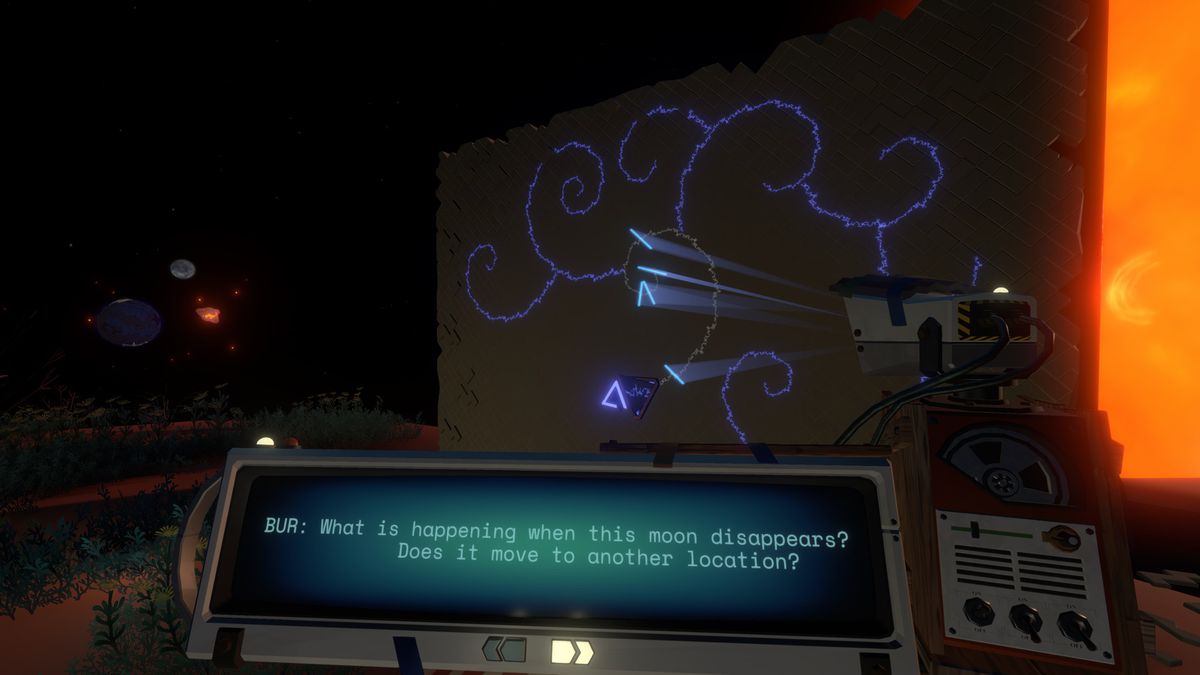 Outer Wilds began as a student project at the University of Southern California. “We wanted to create a world that changes over time, in really dramatic ways,” says Beachum. “Originally, it wasn’t necessarily going to be a time loop. We just wanted planetary exploration and irreversible events that are beyond the player’s control.

“It was more of like, OK, we’re going to let the world run for some amount of time and then punch a reset button. We started playing with it and at some point we decided to just make the reset part of the story a time loop.”

Initially, the time loop was 18 minutes, but it was extended to 22 minutes when the story became more complex.

In the final 22 minutes of the solar system, players explore a handful of planets, each of which has its own weird dynamics. One planet is on the verge of destruction from a bombardment of naturally occurring fireballs. Another is a set of twins, in which billions of tons of sand transfer from one to the other. Yet another is a gas giant with massive storms.

“It’s not a player-centric game at all,” says Verneau. “It’s about nature, and nature doesn’t care much about us. It just happens. It’s up to us to understand it.”

“We wanted the world that could go on existing without you,“ adds Beachum. “It’s a place you learn about and where you do interesting things. But you’re only one part of that world, which carries on whatever you do. We wanted to create a sense that things are happening even when you’re not there.”

If I show up to the planet that’s being destroyed late in the time loop, many of the platforms and features that I would have seen early in the loop are gone. Likewise, on the planet that’s filling with sand, any tardiness means that useful clues will be buried. These are facts that I learn and process as I play through dozens of time loops, accruing knowledge.

This fascinating dynamic makes the world feel like a real place, a fully connected enigma, rather than a set of separate puzzles. But it posed lots of design challenges for the development team.

The answers were found through constant iteration, until there were potential access points (or at least clues) for players no matter when they showed up. Beachum explains that the planet on the verge of bombardment-destruction is packed with secrets. “There are multiple paths in parallel with each other so that even when pieces of that path fall away, you can still technically traverse. The game’s nonlinear enough that people do end up figuring things out.” 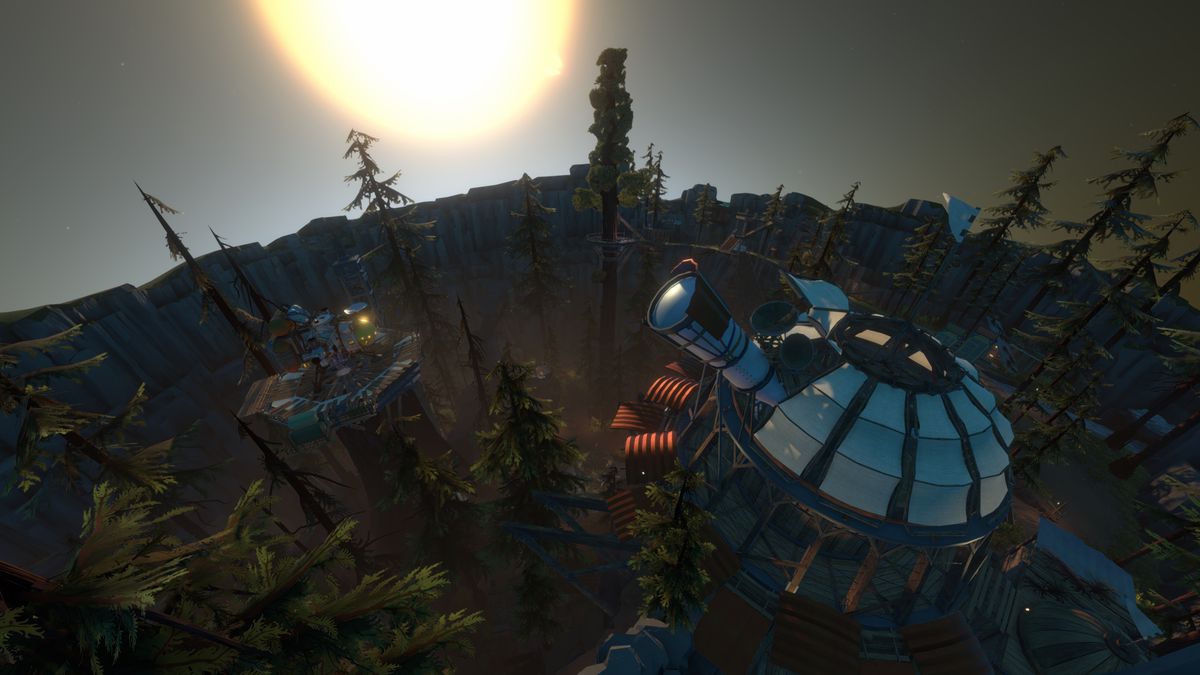 Outer Wilds is an open world in which players unlock secrets at their own pace. There’s little in the way of linear guidance. The game excels because it’s full of surprises. No matter how I play, its narrative unfolds as a seemingly natural consequence of my own curiosity.

This means that the designers have to place a lot of trust in the players. Beachum explains: “When you have a game that’s completely knowledge-gated, it’s not always easy to tell which obstacles players are going to figure out, and which they’ll back away from.”

Playtesting proved to be a key part of the design process. “We definitely made a bunch of the clues easier,” explains Verneau. “In the end, we streamlined to a few simple rules and systems that the player can figure out, without scrambling their brains.”

But the original inspiration was always about exploring space, and this is where the Apollo 11 moon landing moves into view once again.

“The space flight, the physical and physics elements, were the starting point,” says Beachum. “Once we had this astrophysics simulation working, we built the narrative and puzzle elements into that world. But it all goes back to wanting to feel like real-world space exploration, in the lineage of the Apollo missions.”

Outer Wilds is available now on Windows PC (via the Epic Store) and Xbox One. Mobius is working on other platform releases, to be announced.