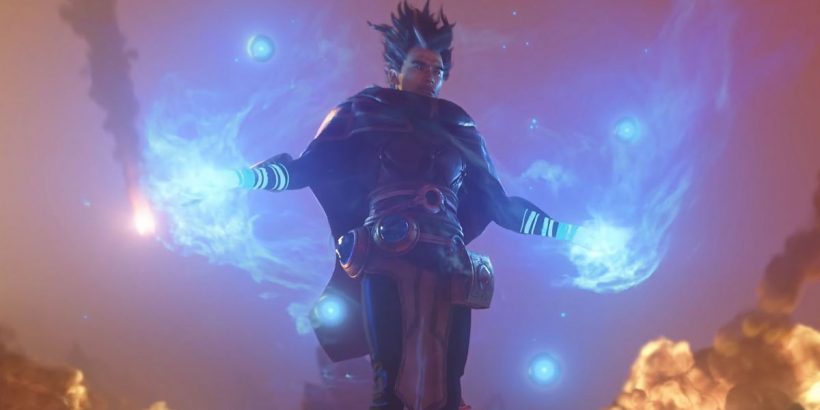 At one point during my recent preview of Magic: Legends, the new action role-playing game based on Magic: The Gathering, my character stopped, raised her hands above her head, and vanished in a flurry of magical energy. It was the first time that I had ever seen someone planeswalk before, and according to executive producer Stephen Ricossa, it’s just one of the little details that his team had the opportunity to bring to life for the first time.

In Magic: Legends, players will take on the role of a planeswalker — a powerful magical being with the ability to move between dimensions. It’s a trope that lies at the heart of the seminal collectible card game. Every new set of cards that gets released takes place in a different part of the Magic multiverse known as a plane. But traditionally, the static card art hasn’t focused all that much on the act of planeswalking itself. It’s usually something that happens out of frame.

But over the last few years, Hasbro — the company that owns Magic publisher Wizards of the Coast — has made a concerted effort to make the original collectible card game into a modern transmedia property. Magic: The Gathering comics have been around for years now, of course, and there’s a new deal with BOOM! Studios by writer Jed MacKay (Black Cat) and artist Ig Guara (Ghost-Spider). There have been novels as well, including 2019’s Ravnica: War of the Spark, which killed off a beloved character. That book, penned by Greg Weisman (Gargoyles, Star Wars Rebels), quickly became a New York Times bestseller.

There’s also a Netflix animated series in the pipeline, with brothers Joe Russo and Anthony Russo at the helm. The planeswalking animations that you’ll find while playing Magic: Legends? Well, they didn’t just get conjured up out of thin air.

“It’s actually very cool,” Ricossa told me during my demo. “[Wizards] provided us the concept art that they were using for animating the planeswalking.”

That means that what you’re seeing in Magic: Legends, which enters open beta on Windows PC on March 23, is a tiny preview of what’s to come in the Magic animated series. It’s all the result of the work that members of the Wizards of the Coast team have been doing for the last several years. We interviewed one of them, franchise creative director Jeremy Jarvis, in 2019.

“This is not just for Netflix,” Jarvis said at the time. “My franchise IP development team and I, we are doing explorations into motion, into bringing things to life in ways that the [trading card game] doesn’t have access to, of visualizing powers of, What does it actually look like when the character does the thing? What does planeswalking look like? Right? We’re doing that exploration at a franchise level.”

According to his LinkedIn profile, Jarvis has recently received an upgrade. He’s now the creative director for Wizards franchise development writ large, trying to apply some of the Marvel Cinematic Universe magic to franchises like Magic, but also to Wizards’ other properties. He’s now charged with “insuring transmedia and entertainment readiness of all Wizards IP.”

That bodes well for the Dungeons & Dragons movie, which is already in development.

The latest set of cards for Magic: The Gathering is a throwback to three sets of cards published 15 years ago, specially designed for drafting. It also breathes some new life into the entire hobby by publishing some highly sought-after cards.