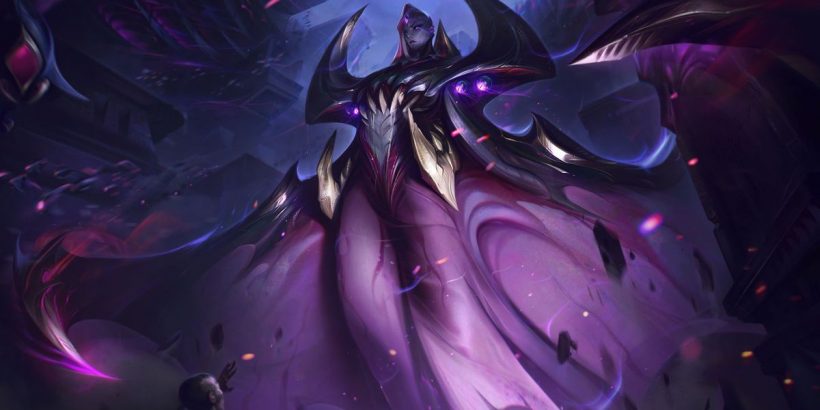 Most of Bel’Veth’s kit is centered around attack speed, including the fact that hers infinitely scales. Every time Bel’Veth kills an enemy champion or a large neutral monster, she will gain additional attack speed with no cap. Most of her abilities get shorter cooldowns the more attack speed she has, but she also gets to do a bit of additional true damage with more she attacks a single enemy champion.

Of course, the real star of Bel’Veth’s kit is her Ultimate, which allows her to transform into her true form as a massive Void creature, shedding her human-shaped disguise. Bel’Veth can only transform if she has a piece of Void Coral, which she can get from killing enemy champions or large neutral objectives. Her true form grants her a variety of buffs including higher health, movement speed, and attack speed.

Bel’Veth will be released onto League of Legend’s Public Beta Environment some time in the next couple of days, then into the live game two weeks later. Until then, here’s a full look at all her abilities:

After using an ability, Bel’Veth’s next 2 attacks have increased attack speed. Additionally, whenever Bel’Veth takes down a large monster or champions she gains permanent bonus attack speed in the form of Lavender Stacks. Bel’Veth attacks faster than normal and does not have an attack speed cap, however, her attacks and on-hit effects deal reduced damage and she does not gain attack speed on level up.

Bel’Veth dashes in one of four directions, dealing damage to all enemies she passes through and applying on-hit effects. Each direction has its own unique cooldown that scales with attack speed.

W — Death From Above

Bel’Veth slams her tail down, dealing damage, knocking up, and slowing enemies hit. Upon hitting an enemy champion, this ability reduces Q — Void Surge’s dash cooldown in the direction of the champion hit.

Bel’Veth channels a storm of slashes around her, gaining damage reduction and increased life steal. Each slash strikes the lowest health enemy within her Maelstrom, dealing more damage the more health they are missing. The amount of slashes scales with her attack speed.

Active: Bel’Veth consumes a piece of Void Coral and explodes, slowing and dealing True Damage to nearby enemies based on their missing health. Upon consuming Void Coral, Bel’Veth temporarily changes into her true form. Consuming Void Coral left by Epic monsters from the void (Rift Herald and Baron Nashor) grants Bel’Veth her true from for an extended duration and causes minions that die in her presences to be reborn as faithful Voidlings.

True Form: When Bel’Veth unleashes her True Form, she gains increased max health, out-of-combat move speed, attack range, and total attack speed. While in her True From, she also gains the ability to dash through walls with Q — Void Surge.