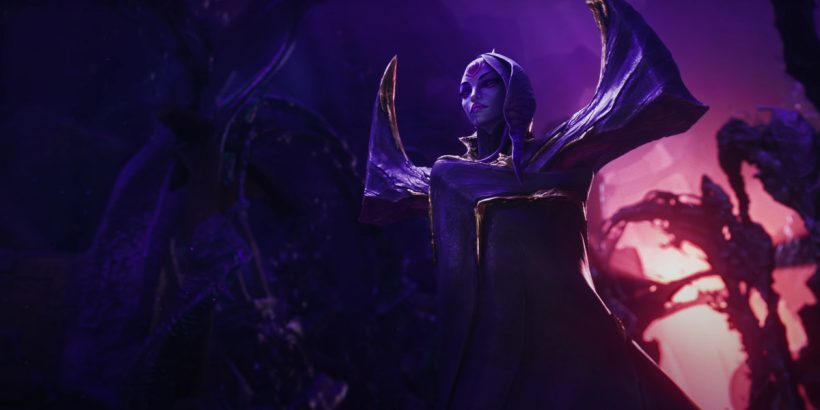 League of Legends has a new monster. Bel’Veth, a deceptive new Void creature, has been revealed as the game’s latest champion. The champion’s introduction came by way of a creepy new teaser trailer that Riot released on Friday.

The trailer starts out with Kai’Sa making her way through the perils of the Void. But before she can get very far, she’s met by a strange-looking woman: Bel’Veth. The two have a brief fight, but after Bel’Veth captures Kai’Sa, the monster reveals her true form as a horrifying Void creature with tentacles and a glowing mouth. Just as the terrors of Bel’Veth are revealed, the teaser cuts to black.

While this teaser is heavy on atmosphere and creepiness, it does a better job of showing us Bel’Veth’s general vibes than her actual kit. It does seem that she often disguises herself as a human, so it’s unclear how often we’ll see her monster form on Summoner’s Rift. Based on Riot’s normal schedule, we’ll hopefully learn more about this new Void champion sometime next week.