World of Warcraft Classic will technically be released on Aug. 27, and will be available at the same time in every region. The game’s release date and time are based on Central European Summer Time, so the official release will happen at 12 a.m. CEST on Aug. 27.

This means American players will have a slightly different date than most other regions. In the Americas, the Classic servers will go up at 6 p.m. ET on Aug. 26. Players who are already subscribed to World of Warcraft can jump into one of the game’s many (mostly full) servers, create their character, and reserve their preferred character name.

While Classic is set to release at the same time around the world, it may take a little longer for some players to get into the game. According to Blizzard, Classic’s servers are likely to have very long login queues when the game launches. The developer has put up a few additional servers in the North American regions already, with more on the way before release, but players may still have to wait a while before they can actually get into the game. 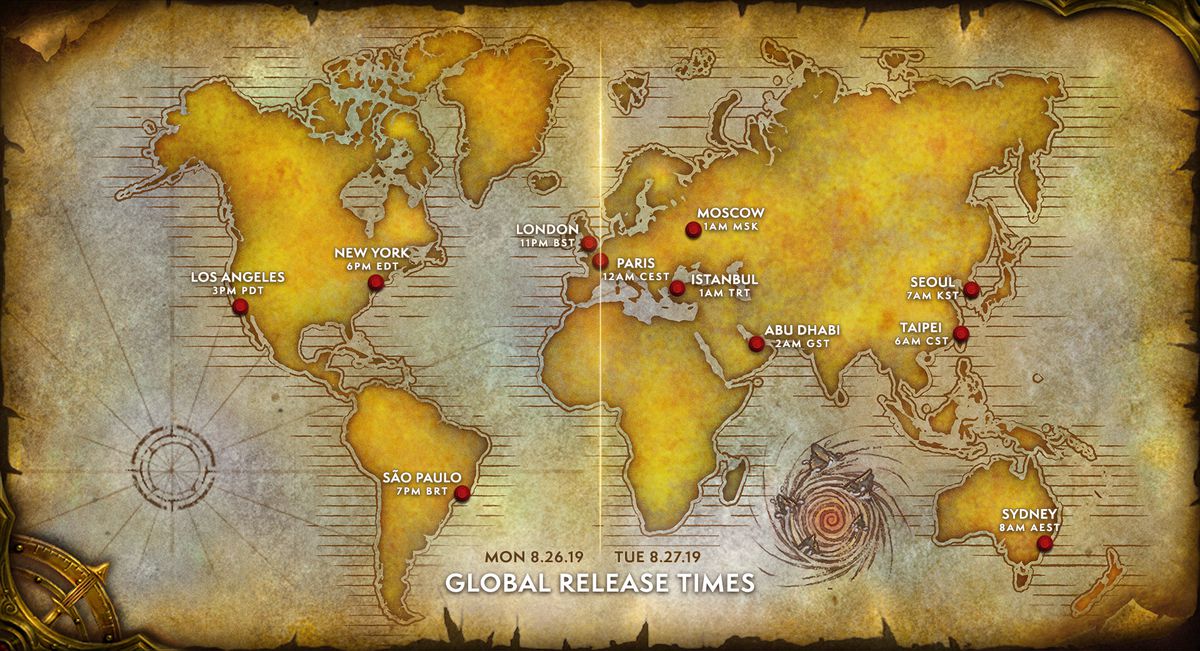