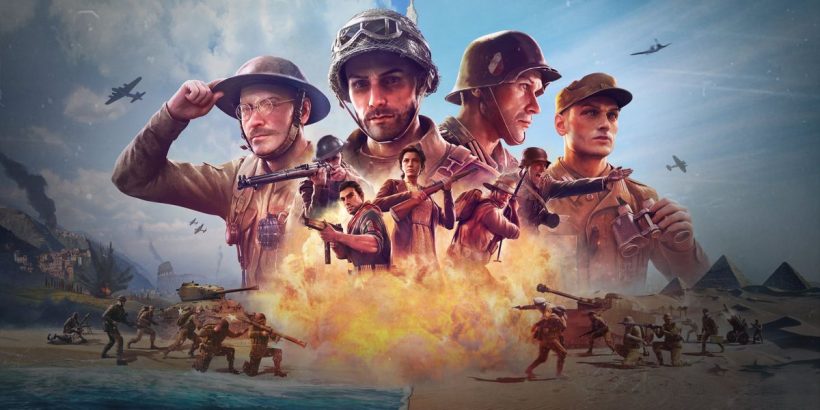 Company of Heroes 3 is on the way from Relic Entertainment. This time around, the World War II strategy game series will focus on the Mediterranean theater, with campaigns in Italy and North Africa. Fans can play an early build of the game on Steam for free starting today through Aug. 2.

Relic tells Polygon that CoH3 is still in active development, and more than a year away from release.

The original Company of Heroes was released in 2006, while its sequel was launched in 2013. The real-time strategy (RTS) franchise is well known for its small-unit AI, which allows individual soldiers to take cover and use terrain to their advantage. Company of Heroes 3 will include more of that style of gameplay, but also implements features common to turn-based franchise like the Combat Mission series and Paradox’s Hearts of Iron.

Players will now have access to an overworld map representing the theater of battle. An early demo shared with the press allowed me to assault Italian cities in multiple ways, with different combinations of American and British units. Those choices directly impacted the assets available in real-time battles. Having a specific British unit in a neighboring sector, for instance, allowed me to call in mechanized medical units to patch up my troops on the front lines.

Company of Heroes 3 will also include, for the first time, a pause button. It will allow players to stop the action to cue up waypoints and commands for individual units. Then, players will be able to start the clock once more and watch their intentions play out in cinematic style. Unlike the Combat Mission series, which uses an almost identical “WeGo” system for its turn-based mode, players will be able to modify and change those orders at any time without the simulation modeling orders and the subsequent lag of command and control.

Relic says it’s gone to the original historical documents to recreate not only the battlefield conditions present in the Mediterranean at that time, but the units in the field as well. In the case of British forces, that means units of soldiers drawn from throughout its colonial empire, including some 2.5 million Indian soldiers. Relic tells Polygon it worked closely with Dr. Diya Gupta, whose work focuses on these soldiers’ experiences fighting for the British during the height of their country’s struggle for freedom from British rule.

Relic also explained the great lengths it went to in order to get feedback from its community of fans. That began with a summit of 10 high-profile players who, among other things, helped to choose the Mediterranean theater. That group has since grown to a Community Council of 70 players. There was also a public survey, which received over 60,000 responses.

The developer says it’s using a novel “co-development” process to further refine the game over the next year. According to a statement from Relic, players who opt in — by linking their Steam account to their Relic account — will have access to “game design documents, early in-game visuals and a limited-time ‘Pre-Alpha Preview’ build” starting July 13.

“COH-Development access is 100% free for everyone, distinct from existing ‘Early Access‘ programs which require an upfront payment,” Relic said. “The Pre-Alpha Preview will offer an early glimpse at Company of Heroes 3’s early campaign experience.”