The world has changed since 1999, when EverQuest debuted. So too has this stalwart multiplayer online world, which is still cranking out updates and launching new servers, after two decades of live play.

One major change is technology. At a recent, highly enjoyable Game Developers Conference session, veteran EverQuest team members gathered to reminisce about the game. An audience of avid EverQuest fans clearly enjoyed the show, clapping and laughing at various anecdotes from inside and outside the game.

One story: At launch, EverQuest publisher Sony Online Entertainment spent $250,000 on servers, now long since surpassed by new kit. But one of those old servers still has a function — it’s been converted into the office keg.

The machines that run the internet have advanced, as has the number of people online. As games like World of Warcraft, League of Legends and Fortnite have transformed online play, so have consumer expectations. Yet EverQuest, a thoroughly aged 3D game of standard fantasy tropes, rolls onward.

Thus far, 25 expansions have been released, creating a world of 1,600 playable areas. Today’s game is published by Daybreak Games, a renamed remnant of original publisher Sony Online Entertainment, which Sony sold in 2015. EverQuest is free to play, with paid content packages costing between $20 and $35.

It’s still based on the same architecture as at launch, when it was the first 3D MMO, though the 3 million lines of code have been updated over the years. “The game functions just as it did in 1999,” said technical director Jennifer Chan. 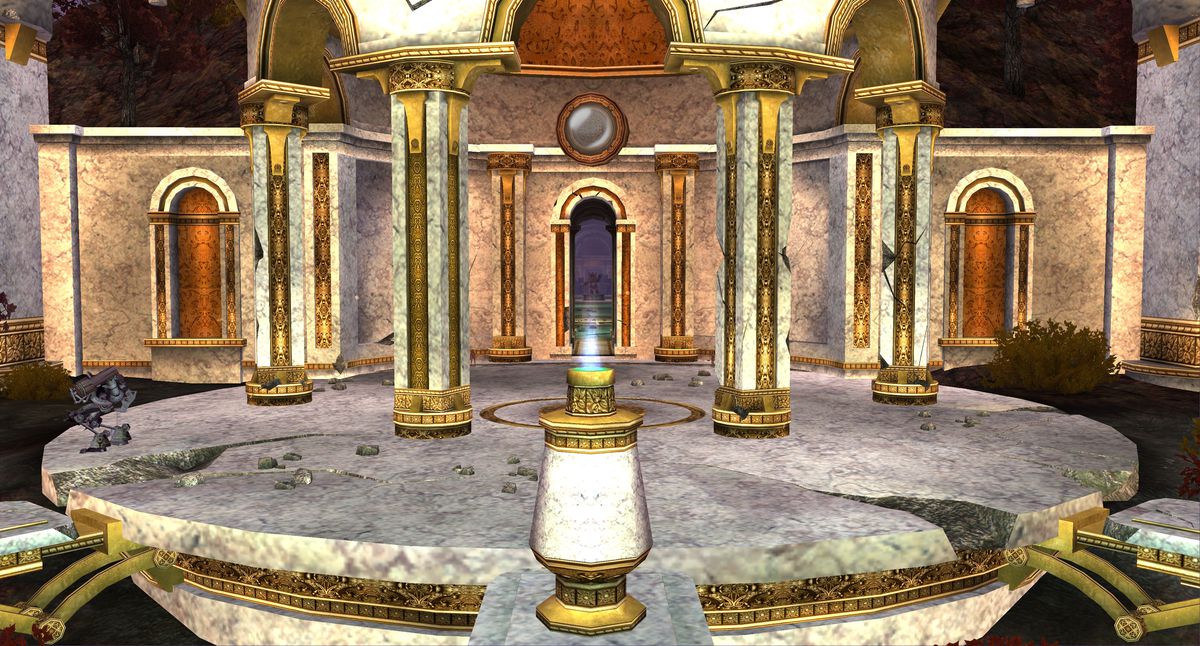 Players who stick with the game are often motivated by social benefits and friendship. EverQuest is a co-operative MMO, with a heavy emphasis on raids. That means, individual players with specific class-based skills are required to attend. This forces social interactions, as players seek out allies.

“We had class interdependent raids with 54 people,” said lead designer Jonathan Caraker. “That encourages a well-balanced and diverse group of people.”

EverQuest also features built-in downtime, as players rest to restore mana and health. This gives players the time and motivation to seek one another out, just to chat and pass the time. The in-game economy is in-person, and the game deliberately withholds information about artifacts, so players are encouraged to seek out help from others.

The game’s sequel, EverQuest 2 was launched in 2004, and is also still running as a free-to-play MMO. But an attempt to launch a modern version of the game, EverQuest Next, was canceled in 2016, mainly because it failed to capture the fun of the original, despite significantly advanced technology.

For some of today’s players, the attraction is nostalgia. Executive producer Holly Longdale said that the company has launched ten servers entirely dedicated to running the original game, though with some technological and design updates.

Population limits on those servers are four times greater than the originals, which sometimes suffered from overcrowding and attendant lag problems. “About a third of our profits come from nostalgia players,” she said, adding that many are happy to play, essentially, the same game that they remember from 1999. “We adapt with the times. But we don’t leave players behind.”

Daybreak isn’t making any new announcements about the future of EverQuest, but there are no plans to close the game. “It was designed with a specific vision in mind,” said VanCouvering. “And we’ve stuck to that vision.”