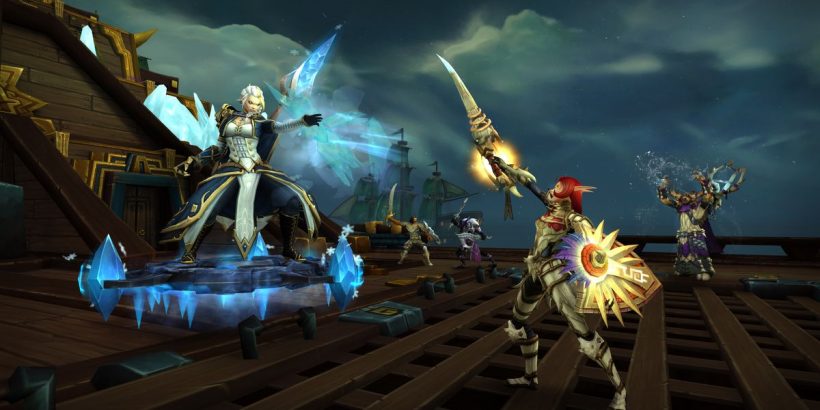 Blizzard is continuing to update World of Warcraft in the lead-up to patch 9.1.5. While some of these changes are gameplay related, others have to do with removing suggestive or inappropriate content from the game.

On Aug. 27, Blizzard posted a statement on social media about upcoming changes to the game. This included “updates to improve the game environment for our community, including additional changes to some content to better reflect our shared values.”

The World of Warcraft team is removing certain jokes and flirts, like the lines “When enraged and in heat a female troll can mate over 80 times in one night. Be you prepared?” and “Mmm. I wanna tap that leyline.” Bosses like the Twin Consorts in the Throne of Thunder have been re-named the Twin Empyreans, and the Big Love Rocket mount is now the X-45 Heartbreaker. Concubines and hostesses in the Karazhan and Black Temple raids now have male equivalents that spawn in the zone. In-game paintings have also been tweaked for more modest versions, in one case replacing a lounging woman with a bowl of fruit.

The in-game zone Mac’Aree in the Legion end-game zone of Argus has had its name changed to Eredath. The employee for which Mac’Aree was named — Jesse McCree — is also the namesake for Overwatch hero McCree. McCree, the former Blizzard game designer, left Blizzard following the sexual harassment and gender discrimination lawsuit filed against Activision Blizzard. The gun-toting cowboy that holds his name in Overwatch will eventually get a name change, too.

World of Warcraft publisher Activision Blizzard faces wide-ranging allegations that it maintains a toxic workplace environment that’s particularly hostile to women. California’s Department of Fair Employment and Housing (DFEH) investigated the company for two years before filing the lawsuit, and found that women are paid less and subject to sexual harassment, without meaningful punishment applied to perpetrators. In the period since the lawsuit was filed in late July, the DFEH has expanded its complaint to include allegations that Activision Blizzard “suppressed” evidence in its investigation. The company denies that claim.

Workers at the company, too, continue to speak out on social media and elsewhere to encourage substantial change. You can read more about the allegations against Activision Blizzard in Polygon’s explainer.