A range of The Sims-inspired clothing will soon be released by Italian fashion company Moschino.

The collection, which launches April 13, features pixelated designs, and a variety of accessories including the Sims’ iconic plumbob as an earring. It has been created in partnership with EA, as announced by an Electronic Arts press release.

“I love the idea of being able to imagine, design and bring to life a world of individual personas with The Sims universe,” said Jeremy Scott, Creative Director of Moschino. “That concept emulates what I get to do for each collection at Moschino as I create a fantasy universe of spectacular storylines and characters.”

Gaming-themed clothing is pretty common – I often wear an Overwatch D.Va hoodie myself – but this Moschino range is something else. The publicity shots for the range are absolutely mad, featuring moody-looking models superimposed over location screenshots from The Sims. 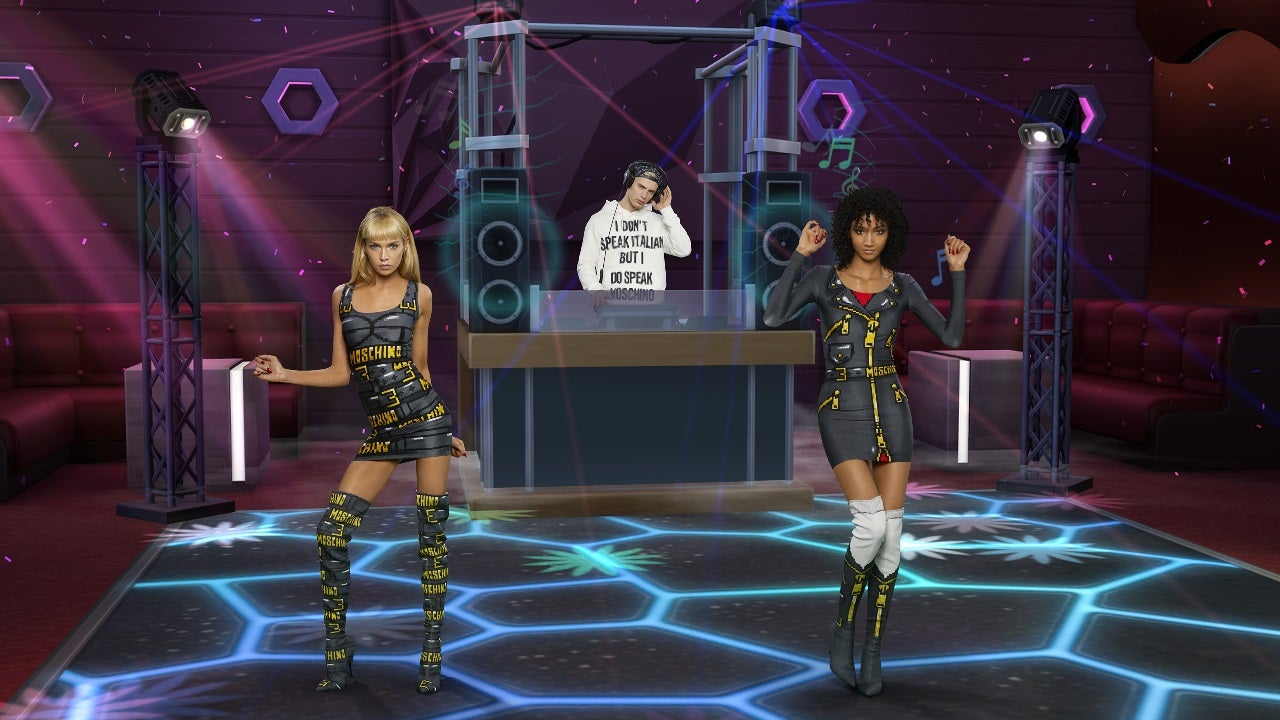 Another shows off a groovy time at the local discotheque, with the models accurately capturing the exaggerated movements of original-era Sims. As you can see, it’s not just the resolution of the clothing that’s retro. 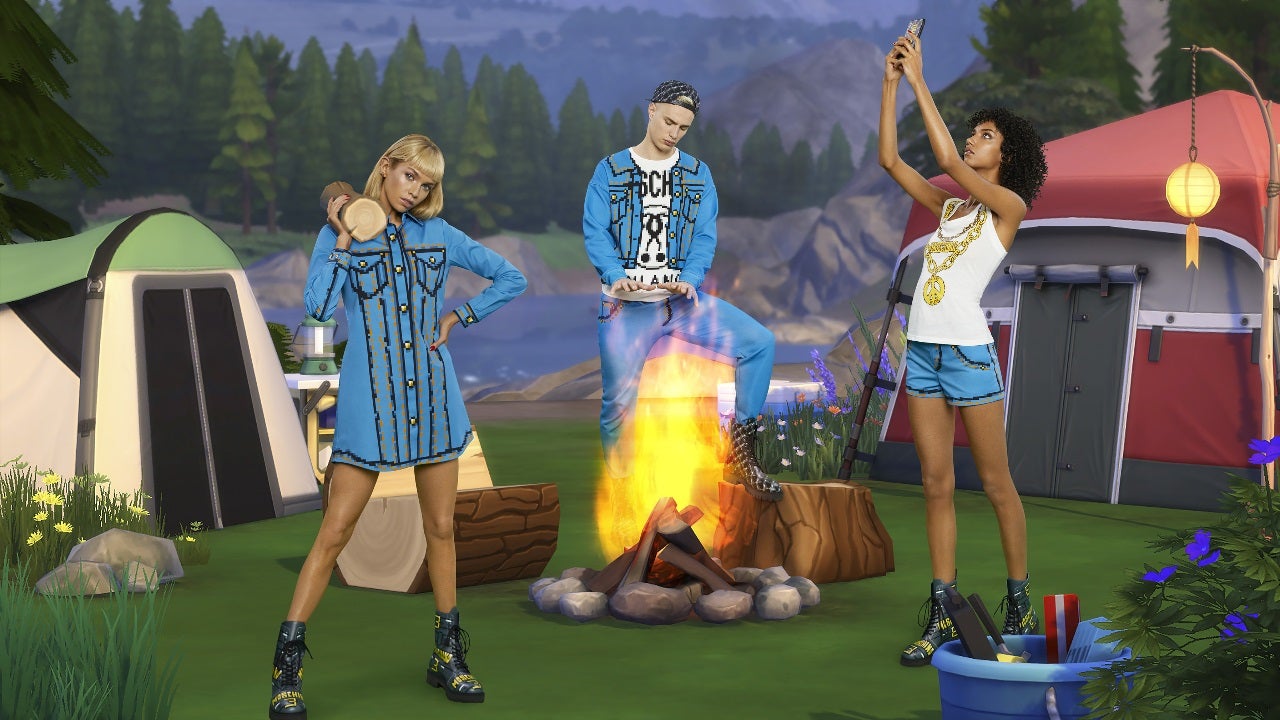 And here we have a trio of models having fun in what is presumably the Outdoor Retreat expansion. I do worry about the placement of that campfire, though.

Should you wish to expand your look, the Sims Moschino range will be available from Moschino.com and in stores from April 13. If you’d rather have your Sims items in-game, the Freezer Bunny hoodie will be put into The Sims 4 as DLC. However, you might be more interested in the fact that new Sims 4 content is being planned for the next few years.

Matt Purslow is IGN UK’s News and Entertainment Writer, and is nowhere near fashionable enough to pull off these looks. You can follow him on Twitter.