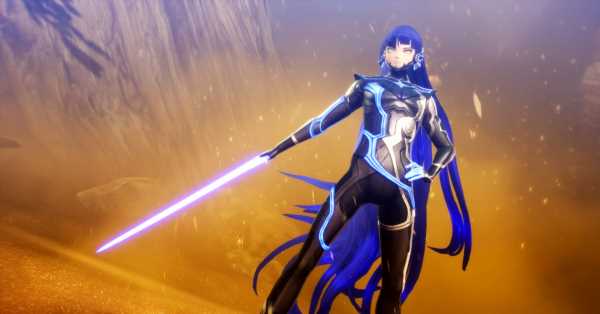 Shin Megami Tensei 5 brings us back to the world of the Megami Tensei series (including the Persona spinoffs). SMTV combines elements of previous games in the series along with introducing entirely new concepts.

In this Shin Megami Tensei 5 beginner’s guide, we’ll help you through your first few hours with the things we wish we understood earlier. We’ll help you understand the game’s fast travel, saving, and various vendor mechanics that you’ll find at Leyline Founts, explain how combat works, and talk a little about Essences and Demon Fusion.

There’s a lot going on at Leyline Founts

The options available expand quickly over the first few you visit. They include:

Don’t forget to save at Leyline Founts

Leyline Founts are your only save points. With everything else you do there, it’s easy to forget to save — “Chronicle Deeds” as the game calls it. If your protagonist falls in battle, you’ll be dropped back at your last save, so you can lose a lot of progress. With save points so few and far between, it’s important to save every time you can.

Don’t get distracted by everything else. We’re very distractible, so we’ve made a habit of saving first thing, and then saving again once we’re done at the Leyline Fount, just to make sure.

Save some cash (Macca) for healing

The Recovery option at a Leyline Fount completely heals a party member’s health and magic pools (HP and MP), but it costs you cash. For characters under level 10, you’re looking at about 75 Macca or less each.

As tempting as it is to spend the money on consumables and healing potions (Medicine), the Recovery option at a Leyline Fount also fully restore’s a character’s magic — something no early game item does.

Save more Macca for recruiting

Your protagonist is not alone in their fight against the demons. You’ll fill out your party with up to three other demons by recruiting them.

Recruiting can be as easy as talking to them nicely or as difficult as forking over large amounts of Macca, HP, and items. It’s almost always worth it, though, because more allies make fights easier. And those new allies will have new Attacks and Skills, which is important because …

Combat is about exploiting weaknesses and getting free turns

For every round of combat, each side of a fight has a number of Press Turn Icons — basically, the number of actions that party can perform per round.

Mandrakes are Weak against Fire and Resistant to Electric damage.
Image: Atlus/Sega via Polygon

Every enemy demon has a series of weaknesses and resistances to types (Affinities) of attacks and skills. These are shown as icons under the types of damages. Every enemy has a line (no change), exclamation point (Weak), shield (Immune), or half-shield (Resistant) to melee, Fire, Ice, Electric, Force, Light, and Dark damage Affinities.

When you perform an attack that the target is weak to — like the Agi (Fire) Skill in the image above — the attack doesn’t consume a press turn icon.

Importantly, the same mechanic is true for enemy demons, so if they exploit your party’s weaknesses, they’ll get extra attacks, too. If you’re struggling with a weakness to a specific attack or enemy, you’ll need to use Essence.

Throughout Shin Megami Tensei 5, you’ll be collecting Essences. (In fact, you’ll probably pick up one or two before you can even do anything with them.) Essences are like a distilled version of a demon’s attacks, skills, weaknesses, and resistances.

A Kodama Essence allows you to teach Zan, Dormina, and Dia to a different demon.
Image: Atlus/Sega via Polygon

Inside the World of Shadows at a Leyline Found, you can make use of these Essences through Essence Fusion. Using this, you’ll be able to teach yourself and the demons in your party new Skills and Attacks with new Affinities.

You can also use Essence Fusion to transfer Weaknesses and Resistances from the demon Essence to your protagonist. This is a great help when going up against enemies with strong elemental (Affinity) attacks that you’re weak to.

Don’t get too attached to your Demons

All of that said, your demons are disposable. They’ll fall in battle, or you might just find better ones as you progress. These aren’t members of your party so much as they’re tools that provide extra attacks.

Don’t hesitate to swap them out.

More importantly, the World of Shadows also allows you to perform Demon Fusion. This takes two of your recruited demons (or a demon from your Demon Compendium) and combines them into a new type of demon, usually of a (much) higher level.

This is a great way to gain powerful allies. It’s even worth it to constantly recruit low-level demons just to use as Fusion fodder.