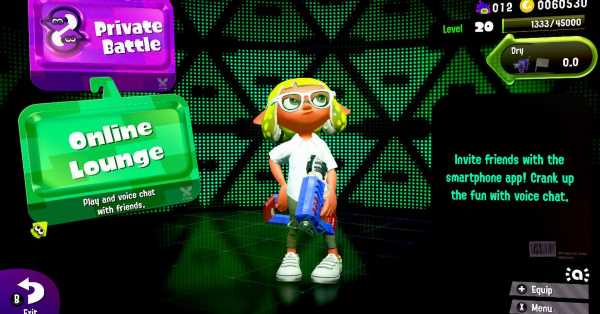 Splatoon 2 is a third-person shooter where players shoot ink as their ammo. The Online Lounge feature made it easier for friends to join lobbies and play together. People will still be able to use the Nintendo Switch Online app to voice chat with friends, and will still be able to play online with friends after the feature goes offline. It’s just that the Splatoon 2-specific service will no longer be active.

When you boot up Splatoon 2, you can find find the Online Lounge by walking into Deca Tower, the main point for online battles, and scrolling down on the menu screen. Once you select it, the game connects with your phone, where the Nintendo Switch Online app prompts you to invite friends.

Nintendo said on its support website that no other changes to game-specific services will be made to the app at that time. On the Nintendo Online app, you can use features for individual games to aid play. For example, on Animal Crossing: New Horizons, you can use your real-life phone to send messages inside the game, making it easier to chat with friends visiting your island.

Nintendo announced the next installment of the ink-fueled shooter, Splatoon 3, in February. We don’t have many details on it yet, but Nintendo said on the game’s page that 4v4 online battles will return.