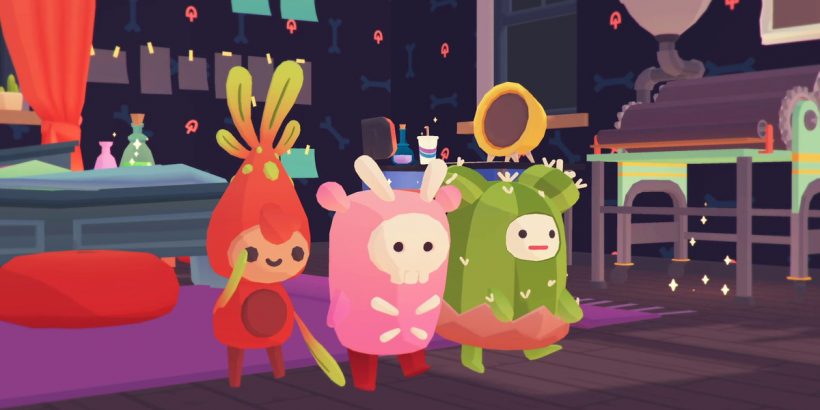 Nintendo’s latest Indie World Showcase revealed several new games coming to Nintendo Switch — including a quartet of indies that arrive on the eShop today — and release dates for ports of beloved indies that were previously announced. Wednesday’s Indie World also offered a first look at two brand-new games, Doinksoft’s Gunbrella and Aggro Crab’s Another Crab’s Treasure, and heralded the immediate arrival of Switch versions of Mini Motorways, Soundfall, Opus: Echo of Starsong, and Gibbon: Beyond the Trees.

Here are the other big announcements Nintendo and its indie partners made during Wednesday’s livestream.

The newest game from Doinksoft, developer of Gato Roboto, Gunbrella lets players wield the titular Gunbrella, letting them glide, swing, and shoot in “gritty” side-scrolling combat. Launching on Nintendo Switch sometime in 2023, Gunbrella is described as a noir-punk adventure starring a gruff woodsman on a quest for revenge. As players fight crime and the supernatural, they’ll upgrade their Gunbrella using scavenged parts.

Another Crab’s Treasure is a new soulslike in which the player, as a lowly shell-less hermit crab, battles other crustaceans on a quest to reclaim its armor. Developed by Going Under developer Aggro Crab, this crustacean-themed action-adventure game is headed to Switch in 2023.

A clever and challenging 2D platformer with a clever mechanic: Whatever Elec, a tiny robot who can throw his own head, touches, he charges up with his flow of electricity. It’s a simple, but brilliant puzzle-platformer and it’s coming to Switch this summer.

Ooblets, the colorful, Pokémon-esque life simulation first released in 2020, is heading to Nintendo Switch this summer. Players can grow and train the titular ooblets as they build a life in Badgetown. Minigames, customization, and friendly neighbors keep the whole Ooblets experience fresh.

Totally Accurate Battle Simulator, or TABS for short, already a huge hit on Steam, is making its way to Switch this summer. Players can set up weird, wild wars between wobblers in this sendup of strategy sims.

Chucklefish and developers Deadpan Games and Gatizer revealed Wildfrost, a new deck-building roguelike game coming to Nintendo Switch (and PC). It’s a mix of deckbuilding and adventure, Chucklefish says, in which players rally a deck of “charming companions and powerful elemental items in an attempt to take back a world that has fallen to the Wildfrost.”

To watch the entire Indie World showcase, enjoy the 20-minute video below.