Reggie Fils-Aime retired from Nintendo of America this week, bringing his 15-year career at the company to a close. As he departed Nintendo, Fils-Aime posted a series of goodbye messages to his newly launched Twitter account — he nabbed the coveted @Reggie handle — with photos of his office and gifts from friends and colleagues. One particular photo from Fils-Aime has Nintendo fans wondering if he’s giving them a tease on his way out.

Specifically, Nintendo fans are theorizing that they’ve just gotten a peek at a new Retro Studios game or character.

On Wednesday, Fils-Aime posted a series of pictures from the last of his retirement events. Those photos included gifts Fils-Aime received, including a Mario statue, a working Virtual Boy, and a piece of artwork from Retro Studios, the developer of the Metroid Prime series and the most recent Donkey Kong Country games. (And yes, that butt-shaped item in the photo is, according to Reggie, a “plastic ass to kick.”)

Fans noticed something intriguing in the artwork given to Fils-Aime by Retro Studios. In it, Reggie appears flanked by Metroids, Samus Aran, Diddy Kong, Donkey Kong, and Dixie Kong. But another character, obscured by Reggie’s Mario statue, also appears in the artwork. All we see is a four-fingered robotic hand, seemingly giving a wave.

Nintendo fans are stumped. They don’t recognize who that hand belongs to, leading many to speculate that it’s someone or something unannounced. Here’s a closer look: 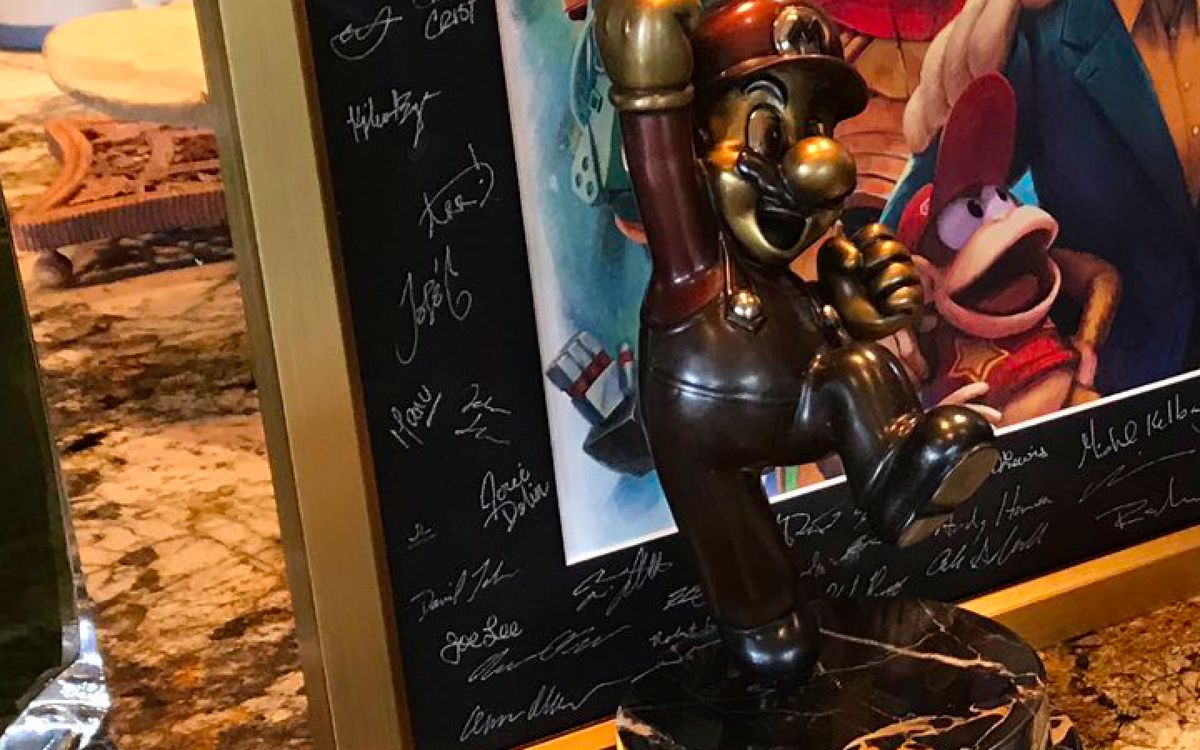 Fueling speculation that Retro Studios is teasing something (and that Reggie’s playing along), is a winking retweet from one of the studio’s concept artists.

One frequently posited theory is that the mysterious hand belongs to a Federation Force character, signaling a Metroid Prime spinoff. But Next Level Games developed that title, not Retro Studios, and the hand simply doesn’t match the suit design of Metroid Prime: Federation Force’s soldiers.

Whatever this ends up being — one other perfectly valid theory is “nothing at all” — it’s an appropriate way for Reggie to cap off his career at Nintendo, where he was a master of teasing the company’s fans without saying much at all.