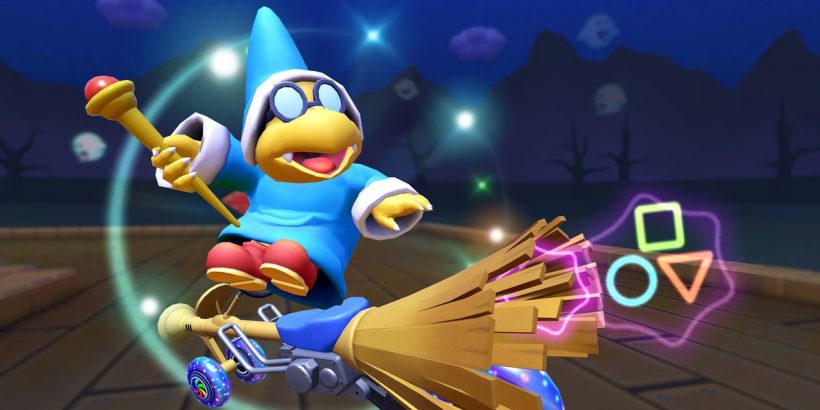 Kamek the Magikoopa is finally part of the Mario Kart roster, 25 years after he was first teased as a playable character — and cruelly ripped from the roster — in Mario Kart 64. Kamek is the latest racer to join Mario Kart Tour, Nintendo’s free-to-play spin on the kart-racing series for mobile.

Nintendo announced Wednesday that Kamek and his Zoom Broom are part of the Kamek Tour, which runs through Sept. 7, in Mario Kart Tour. He’s bringing the Coin Box as his special skill, which “spits out coins with reckless abandon.” You can see Kamek’s excitement at finally getting Mario Kart recognition in the short trailer below.

It’s retribution for Kamek, who first appeared as part of the roster of Mario Kart 64 in a pre-release version of the game, before Donkey Kong and his stupid tie stole his spot in the final release. Since then, Kamek (or other Magikoopa) have made cameo appearances in Mario Kart games, but never as playable characters. An icon for Kamek was unearthed from the files of Mario Kart 8, suggesting that he was once considered for the roster but relegated to bridesmaid status.