Dungeon masters! Does your adventuring party have someone who checks for secret doors in every bleeping room they enter? Have we got the wandering monster for you! Sic the goose from Untitled Goose Game on ’em! Courtesy of a Dungeons & Dragons subreddit, here’s an NPC character sheet for “The Nameless Goose.”

The Nameless Goose is “a fiend that terrorized an entire village single-handedly. … Those who say they have witnessed the creature themselves claimed that it had nothing but hatred in its eyes.” The Nameless Goose bullies the town into a frightened silence. 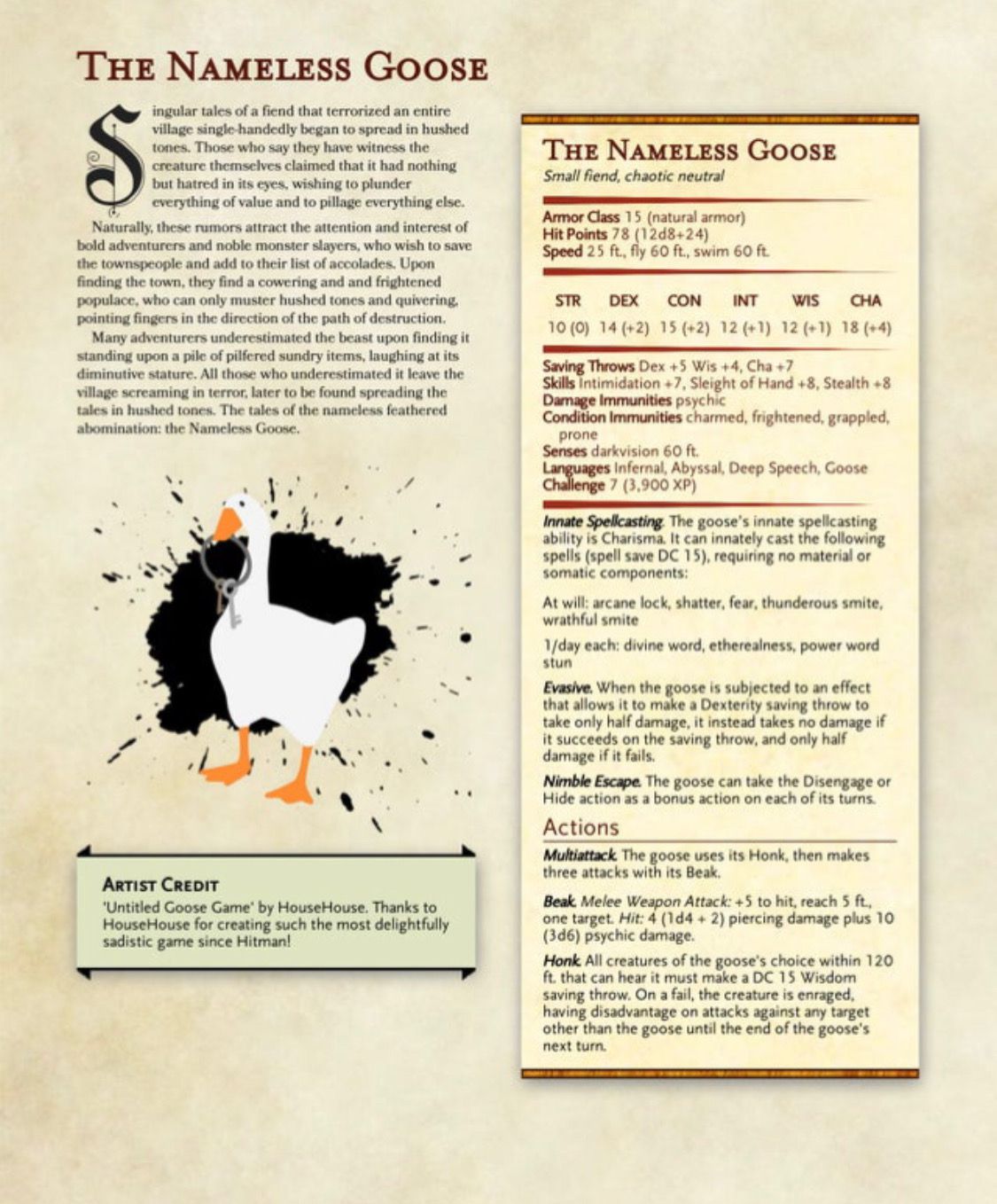 Redditor Otaku-sama conceived The Nameless Goose as, naturally, “the subject of a wild goose chase,” and gave it some formidably exasperating stats and attributes. My favorite is the Honk attack, which forces a saving throw against Wisdom for all creatures within 120 feet.

Goose is also Evasive, meaning that a Dexterity saving throw to take half damage now means the goose can take half damage at most, and no damage if it makes the roll. Goose is immune to psychic damage and speaks Infernal and Abyssal.

The Nameless Goose comes to you from Unearthed Arcana, a subreddit for homebrews of Dungeons & Dragons’ fifth edition. There is a mild controversy there over the goose’s chaotic neutral alignment, with Otaku-sama arguing that it is “simply an agent of chaos rather than a malevolent force.”

If a save-the-village encounter isn’t to your party’s liking, Otaku-sama says The Nameless Goose also works as “an incredibly annoying support NPC for a damage dealing friend.” What’s the opposite of support? The goose works even better as that!