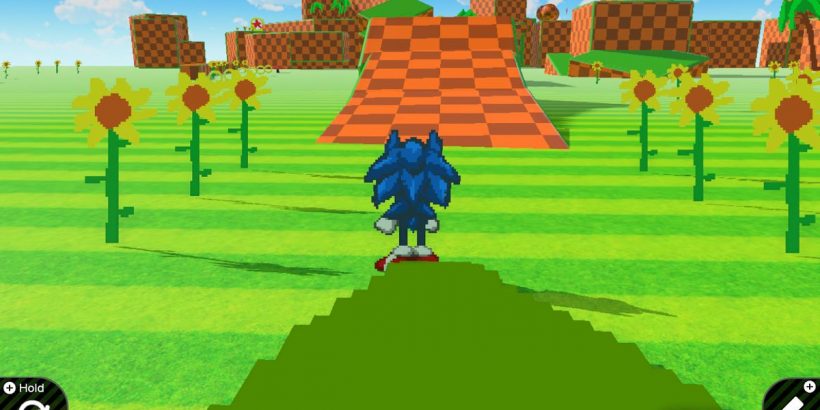 It’s been less than two weeks since Nintendo released its game creation tool, Game Builder Garage, which teaches people how to program their very own video game using its engine, and allows them to share their creations online. And within that time, people have published all sorts of ridiculous and experimental work, but also retro recreations of classic games.

You can find charming, bite-sized recreations like Super Mario Kart and F-Zero, to sillier experiences like a game where you can watch Toad scream its little heart out on stage. While there’s no way to browse creations from other people in the game, you can find neat stuff though Twitter and Reddit. Here’s are a few delightful examples (and their codes) that we found so you can go and try them for yourself.

The extensive tutorials in Game Builder Garage teach players how to make various genres like arcade style shooters or 3D platformers. As you create something new, you’ll place and connect what the game calls “Nodons” on a blank canvas to build whatever you want from the ground up. It’s a flexible tool, and now players are seeing just exactly what they can make.

It’s important to note that not even retro recreations are one-to-one copies of their originals. Game Builder Garage’s engine still has its limitations. For example, you can’t import or create background music, so these all have generic tunes. You’ll also notice the significant differences in the overall feel — people haven’t figured out how to recreate certain aspects of platforming perfectly yet. Still, given that this was created in an engine that even kids could learn, it’s amazing to see what the game is capable of.

Created by ZeldaBoi, this game recreates the first track from the Mushroom Cup from Super Mario Kart on the Super Nintendo Entertainment System. It’s single-player (so there’s no competing against other characters), but it manages to capture the nostalgia of the original track.

Still waiting for another F-Zero game? Well, we don’t have that, but you can check out this slick recreation of the SNES version on the Switch. This game was also programmed by ZeldaBoi and it recreates the original vaporware look of the racing game.

This is the creators’ title, not ours, but it’s a pretty impressive remake regardless. Its maker, ClarFon uses destructible objects in the engine to allow your character to “eat” the pellets on the board. It adds a little flair though — when you finish, confetti flies. Fun!

You can now experience a 3D version of the classic Green Hill Zone originally from the Sonic the Hedgehog game for the Sega Genesis. It’s a little hard to jump around, but AliVe did an incredible job of translating elements from the original 2D course in a 3D world.

Game Builder Garage is home to wild and wonderful creations

If recreations aren’t your thing — well, here’s a grab bag of other wild and wonderful creations that we wanted to give a shout-out to.

Many of these games are just “proofs of concept,” but they show the breadth of what can actually be made within the engine. What’s more fun is with each and every game, you can take a look under the hood and see how the programmer built it. Now that people are getting a grasp of what is possible, there will likely be even more colorful creations to come in the future.