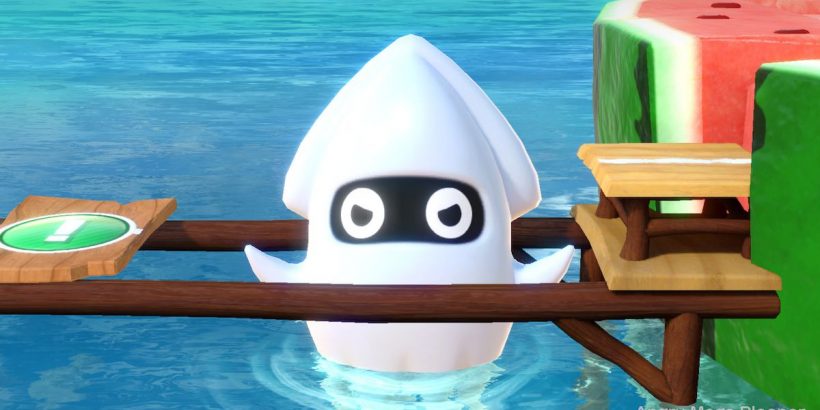 If you have been paying any attention to what’s on TV in the past month or two, you’ve probably heard of Netflix’s runaway success, Squid Game. Whether you’ve seen the show itself, memes inspired by it, or the Roblox versions of it — the Korean thriller quickly took over our screens to become one of the most popular shows of the year.

The series follows Seong Gi-Hun, a gambler who’s down on his luck and decides to compete in a series of life or death children’s games where the last person standing gets a big fat bag of cash. Fans have lauded the slasher’s anti-capitalist message and its bold, thrilling visuals. But for fans of battle royale games, the concept behind the show is nothing new. Since PlayerUnknown’s Battlegrounds became popular, seemingly every major games company has entered the fray, offering their take on the last-man-standing format with Fortnite standing at the top of them all.

It’s only natural then, that writers would compare a battle royale show to video games. However, I’m here today to defend a different thesis. The real squid game isn’t Apex Legends, Fortnite, or any other battle royale game. The true game that captures the heart and soul of Squid Game is Super Mario Party — or any other Mario Party game, for that matter.

[Spoiler Warning: This post contains spoilers for the ending of the television show Squid Game.]

On the surface, Super Mario Party doesn’t have anything in common with the bloody, gritty competition in Squid Game. However, when you look a little deeper, both employ playful, childlike aesthetics to mask a much darker reality. In Squid Game, the contestants play through a series of deadly versions of children’s games like red light green light or tug-of-war. In red light green light, those who move on red light are shot on the spot, and in tug-of-war, the losing team is pulled off the side of high ledge.

Super Mario Party is actually a very dark game, when you think about it. As some TikTokers have pointed out, Mario Party mini games have eerily similar concepts when compared to Squid Game. Sure, there are no guns, but the premise is similar. Four characters compete in a series of dangerous mini games to get their chance at getting more coins and power stars, the highest form of currency in the Mario universe. These characters are in a constant state of dying and being revived, only to be tested time after time by a series of Squid Game-like mini games. In “Isthmus Be the Way,” not making it in time results in being blown up. “Soak or Croak” looks like a friendly water gun game until you realize that it’s a “last man standing” competition where you fight and push others off the edge of a circular platform.

There is literally an entire sub-set of games where you compete solely for coins. Among them is “Air to a Fortune,” where each of the four characters are placed on clouds, with adjacent clouds having varying amounts of coins. Everyone secretly picks a neighboring cloud to jump to and if you and your neighbor happen to pick the same one, you’ll both fall and get no coins. It’s a particularly psychological game that has you guessing if you should risk it at the chance for more money, or just give it all up. It might as well be a game in Squid Game.

Beyond the shared childlike nature of the games, which makes the life-and-death scenarios all the more dystopian, the two are united in that their competitions appear to require skill to win, despite both being kind of rigged. In Squid Game, this means the old man Oh Il-nam making it further than he should have, and also favoring Gi-Hun to win. In Super Mario Party, this manifests via the bonus stars at the end. Just this week, I played a round where — after activating multiple gold pipes, buying mushrooms, and spending my money on four stars — I ended up losing because one of my competitors only spent money on one and ended up getting a whopping three bonus stars.

Both Squid Game and Mario Party present this absurd vision of competition that seems based on merit, at first, but actually isn’t. At least the Mario Party games can be fun (if you don’t care about winning); but they do teach an important life lesson. Sometimes you don’t earn everything you win.