Lady Gaga’s Born This Way Foundation and Zynga have partnered to raise awareness of World Mental Health Day in the Words With Friends social mobile game. The parties want to make sure that, in light of the pandemic, people can feel like others care about them, and they can get help for any mental challenges they’re experiencing.

In the game, the word “stay” will be featured as The Word Of The Day inside Words With Friends, which is played by millions of people every day. Zynga will also help connect players with mental health resources, information, and in-game support provided by the Born This Way Foundation.

Zynga is already supporting the Breast Cancer Awareness Month campaign in Words With Friends this month. I spent the last couple of days listening to talks by game developers and executives about mental health awareness at TIGS, the International Game Summit on Mental Health Awareness. All of these efforts are aimed at making people aware of their options in the pandemic, and to provide a safe space for people to talk about difficult issues.

Born This Way Foundation executive director Maya Smith said in an interview with GamesBeat that the goal is to encourage open, honest conversations around mental health and drive resources, community, and support.

“The mission of Born This Way is to create a kinder and braver world,” Smith said. “That work falls in three main buckets. The first is to make kindness cool. The second is to validate the emotions of everyone around the world. And the third is to eliminate the stigma around mental health. And I think we’re so excited about this incredible partnership that’s going to help us do all three of those things.”

Zynga president of publishing Bernard Kim said that communities are suffering from unprecedented levels of uncertainty and stress, and he wanted to deliver a reminder of the power of words to give hope, courage, and strength. 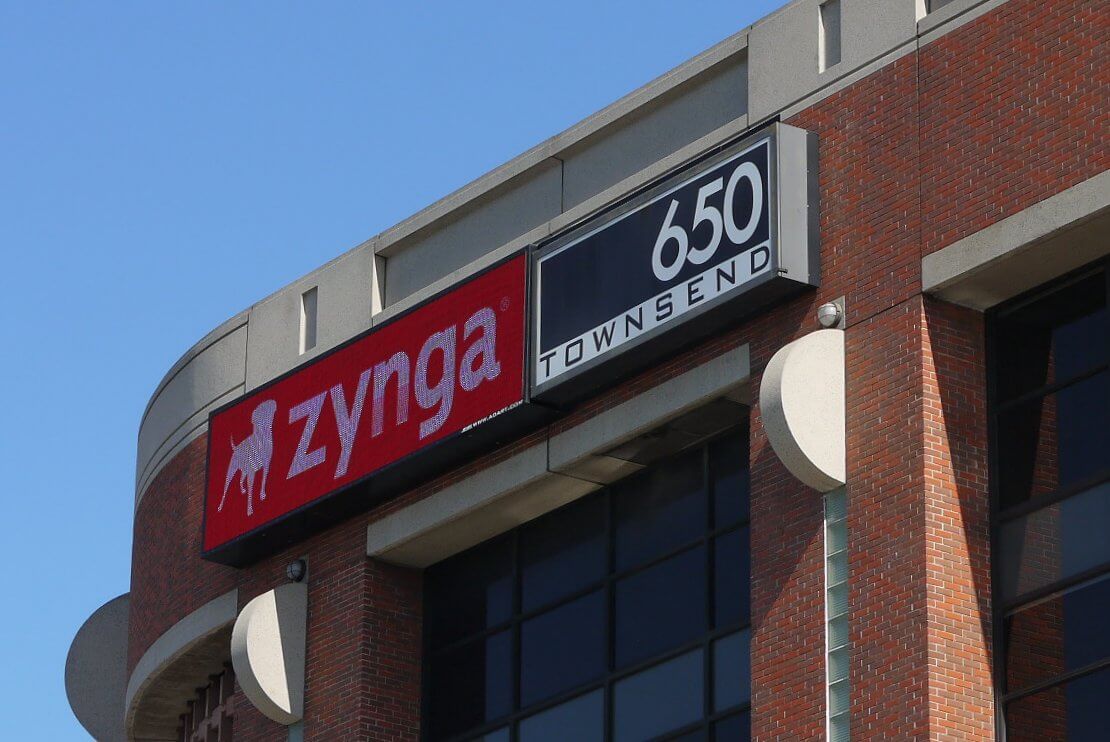 Above: Zynga’s HQ. It is now leasing the space.

Born This Way Foundation was started by entertainer Lady Gaga and her mother Cynthia Germanotta to support the mental health of young people. The group was alarmed to hear that a survey by the Centers for Disease Control found that 25% of young adults have contemplated suicide during the pandemic.

“We’re so excited to have millions of people in our community be able to see and play that word, ‘stay,’” Smith said. “When we saw those numbers and how all of us are feeling right now, with the increased physical distancing, the social isolation, and just the uncertainty in our world, we started to think of fall of the different levers we can push culturally to help people remember they are important, they’re acknowledged, and they’re valued — and that we want them to stay here.”

She added, “We don’t talk about mental health often enough and sometimes we talk about it only in times of crisis. So we wanted to create this powerful word and the resources that will come along with it, to remind people that they’re not alone, that we need them to stay. And that if they are struggling, there are resources to support them.”

Measurement firm Sensor Tower estimates that Words With Friends has had 97 million lifetime installs from the Apple App Store and Google Play.

“We’re hoping we can see astronomical numbers for this campaign,” Smith said.