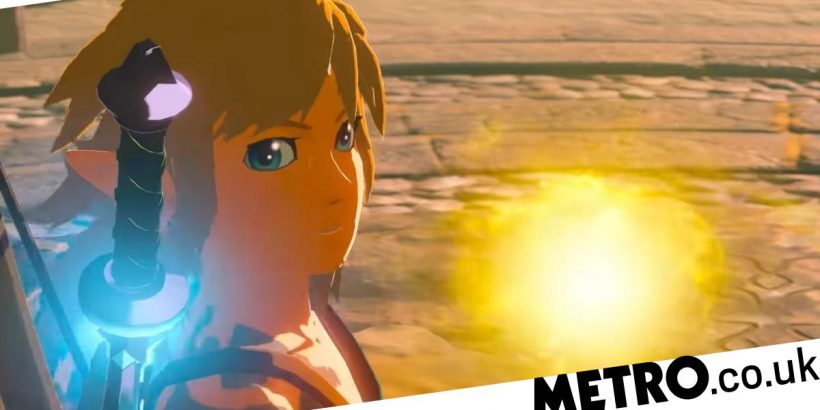 Some fans have convinced themselves Nintendo delayed the new Zelda to launch it alongside new hardware, but others are far more sceptical.

It wasn’t too surprising to hear that the sequel to The Legend Of Zelda: Breath Of The Wild wouldn’t make its 2022 release window, considering Nintendo has shared zero new info on it since the E3 2021 trailer last June.

Nevertheless, fans have quickly jumped to conclusions about the reason for the delay, surmising it is because Nintendo wants to launch the game alongside new hardware. Either the next iteration of the Nintendo Switch console or the mythical Switch Pro.

Despite rumours from usually reliable sources that the Switch Pro is real no evidence has ever emerged for it, and while a Switch 2 is inevitable at some point Nintendo has never given any indication that it is imminent – in fact, quite the opposite.

Aside from the fact that it’s been over five years without any sort of upgraded hardware (not counting the OLED Model, which only boasts a couple minor improvements), the main proof for fans is that Nintendo has done this kind of thing before.

The Legend Of Zelda: Twilight Princess was a Nintendo GameCube release, but was delayed from 2005 to 2006 and wound up being a Nintendo Wii launch title as well. The first Breath Of The Wild was originally a Nintendo Wii U exclusive but was also delayed to launch as a Switch game alongside the console itself.

Plus, with the sequel’s new spring release window, it’s suspected that Nintendo wants to release it in March – the same month the first game and the Switch came out in 2017 – and essentially repeat history. There’s also the fact that a recent Nvidia datamine supposedly revealed specs for a Switch 2, although that’s hardly hard evidence.

Many on Twitter and Reddit are convinced anyway though, with Reddit user Clamper insisting that ‘six years after the Switch launch is a good time for a successor.’

‘At this point, I just want this thing to come out on a more powerful platform,’ says baromega. ‘I love the idea of the Switch so a Switch Pro/2 is ideal. But Breath Of The Wild itself struggled on the system and with all the work they’re putting in to make this even bigger, I don’t want it hampered by this old hardware.’

While the delay news led to the Switch 2 becoming a trending topic on Twitter for a spell, there are just as many who are sceptical, and frustrated by the resurgence of the same rumours and speculation.

My theory: pay attention to the BotW 2 date, because thatâs also when weâre getting the next major iteration of the Switch.

I suspect there wonât be any âSwitch Proâ games (not initially, at least)âitâll just run pre-existing Switch games in 4K. Same ecosystem.

Nah man. The only reason they delaying it is to launch with the Switch Pro… lmfao

I have a theory Nintendo will drop Zelda ports (Wind Waker and Twilight Princess) to the switch this year. We get a brand new Super Mario game to coincide with the movie. Switch Pro will drop in 2023.
BOOM! Pin this tweet..

Seeing talk about how BotW 2 should be on a Switch Pro and not the two we currently have and how about, no.

Making consumers pay for a new expensive console for one game alienates people who game who are working class or on lower incomes.

“Insiders” and “Leakers” explaining how BOTW 2 being delayed means a Switch Pro is confirmed and it’s going to be a launch title for it. pic.twitter.com/2CBJr38bnE

Nintendo itself has always denied the existence of the Switch Pro and said only last month that the current console is halfway through its lifecycle, implying an entirely new console is still years away.

With the Switch continuing to be a major sales success for the company even five years later, there’s no reason for it to be in a hurry even if sales do seem to have peaked. Plus, console manufacturing isn’t exactly easy in the current climate, thanks to the chip shortage.

The sequel to The Legend Of Zelda: Breath Of The Wild is expected to be released for Nintendo Switch in spring 2023.