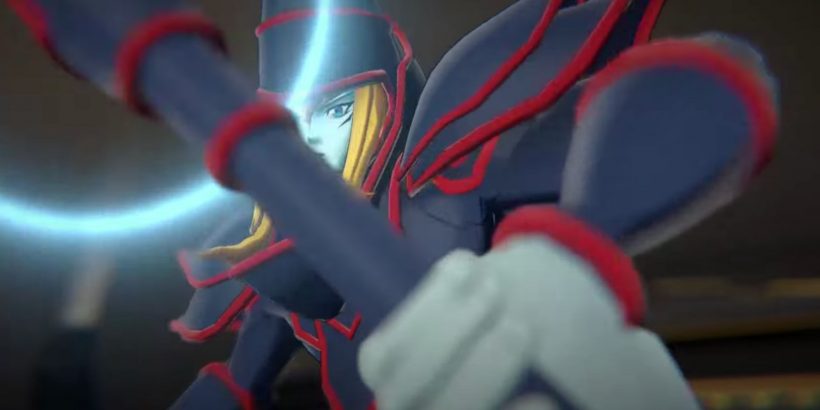 Duelists of the world, pay attention. It's Yu-Gi-Oh time. Well, about to be. Very soon. Because it's been announced that the card battler Yu-Gi-Oh! Cross Duel is launching worldwide on September 6.

Konami confirmed the date with some fanfare. "A new era of four-player card battles is coming!" so says the trailer. The game has been in live testing for nearly two months so fans have been eagerly waiting for the official worldwide launch for some time.

As touted, Cross Duel is a free-for-all card battler between four players taking place within a limited eight-turn format. There are lanes to think about as a core mechanic and players will have to strategise about how to summon and manage their monsters as well as how to attack and counter their competitors. In addition, there are Spell and Trap cards that adds to the overall system, creating quite a deep game that players could get to grips with over years, which is probably what Konami is hoping for.

Cross Duel is free-to-play but there are microtransactions and an in-game currency. It's a gacha system intended to earn from players wanting to collect rare cards that will make their decks that much more powerful. It's not dissimilar to Duel Links in this regard.

Characters from the popular Yu-Gi-Oh! anime are featured in the game as tag partners. These include Yami Yugi, Seto Kaiba, Jaden Yuki, and Yusei Fudo, while players can boost the levels of these tag partners to get rewards such as new decks, gems, cosmetic items, and more.

Your tag partners also have Certain Ace Monsters associated with them, which provide special Master Skills that can really boost your chances in battle. As Dot Esports notes, the Blue-Eyes White Dragon's Master Skill gives players the ability to defeat a monster upon summon, while Dark Magician can deal 300 damage to other players' Life Points when a Spell is activated.

Certain regions were able to play Yu-Gi-Oh! Cross Duel early, but players globally will be able to play the game from September 6 on iOS and Android devices.