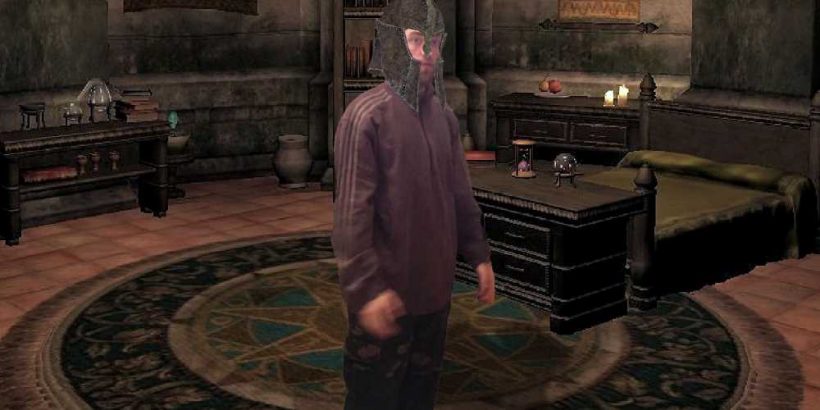 Oblivion is probably the easiest Elder Scrolls to date. You have floaty movement, easily exploitable and powerful magic, and enemies who flop to the ground with little resistance. It’s a breezy and fun pastime, not a gritty Castlevania rendition that harkens back to the ‘90s era of bullshit sidescrollers with no save functionality. It’s meant to be calming. But being a vampire makes the game more hellish than the Deadlands.

I didn’t mean to become a vampire in Oblivion. It wasn’t a conscious choice I made when I watched Patrick Stewart get Patrick Skewered by the Mythic Dawn. It happened at some point, at someplace, and I don’t know when or where – I must’ve been fighting a vampire and got nicked in the chaos. Oops. I didn’t cure the disease because I wasn’t paying enough attention to my imminent vampirism.

It eventually bubbled to the surface, leaving me burning in the sun like the pale-skinned recluse that I am. See that’s what vampirism does – at higher stages, you can’t go outside, people vilify you on sight and you can’t talk to them, while guards don’t let you yield. You’ll be fighting a lot, while frantically trying to find people to feed off to edge closer and closer to mortality. 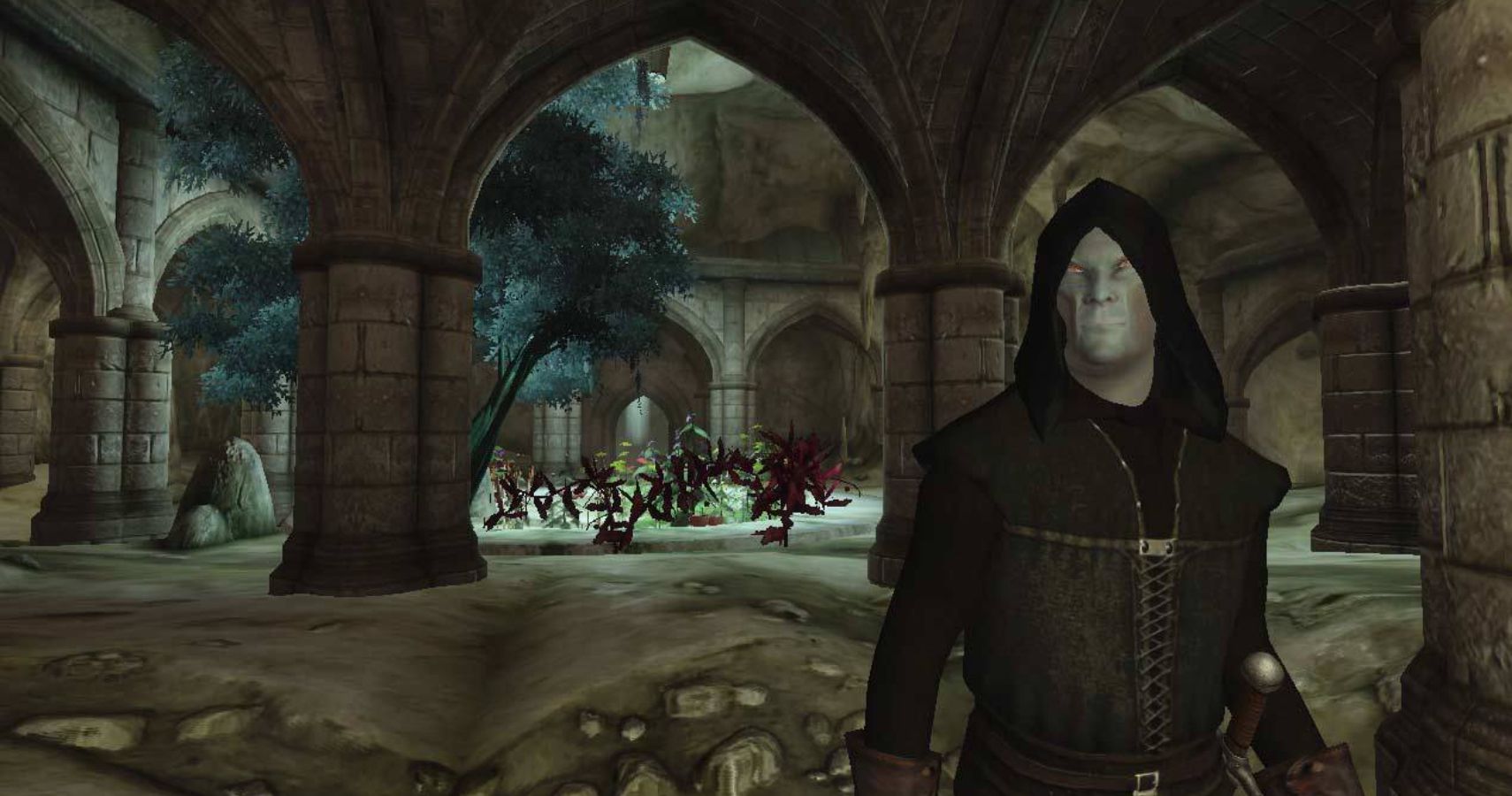 I instantly resented the game when I turned, but it was a fun kind of resentment, a new challenge that made this playthrough of Oblivion fresh again. It felt like such a different experience I even managed to stay focused to the end and finish the main quest for a change. I was bitterly determined to beat this curse I had which ended up creating some fairly funny scenarios.

I joined the Mages Guild, hopping along to get all my painstakingly tedious recommendations as I skulked about in the dark of night, avoiding the sun at any cost. Then I was face-to-face with the archmage, my new mark. I was seeing him a lot and I usually did my quests at night to avoid burning to death, meaning I had to wake him from his sleep. And he was alone. In his own room. No witnesses. Prime neck biting material.

I kept nipping away every time I saw him, usually taking a few sips to water down that vampirism so I could bide my time until the next sunburn. Later in the quest though, he just up and killed himself out of nowhere to fill a black soul gem, combusting and sending me to fight the God of Necromancy – thanks mate. Could’ve given me a heads up. I wasn’t fussed about chief necromancer Mannimarco, he was a cakewalk, but now my temporary relief for vampirism is lying dead on the floor in my new bedroom. 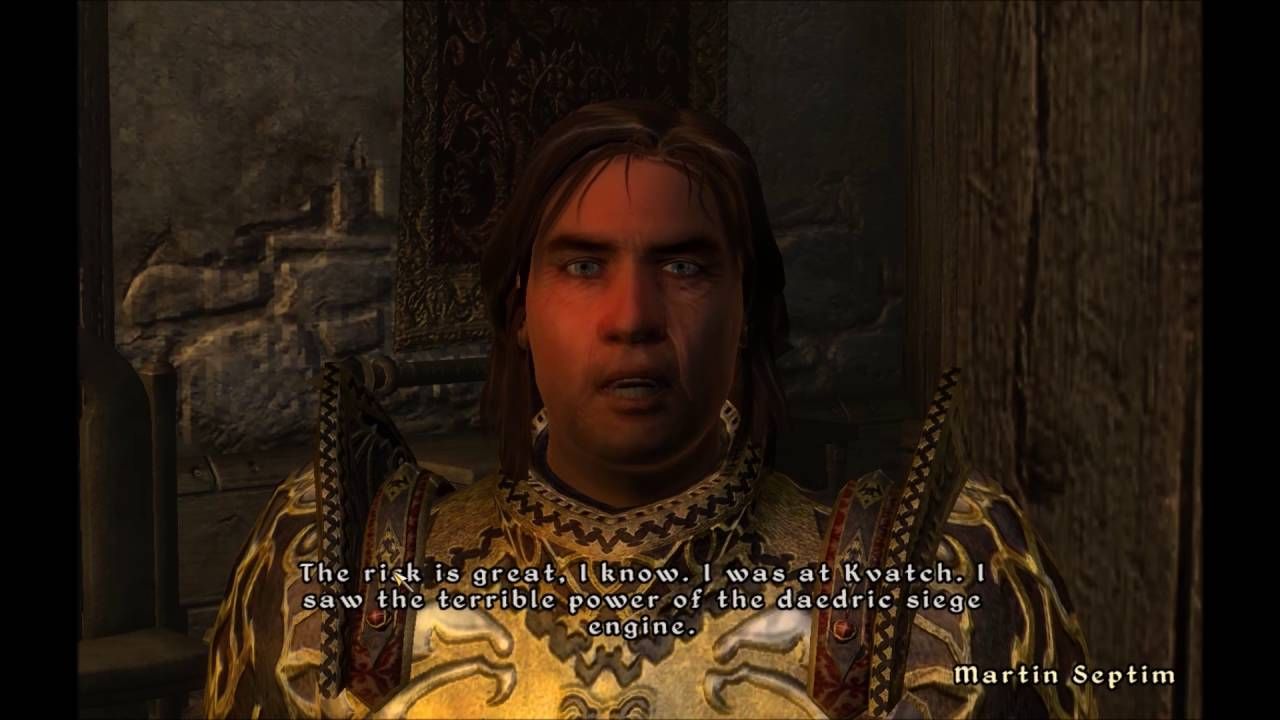 Great. Time for a new mark. Right around this time I was also doing the main quest, scavenging Daedric artefacts for Martin Septim and the Blades, uncovering old tombs to get Talos’ armour, and trotting along to every city to close yet another Oblivion gate. This meant going back to the Cloud Ruler Temple a lot, making this place yet another perfect hotspot to find some necks to suck. I thought it’d be funny to live off the Emperor-to-be, to turn this renowned figure of hope and heroism into my thrall. I was right. Every time I found him kipping, I would take a sip. The delicious irony made this weird vampiric journey worth the pain.

But being a vampire was tedious, so eventually I sussed out the cure quest. This, again, set me on a journey I didn’t realise I wasn’t ready to embark on. I was sent to a witch in the woods who could help, but she wanted five great soul gems for her service. Painstakingly, I found those, then I went back. Now she was telling me the ingredients I needed. Plants from Oblivion, some rare flowers, and the blood of an Argonian.

I can’t be fucked, so I gave up and committed myself fully to the vampiric ways, finding new marks in each city so I’d have somewhere to replenish myself on my little trips. Bruma’s royalty was easy enough, given that they trusted me after I completed a couple of quests for them, while the guildhalls tended to have secluded rooms that are pretty easy to sneak into. But sometimes you get stuck in a field in the middle of nowhere and have to hope there’s a poor farmer to feed off.

The lesson here, really, is that if you play Oblivion and see vampires, run like hell. Don’t bother. One bite and you’re done. That playthrough becomes a cursed, hardcore, masochistic run, and you’ll be so resentful and bitter that you’ll stomach the pain out of spite.