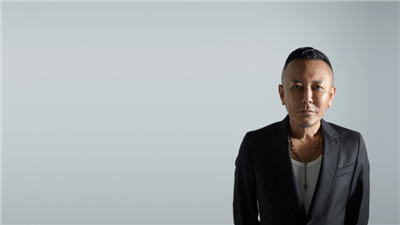 Toshihiro Nagoshi has worked on some of the most influential games of all time, including Virtua Fighter and Shenmue. These days, he’s most well known for his work on the Yakuza series. We caught up with Nagoshi to learn more about his life, career, and why he thinks Sega should’ve fired him.

Toshihiro Nagoshi knows how to make an entrance. He’s seven minutes late after a smoke break, wearing a $2,700 Louis Vuitton jacket. Coy yet honest, reserved and flashy all at once, somehow, he fits his 30 years of game-development history into an hour-long Zoom call. It’s a story that encompasses childhood trauma, Yu Suzuki, and drunken meetings that turned into one of the biggest cult franchises in video game history. But it all starts far away from where he’s sitting right now in Tokyo.

Nagoshi grew up in the small, rural prefecture of Yamaguchi. When you talk to him about his early life, he doesn’t have a lot of positives to share. Nagoshi came from a poor household, his parents victims of sizable debt, and his father in particular had a gambling problem. Despite saying he recognizes that what he went through with his family was a necessary learning experience that got him to where he is today, he has a lot of complicated feelings about the household he grew up in.

Nagoshi says his younger life lacked direction, and that he didn’t really have aspirations for himself in Yamaguchi. He did, however, have one dream: He had seen Tokyo on TV, and something about city life appealed to him. After graduating high school, as the people he grew up with began getting jobs in their hometown, Nagoshi realized he didn’t want to live a similar life. He didn’t want his parents’ lives either. So, he left.

“Just to be honest, I grew up in a poor household and watching my parents, I kind of figured that staying [t]here and following in their footsteps wouldn’t necessarily lead to a happy life for myself,” Nagoshi says through a translator. “So, just being young and having a strong desire to get out and make a life for myself was one of the reasons that I went to Tokyo.”

Later in life, after working his way up within the game industry, Nagoshi returned to Yamaguchi to pay off his parents’ debt. Unfortunately, however, he says by the time he was able to do this both his mother and father had dementia, to the point they were unable to recognize his actions or appreciate what he had done.

“But I did hear later on from the people of the town that my parents, when they saw that I had an interview published in a magazine or saw me in the media, they would take my picture around,” Nagoshi says. “They would really proudly tell the townspeople about me. Hearing that really made me happy. Even though the money caused strains in the relationship, I’m 100-percent at peace with it now.” 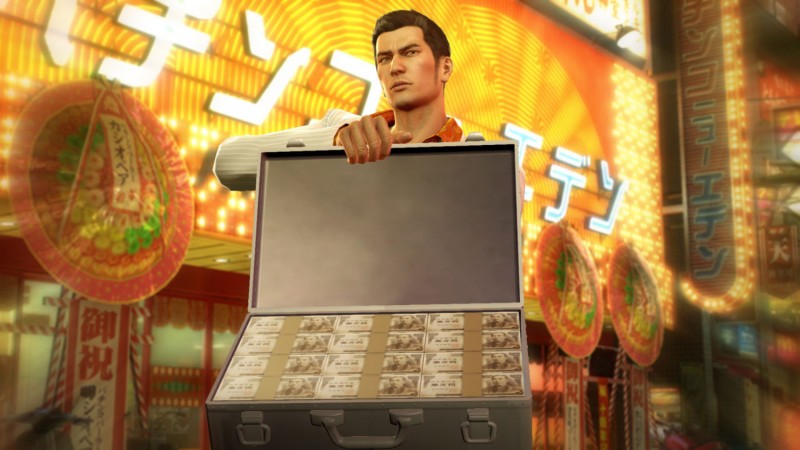 In the states, though, the Yakuza series didn’t catch on fire in quite the same way … until Yakuza 0 was released in 2017 to rave reviews and global sales beyond expectations. “As far as my personal favorites go, after Yakuza 1, it is 0, so it makes me really happy that it was received so well,” Nagoshi says. Yakuza 0 has since led to a Yakuza renaissance in western territories. In fact, Yakuza 6: The Song of Life sold just as many copies in the United States and Europe as it did in Japan. In November 2020, Sega announced the series had sold 14 million copies globally.

“When it comes down to it, I really feel like the sort of simple, straightforward storytelling had a lot to do with why global fans took to [Yakuza 0] so much,” he adds. “You know, we can’t really control sparks like that from happening. But the team and I often talk about, like, ‘Think that’s gonna happen again?’ Like, we really wish that [would] happen again.”

In 2011, Ryu Ga Gotoku Studios was established, a dedicated Yakuza team under Sega CS1 (itself a continuation of NE). Following the success of the Yakuza series, Nagoshi has continued to climb the ranks within Sega. In 2012, he became the chief creative officer of Sega Japan and was added to the company’s board of directors. The following year, he was also added to the board of directors for Atlus, a subsidiary of Sega known for the Persona and Shin Megami Tensei series. A far cry from his humble roots in Yamaguchi, Nagoshi has become a recognizable figure in Japanese game development, and a bit of a cult icon in the west, known for his striking sense of fashion. As he tells it, though, that notoriety has come with bit of a cost; he can’t frequent Kabukicho in quite the same way he used to.

“[O]ne of the reasons why we don’t go as often anymore is because as the series became more successful and popular and I would have more opportunities to go out and speak with the media and become more known, people would recognize me more when I went there,” Nagoshi says. “So it became harder to go out and relax and enjoy it.”

With Yakuza: Like a Dragon out around the world now, Nagoshi is looking toward the future – and he’s surprisingly open about the possibilities, without confirming anything. On one hand, he says he knows Yakuza fans want more Yakuza. On the other, he says he has a talented team, so he’s open to trying something new.

“The Ryu Ga Gotoku team members, they’ve only really worked on the Yakuza series,” Nagoshi says. “But I think it would be a waste if these really talented team members that we have aren’t able to use all of their skills to their full potential. That might be challenging themselves, creating something of a whole different genre and a different style. We don’t know that yet, but that’s something that we’re really taking into consideration right now for the growth of our team as a whole.”