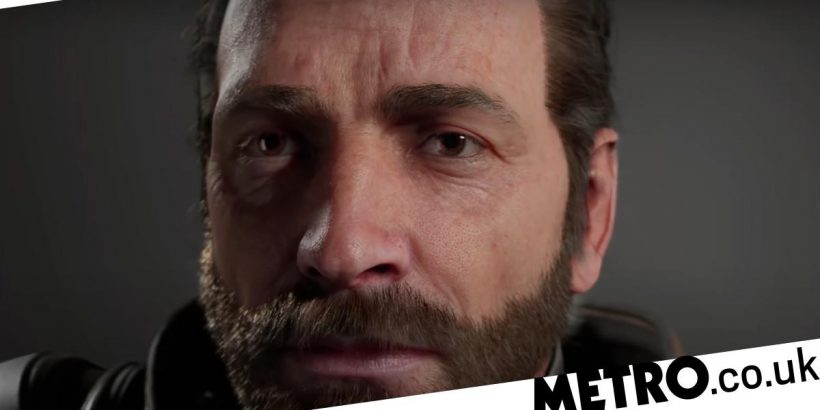 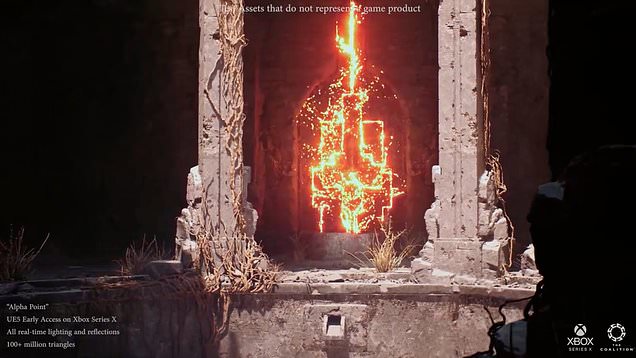 Gears Of War studio The Coalition got its hands on Unreal Engine 5 and made a couple of tech demos similar to Sony’s from last year.

In May last year, Sony released a tech demo to show off the power of Epic Games’ Unreal Engine 5. Its purpose was to demonstrate how PlayStation 5 games made with the engine could look in the future and it did much to energise excitement for the new format.

Unlike Sony’s, the tech demos are much, much shorter. Whereas Sony’s demo lasted nine minutes and looked like it could have been taken from an actual game, The Coalition’s demos are barely two minutes each.

The first one focuses solely on environments, taking place in some ancient ruins with a sci-fi looking, diamond-shaped object floating in the centre. It’s certainly impressive to look at, with the dusty ruins being startlingly realistic and the diamond reflecting its surroundings before emitting a blinding light.

But considering Sony’s demo also took place in a dusty region full of abandoned ruins, it almost creates the impression that that’s the only kind of setting the engine is capable of rendering. Either that or the ideas well was running a tad dry that day.

The second demo is a character rendering test, featuring a static model of a bearded man in armour who we almost mistook for an Order 1866 character. The camera slowly pans around different areas of the character to highlight how detailed his face and clothes were.

Again, it is technically very impressive, but with how much time it must’ve taken to make the character this detailed, you shouldn’t necessarily expect every Xbox Series X/S exclusive to achieve this level of visual quality.

The Coalition stresses that neither demo represents a game already in production. So, that character isn’t a new protagonist in the next Gears Of War game or whatever its new project is.

It’s worth noting as well that just because Sony was able to put out its demo first and has a closer relationship with Epic (it even invested £145 million into Epic), that doesn’t give it exclusive rights to the engine.

Any developer can use it and, according to Epic’s FAQ, Epic won’t take royalty fees from games made with it until they make at least $1 million (about £0.7 million). Which is very handy for indie developers.