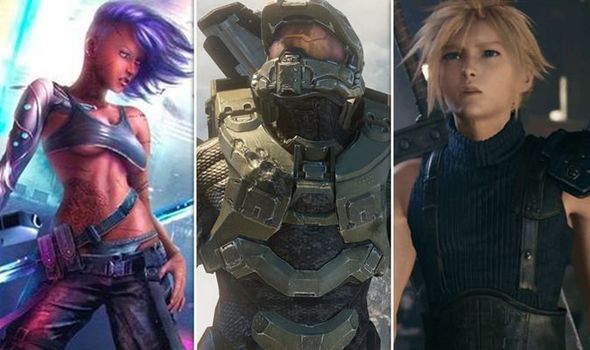 Xbox fans are counting down to the start of the Microsoft E3 press conference.

The Xbox One E3 conference takes place on June 9 at 9pm UK time. You can watch the event live right here by clicking play on the video below at 9pm.

And with Sony shunning the event, Microsoft can make a huge splash and really steal the show.

And things are looking good for Microsoft, especially if some of the rumours are true.

The big reveal could involve the next-gen Xbox Scarlett range of consoles, which have been hinted at in pre-E3 teasers.

Fans have spotted what appears to be a reference to the family of consoles in Microsoft’s E3 countdown videos.

The rumours are that Microsoft will reveal technical details for the entry-level Xbox Two, which is codenamed Lockhart, as well as specs for the beefy Anaconda console. Both are tipped to have a 2020 release date.

Without Sony making an appearance, Microsoft will host the majority of third-party game reveals.

This includes gameplay footage for the hotly anticipated Cyberpunk 2077, and potentially even a release date.

Industry insider Jason Schreier recently told Twitter followers that while Cyberpunk 2077 is unlikely to launch in 2019, the studio could announce launch plans at E3, although these could change.

One potentially huge shock could involve Final Fantasy 7 Remake appearing on Xbox One.

The game – which was previously thought to be a PS4 exclusive – was advertised for Xbox One on the Gamestop Ireland website (via Reddit).

What looks a little more certain is that we’ll get a brand new Gears 5 trailer and release date, and see more of Halo Infinite.

With Gears 5 advertising appearing at E3, we can be pretty certain that the game will be released this autumn.

There’s also a good chance we’ll get a Fable 4 reveal during E3. Microsoft-owned studio PlayGround Games is said to be working on the game – and probably another mainline Forza Motorsport game.

Elsewhere, recent leaks suggest that Ninja Theory will unveil a multiplayer slasher called Bleeding Edge, which is expected to open for testing soon.

Finally, fans will almost certainly get a look at From Software and George R. R. Martin’s collaboration called Elden Ring.

Will we also get a GTA 6 reveal during the event? Stranger things have happened!