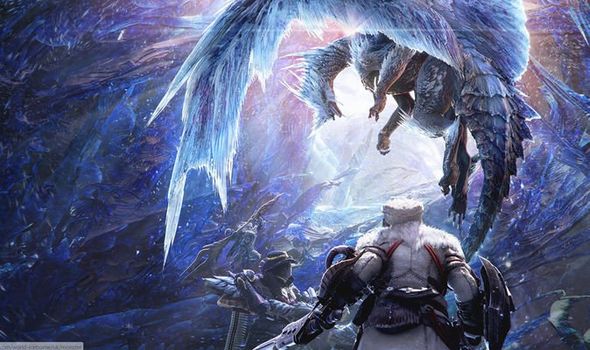 Launched earlier this week, today will be the last chance to play the MHW Iceborne beta.

A free download for Xbox Live Gold subscribers, the Xbox One game trial is set to run until 11:59pm on September 4, in the United States.

For gamers in the UK, this probably means an end time set for around 8am on September 5.

The Monster Hunter World Iceborne has already been available on the PS4 platform and is expected to launch on PC in 2020.

And for those that might not have the time to jump into the beta today, there’s good news for later this week.

The full version of the MHW Iceborne expansion is scheduled to be released by Capcom on September 6.

So even if you can’t play the free beta today, you won’t have long to wait to play the full version.

As ever, the Iceborne beta only has a limited slice of content available for gamers to explore.

But there should be plenty of monsters to hunt to keep gamers busy on Xbox One and Xbox One X.

There is also unlockable gear that can be found in the MHW trial which will be made available in the full game following its release.

In a new blogpost, the MHW team explains: “Upon completing each quest for the first time, hunters can earn a total of four special commendation packs containing helpful consumable items that will be available to use in the full version of the Iceborne expansion when it launches on Xbox One September 6.

“Monster Hunter: World is available with Xbox Game Pass and the base game is required to play the Iceborne expansion on Xbox One.

“Alongside the Great Jagras (Beginner), Banbaro (Intermediate), and Tigrex (Expert) quests, players on Xbox One will be able to battle against the game’s mythical flagship monster Velkhana for the first time.

“Beware of this Elder Dragon’s icy breath which is very dangerous and offers a bone-chilling fight for even the fiercest of hunters.

“Hunters can also test out all 14 weapon types in any of the four quests as well as the training area.

“The weapons include the new Iceborne features, plus the new Slinger tool options such as the Clutch Claw grapple mechanic.”

It should be noted that to claim any of the beta commendation packs in the full version of Monster Hunter World: Iceborne, you must log in with the same profile that you used when completing the beta quests.

Monster Hunter World Iceborne will be launched on PS4 and Xbox One on September 6.