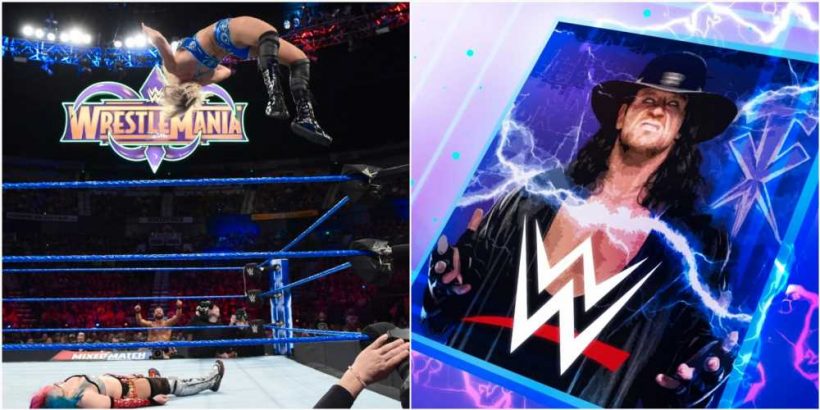 If there's money to be made from a trend, then odds are Vince McMahon and WWE are going to get in on it. The trouble is, the wrestling promotion usually gets into something too early, or way too late. McMahon apparently talked about having all of WWE's content on a streaming service before streaming services were even a thing. However, its women's revolution came long after it really should have done considering how women were treated in pro wrestling for the longest time.

It would appear the company is now making the controversial move to get involved in the NFT game, and in typical WWE fashion, it is doing it a little too late. The NFT market skyrocketed in 2021, peaking towards the end of the year. It was actually in October that WWE revealed plans to get into the NFT racket alongside Fox. However, in the time it has taken to get things moving, interest in NFTs and the money to be made from them has plummeted.

WWE revealed via a press release this week that it is launching its very own NFT platform, WWE Monnsault. Unclear why the name of that particular move has been picked, but anyway. WWE's Chief Brand Officer, and Vince's daughter, Stephanie McMahon unveiled the plans at SXSW over the weekend, launching Moonsault's website in the process. WWE aims to have the platform up and running prior to WrestleMania 38. The two-night event begins on April 2, 2022.

The Moonsault website doesn't actually reveal anything more than what Stephanie divulged at this point. Just the ability to enter your email address should you want to stay up to date. As for who exactly is going to want to do that, it doesn't appear as if the venture is going to be as popular as WWE might think it will be. Fans have been quick to highlight the drop in value of NFTS, while one congratulated Charlotte Flair for no longer having the worst moonsault in wrestling.

WWE has actually dabbled in the NFT game before. Back when it was still super weird and terrible for the environment, but at least it made them money, right? Now it probably won't even get the opportunity to make much cash from its NFTs as their value continues to drop and WWE fans seem completely uninterested.