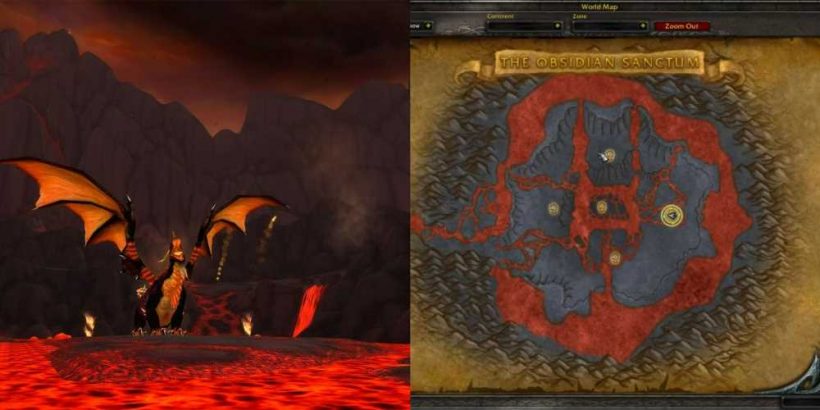 While World of Warcraft’s Wrath of the Lich King expansion had a rather large focus on the undead via the Lich King and the Scourge, there was also a significant emphasis on dragons, mainly through Wyrmrest Temple. Among the few raids centered around these giant winged beasts is Obsidian Sanctum.

There is one boss residing in Obsidian Sanctum: Sartharion. There are also three optional minibosses. Any number of them can be killed prior to engaging Sartharion, but they can also be left alive. If so, they will partake in your battle against Sartharion. As such, there are a couple of different strategies for approaching this raid, so let’s get into it.

Why Are We Killing Sartharion? 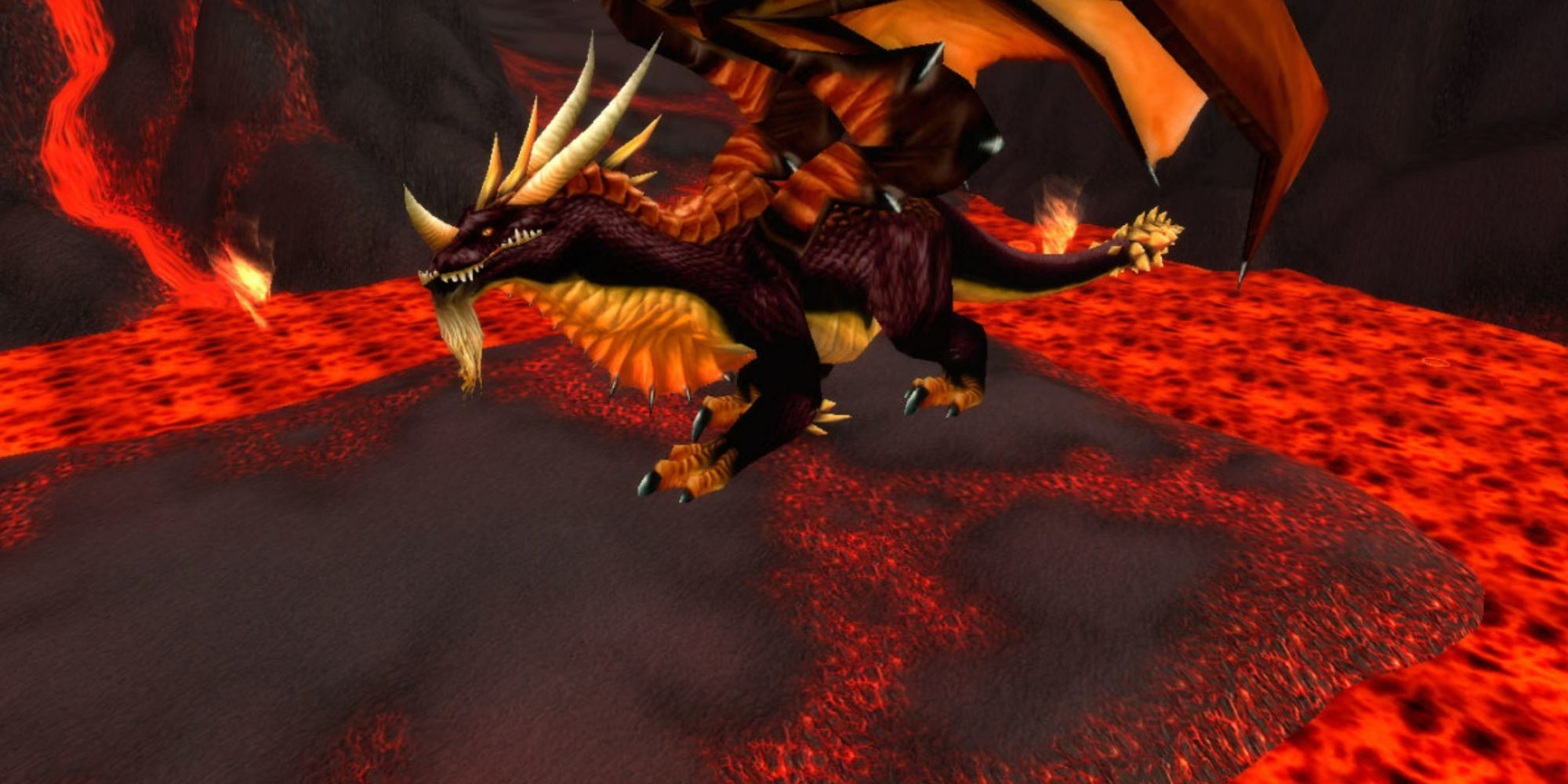 Sartharion is a black dragon who is charged with defending a whole bunch of twilight dragon eggs. As you’d assume (especially with the Cataclysm expansion in hindsight), twilight dragons are bad news and need to be taken out. Unfortunately, since the red dragonflight is a bit busy with Malygos and the Scourge, it falls to us to infiltrate the Obsidian Sanctum to get rid of the twilight dragons. However, Sartharion stands between us and them. So, he’s got to go. 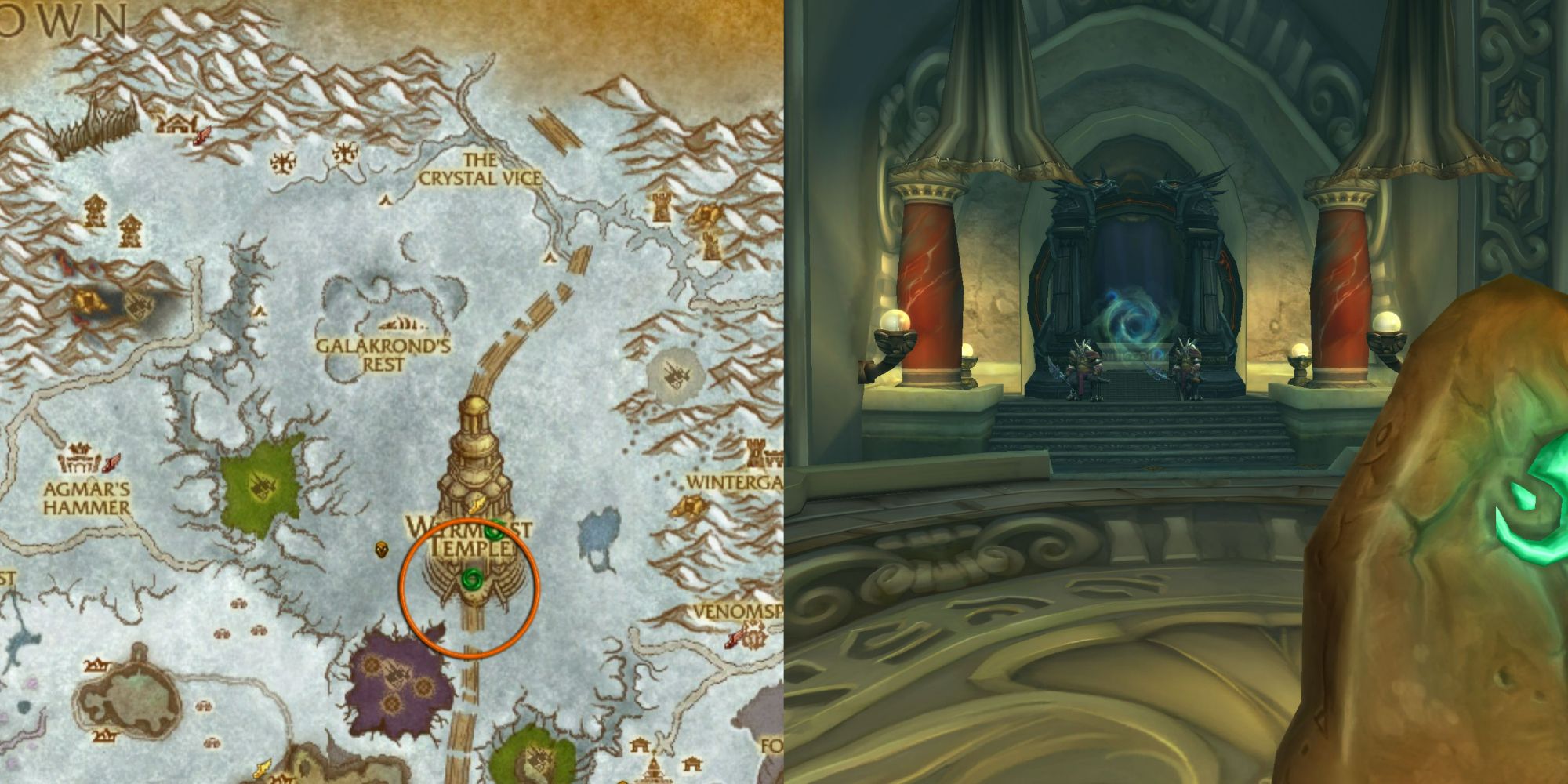 There is no attunement needed for this raid. 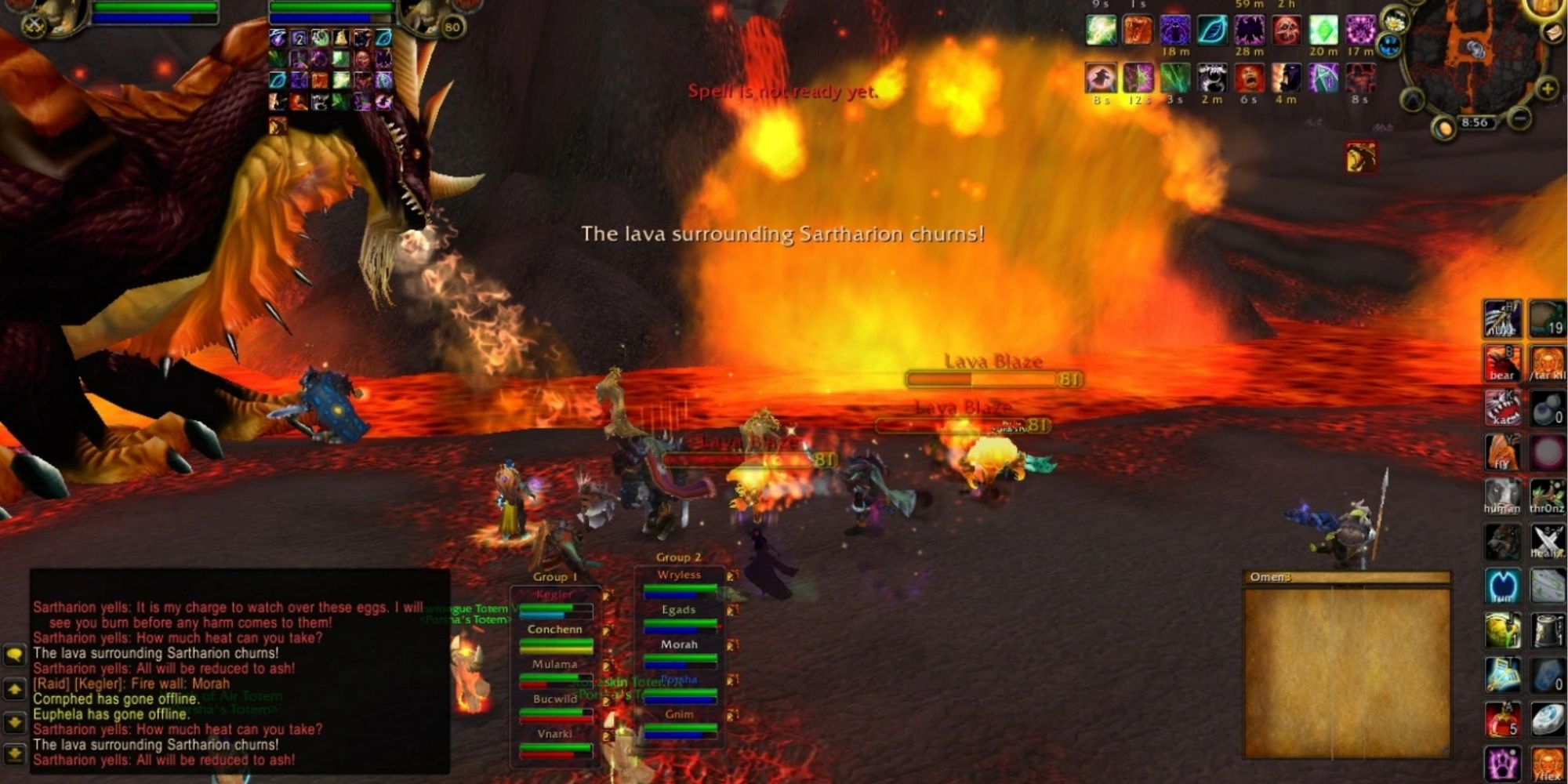 First thing first, let’s look at some notable mechanics of Sartharion himself before even looking at the three minibosses.

Strategy One: Killing The Minibosses First

The easiest way to clear Obsidian Sanctum is by killing the three minibosses (the twilight drakes) prior to engaging Sartharion himself. This will net you with the least valuable loot from Sartharion, but will nonetheless get you the kill.

Fighting each of the twilight drakes individually is extremely simple, as they are all pretty much tank-and-spank fights. The only notable mechanic for each of them is that they open a portal. For Shadron and Vesperon, some DPS will be designated to enter the portal and kill the elite add within it.

When it comes to Tenebron, however, there are a bunch of eggs on the other side of her portal, as opposed to a single elite add. While you can send some DPS in to kill the eggs before they hatch, what groups usually do is let the eggs hatch and allow all the whelps to come out of the portal. The reasoning behind this is that it’s a more efficient use of your group’s DPS to area-of-effect (AoE) all the whelps down alongside Tenebron than it is to send the DPS into the portal and sacrifice the DPS on the miniboss.

Strategy Two: Killing The Minibosses During The Sartharion Fight

This strategy can be used with any number of the minibosses partaking in the Sartharion fight, but this section will cover all of them (Sartharion gains health and damage for each miniboss left alive prior to engaging him). Each twilight drake has a very similar mechanic as their original when fighting alongside Sartharion as they do when fighting alone, and the off-tank should be the one to pick them up.

After the twilight drakes are taken care of, the rest of the fight is just Sartharion, and it’s a cakewalk — just try to make sure each miniboss dies before the next one joins the fight. Having multiple minibosses in the fight at the same time can overwhelm your off-tank and cause a wipe. Other than that, avoid their frontal breath attacks and Shadow Fissures, and you’re good to go.

This strategy is only for the giga-geared DPS, as you’ll have to kill Sartharion before Shadron enters the fight, since once he does, Sartharion becomes immune to damage. It’s hard to burn the boss down when he can’t take any damage, no?

That’s all there really is to say in this regard. Burning Sartharion down in 75 seconds (that’s when Shadron lands) is certainly doable, but it requires some serious DPS, so save this strat until you and your raid group are geared enough to do so. 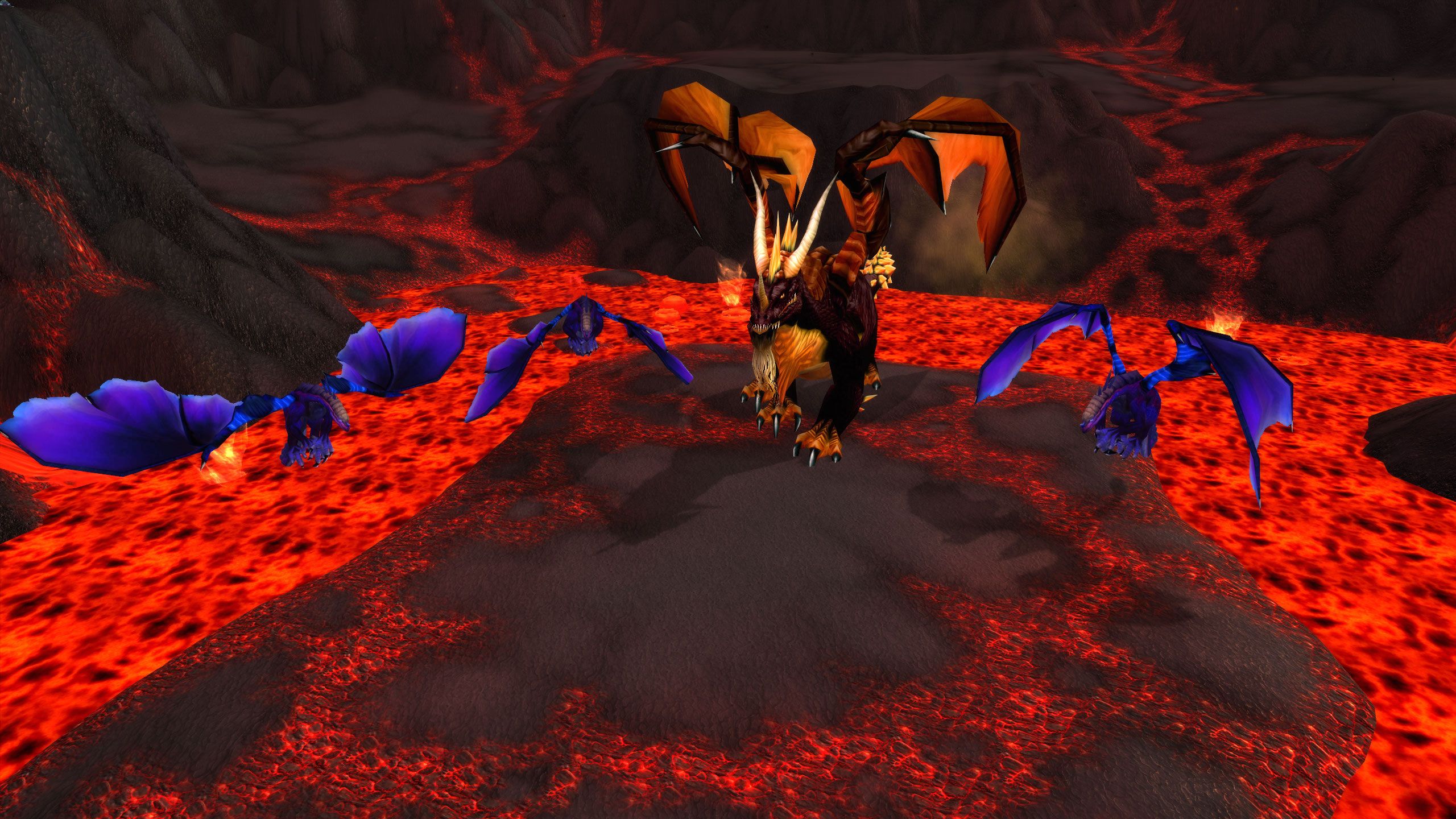 Obsidian Sanctum is generally a pretty easy raid, so what classes your group brings don’t matter all too much. That said, some can make things slightly easier, such as… 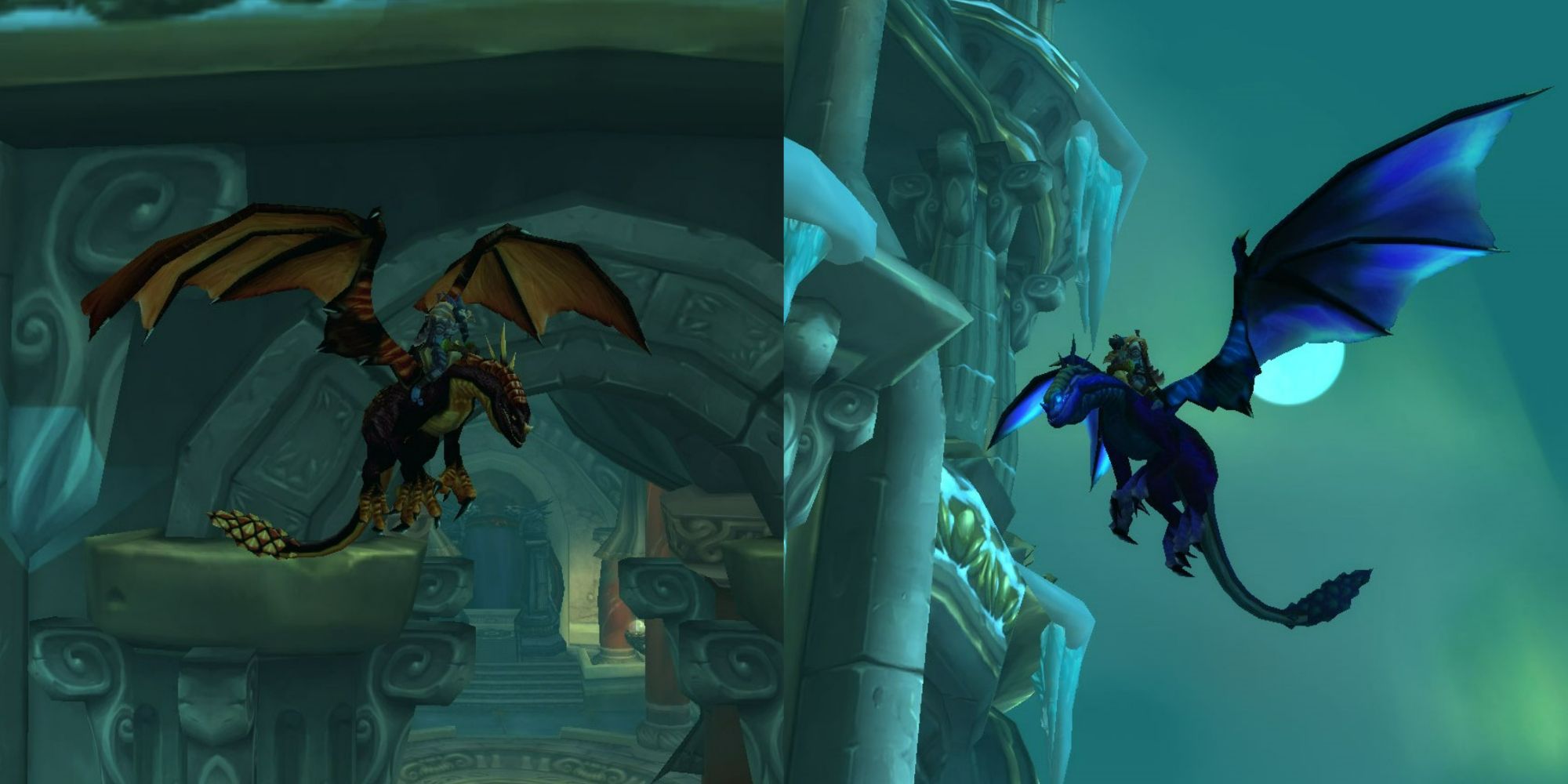 The charts below will lay out both loot tables, as well as how many minibosses must be a part of the Sartharion fight in order to get a chance at each item.