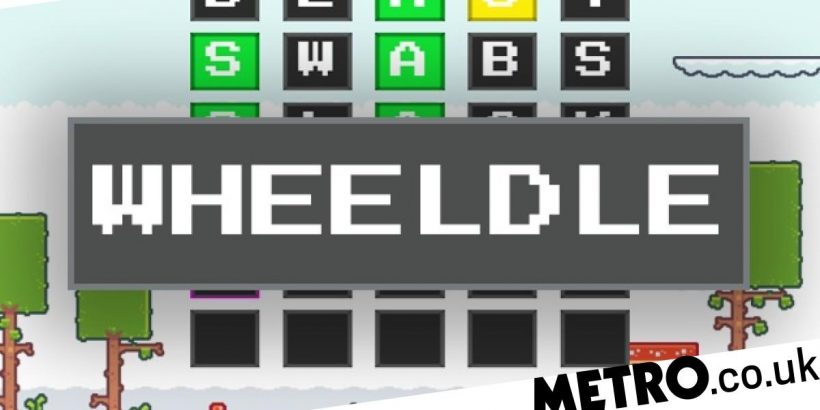 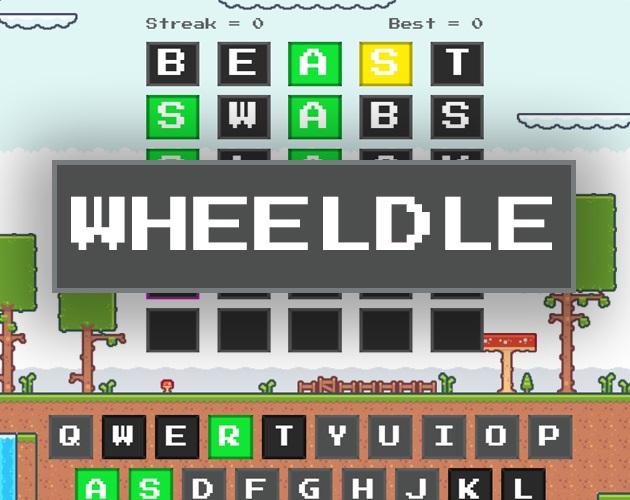 Someone has put together a version of Wordle that isn’t limited to one puzzle a day on itch.io, and it even works on mobile.

While Wordle remains an addictive pastime, it only offers one puzzle a day, meaning enthusiasts have no choice but to wait until the following morning to get their next Wordle fix.

If you’re one of those people, then Wheeldle might be exactly what you need. It’s a free alternative available on itch.io created by one Michael Whelan, head of video at board game maker Dicebreaker.

It basically works exactly the same as Wordle, with the key difference being that once you solve (or fail to solve) the word, you’re immediately given another one.

The only other differences are that there are sound effects for when you select or delete letters (although this can easily be disabled) and a background of trees and clouds as opposed to Wordle’s blank white void.

‘I put together an instant version of Wordle with a streak counter as a base for a game I’m working on,’ Whelan explains on itch.io. ‘If you’re addicted to Wordle and hate waiting for a new one then this is the place for you!’

We tried it out both on PC and mobile and it works perfectly fine, although the letters are quite small on mobile, so that may pose a problem for some.

It’s not surprising to see people make Wordle clones considering its popularity, but at least Wheeldle maintains the spirit behind the original’s creation. A quick glance through the iOS store reveals several derivatives that are happy to use the Wordle name to trick people into thinking they’re official spin-offs.

What Word – Wordle even uses the exact same layout to the point where the screenshots look like they could have been taken from the official website. It is free but, judging by the few reviews it has, it suffers from frequent pop-up ads.

One mobile app is just named Wordle but looks to be a word search rather than a guessing game. What’s more, it claims to be free but is listed as having in-app purchases and costs £1.79 to play.

With Wheeldle now a thing, we can’t imagine why anyone would play any knock-off app store games, since Wheeldle is simply more Wordle.

People clearly like the idea of being able to play the game on mobile, but there’s no official app. That’s exactly how Wordle creator Josh Wardle wants it though, as he says he has no interest in making a dedicated mobile version.