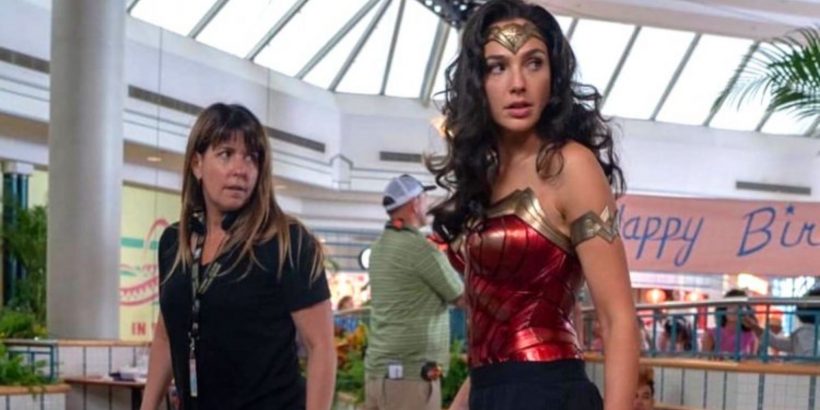 The long wait has ended for loyal supporters of Zack Snyder’s Justice League, as the extended (and intended) cut of the 2017 film premiered this week. Batman, Aquaman, Cyborg, Superman, The Flash, and Wonder Woman joined forces on-screen once more, but many are unaware of the dark origin story that was once attached to Diana Prince and the Amazons.

Thanks to an insightful interview with Connie Nielsen, Collider aired the crucial decision that director Patty Jenkins made when tackling Wonder Woman’s first solo film. During an episode of Collider Ladies Night, Nielsen – who played Hippolyta, Queen of the Amazons – and Robin Wright – the fierce Antiope – spoke at length about Jenkins’ approach to get her version of the film made.

“She was very clear about what the Amazons were supposed to be,” Nielsen pointed out and went on to reveal that there had been an original idea attached to the Amazons’ origins that Jenkins scrapped immediately. In an earlier version, the Amazons were supposed to have been “deeply traumatized by some kind of horrible event that involved mass rape.” In response to this, Nielsen commented that Jenkins immediately said, “Hm, no. No, no, we’re not gonna put that on those Amazons.” Jenkins questioned why we would want to see the Amazons as victims and said to get rid of that part entirely. Instead, the director wanted to focus on their culture and what has made them so fierce.

Nielsen also explained how Jenkins managed to get these crucial changes made, which undoubtedly portrayed the Amazons in a very different light to what was initially intended. “She has very clear thinking,” Nielsen stated, pointing out Jenkins’ thorough planning before she pitches an idea. She obviously had a clear image about what she wanted the Amazons to be and she wasn’t shy about standing up for her vision.

With the release of Justice League and Wonder Woman 1984 last year, we think that now is the perfect time for an independent game starring Diana Prince. Batman has certainly got his fair share of titles – including the Arkham series as well as the new spin-off Gotham Knights coming this year – and Wonder Woman would be the perfect character to carry the mantle for female protagonists in the future of video games.