Although Netflix’s The Witcher got relatively little in the way of criticism, especially as far as winning over fans of the same franchise from a different medium goes, some things stuck out like a sore thumb.

One of those things is the Nilfgaardian armor: the conquering force dresses their people in frankly ugly and unkempt armor, while fans expected something more polished. The showrunner Lauren S. Hissrich explains that there is a reason for that: namely, it’s really, really hard to dress tens of thousands of soldiers, let alone make them all look neat, and their choice had to reflect that.

In the books, the armor is merely described as black, while the games make it look fairly splendid – black and ringed with gold, with a golden sun on the breastplate, clearly denoting where they come from. But the show took the design in a bit of a different direction than expected, drawing the ire of many fans, because it looked wrinkly and cheap. This takes away a bit from the idea that Nilfgaard is an unbeatable force that you shouldn’t even try to fight, because their soldiers look, well, human.

However, the showrunner told IGN that there were several notable reasons for this: one, there had to be a difference between Nilfgaard and Cintra. The former had numbers, while the latter was much better trained, she explained: “[The armour had to] look like they picked it up, they did it quickly, and they put them on them. It’s not meant to have the same look as standard armour.” The armor was simply inspired by historical examples of what it looks like when you’re dressing tens of thousands of people to go fight in a war and you don’t really have the funds to make them all look badass. “It’s about numbers, about covering other armies with people. And there were armies like that, in the history of the human race, and they were actually quite effective. But they weren’t looking great!” said producer Tomasz Bagiński. 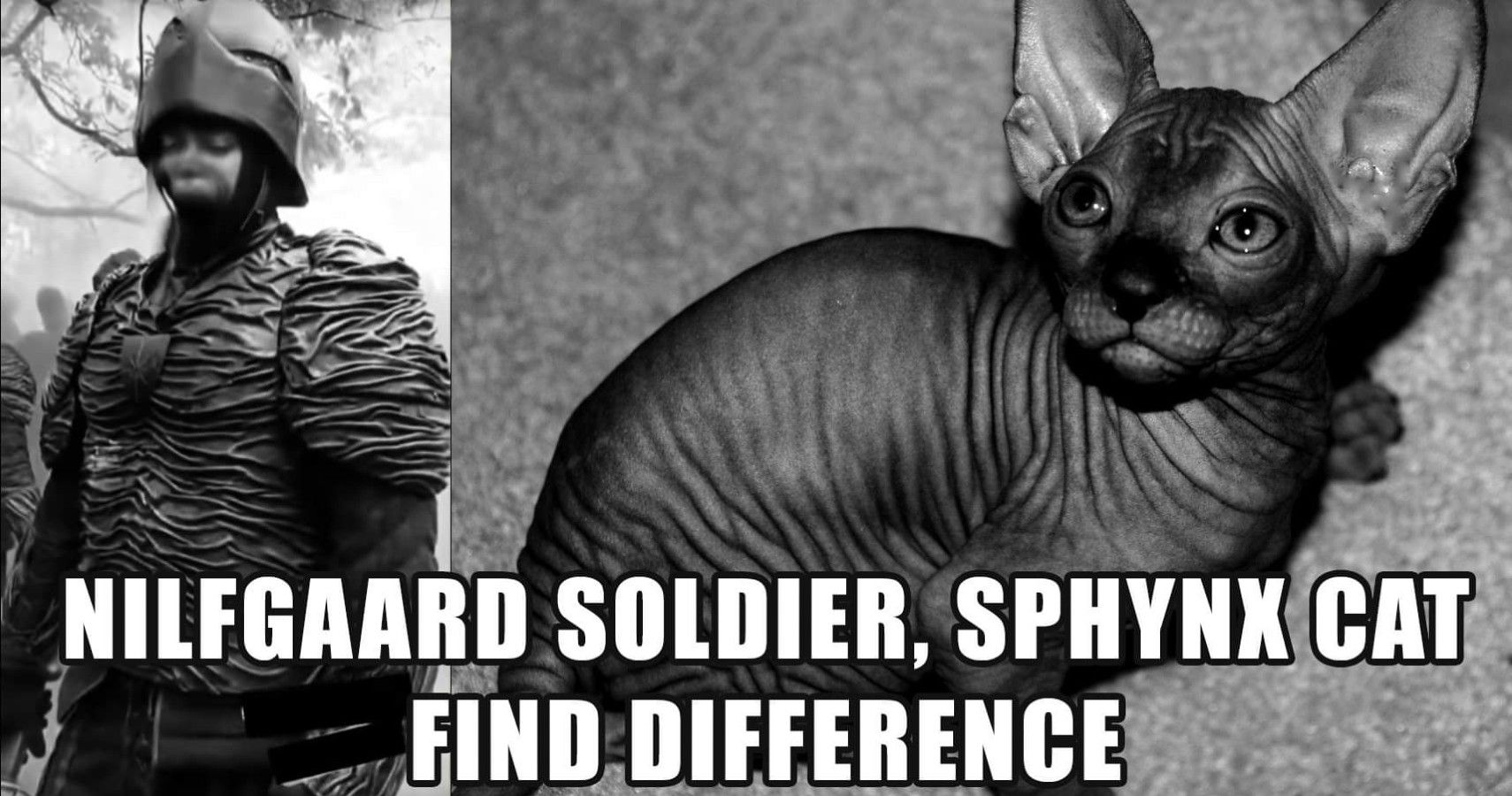 Then, there’s the fact that Nilfgaard is indeed a strange force attacking the Northern kingdoms: “It was quite important to make them look alien, in a way […] t’s a huge group of people coming from the south who are almost just aliens,” Bagiński added. Expecting them to be richly clad is not even logical: that would be true for the case of Cintra, where a rich kingdom could easily afford to dress and train a few hundred soldiers – and we all know how that one ended.

And for the game fans, if you played Gwent at all during The Witcher 3, you’ll remember one card in particular: Poor Fucking Infantry, or PFI, an infantry division formed in Vizima during the war with Nilfgaard – and they didn’t look too neat either. They serve as a prime example of what an army looks like when numbers matter more than quality. Plus, the fact that the Nilfgaardian armor is one of the biggest issues fans had with the show makes a very good case for the show in general.