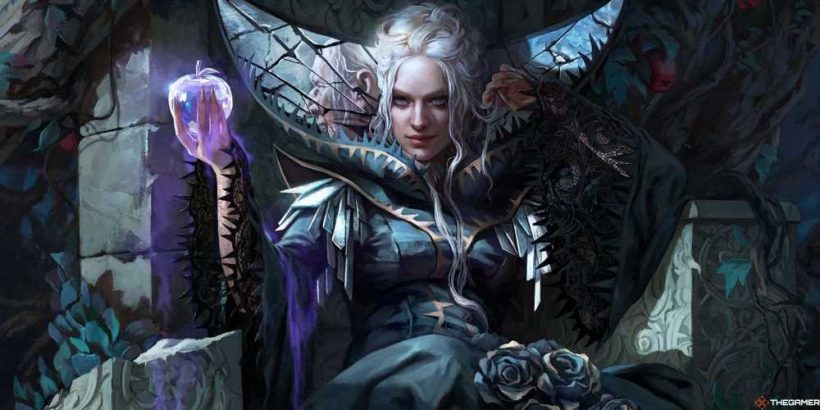 Following Magic: The Gathering’s massive punch-up with the Phyrexians in March Of The Machines, we are making a return trip to a newer, yet still widely adored plane, with Wilds of Eldraine.

Last seen in its debut set, Eldraine is a fairy tale-inspired world of knights, castles, witches, goblins, and sentient gingerbread men. While 2019’s Throne of Eldraine focused on the keeps and organised society of the world, Wilds of Eldraine is exploring its untamed, fae-driven wilderness.

Though no details were revealed in the Wizards Presents conference, the art released immediately sets the tone. We’re introduced to what could be one of its primary villains, an Evil Queen-like figure holding a threatening apple and hiding an aged reflection in her mirror. We also saw a glimpse of the landscape of the Wild, full of thorny bushes and forbidden forests. 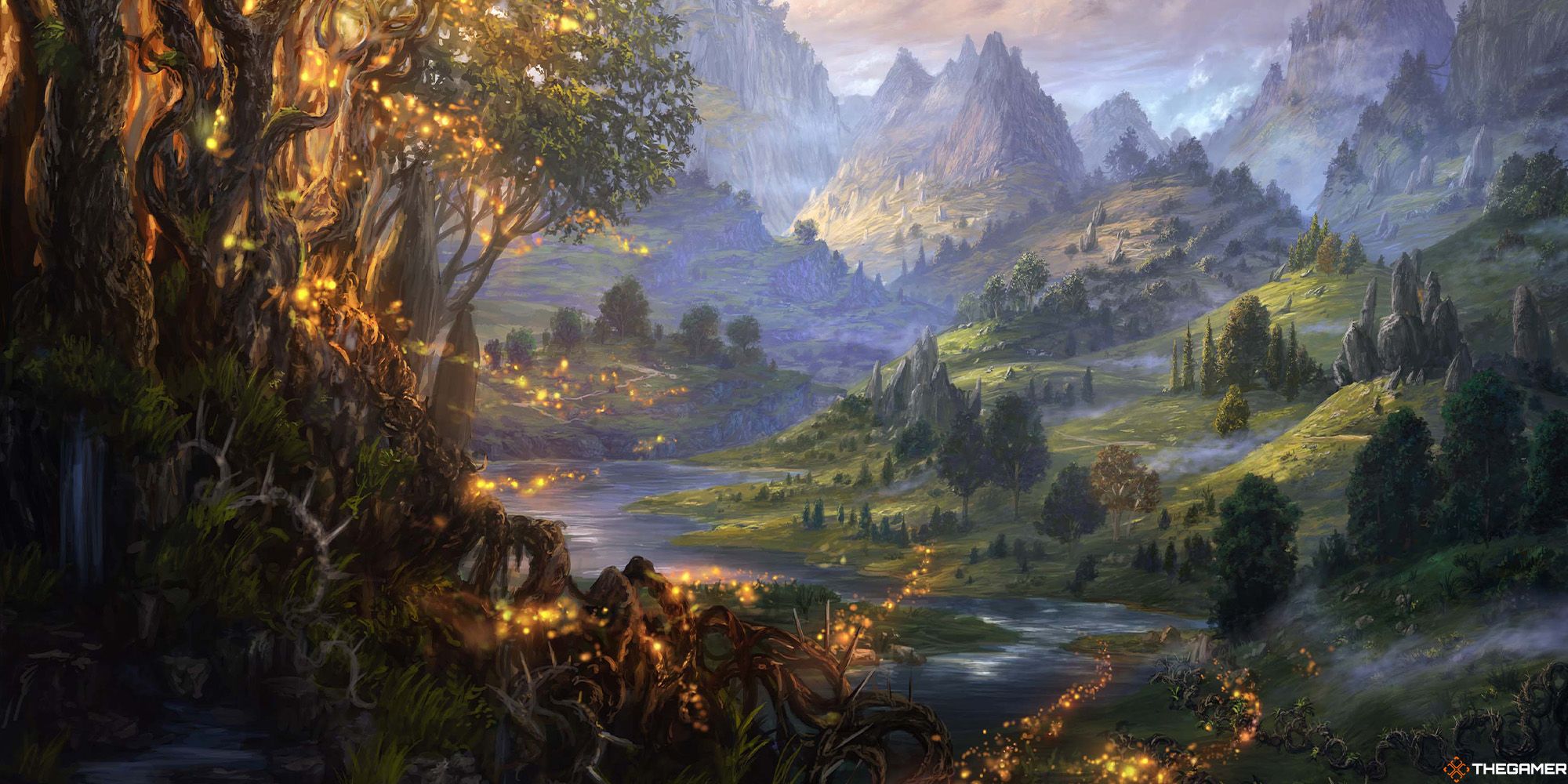 During the development of Throne of Eldraine, the plan was for there to be two sets back-to-back. While the two were then condensed into the Throne of Eldraine, with it gaining much more of the fairy-tale-ness we know and love today, it did leave a lot of the lore of the Wilds unexplored.

As this set is following March of the Machine, it isn’t part of the current Phyrexian invasion arc. Instead, it’s taking a similar role to the original Throne of Eldraine set, which was a palate-cleanser free of the massive stakes and multiverse-spanning story we’d just had in the War of the Spark.

Despite that, Eldraine’s influence on the game has been long-felt, and Wilds of Eldraine gives us a perfect chance to revisit some of its concepts. It was the birthplace of the Kenrith twins, who became powerful Planeswalkers and stars of the Strixhaven: School of Mages set. It also restored Garruk to his original, un-cursed form, and introduced us to the elven trickster Oko, whose history is a mystery we have yet to explore.

Of course, Throne of Eldraine was also a notoriously powerful set that dominated the Standard format for the two years it was in rotation. Hopefully, Wizards of the Coast has learned its lesson and tones Wilds of Eldraine back to be less dominant over the other sets releasing around it.

Wilds of Eldraine will launch Fall 2023. As it’s a Standard-legal premiere set, it will receive the full line-up of Draft, Set, Collector’s and Jumpstart boosters, as well as at least two Commander preconstructed decks.