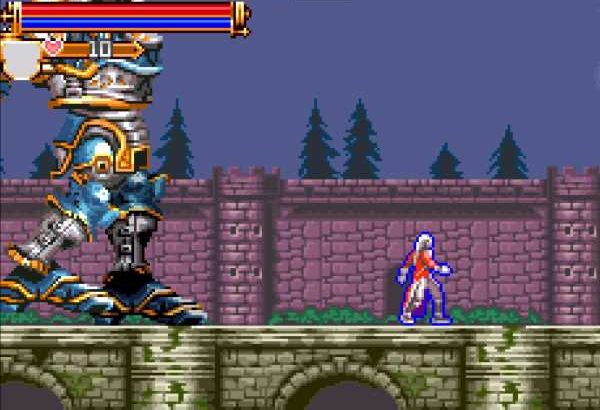 One of gaming’s best classic franchises is making its return. Castlevania Advance Collection is launching today for Nintendo Switch, PlayStation 4, Xbox, and PC. And it bundles together three of the best games for Game Boy Advance. These classic Konami Castlevanias include Circle of the Moon, Harmony of Dissonance, and Aria of Sorrow. All three are fantastic and worth going back to, and now fans of the series will get a chance to do that without digging out the GBA SP.

Publisher Konami announced the collection as part of a Nintendo Direct video event today. And I’ve been playing the games. To be clear, I have not played the Castlevania Advance Collection yet. It’s just that I never really ever stopped playing the GBA (and DS) Castlevania games in the first place.

These are true Metroidvania masterpieces. They stand alongside Super Metroid as key pillars of what the genre can be. And while that started with Castlevania: Symphony of the Night on PlayStation, the GBA games are even better.

The games that defined a genre

Castlevania: Circle of the Moon launched in 2001 right alongside the Game Boy Advance. And while Circle of the Moon was dark and difficult to see on the original GBA’s unlit screen, it still wowed many fans and critics. Konami followed up with Harmony of Dissonance in 2002, and then Aria of Sorrow debuted in 2003.

This was the era that established the Metroidvania as its own genre. Now, we have dozens of games that use this style — and it feels like we are getting dozens more every year now. But Symphony of the Night and the GBA Castlevanias showed that you didn’t have to play exactly like Super Metroid.

And the Advance Collection is so exciting precisely because of how these games differ from Metroid. While both share a sense of exploration, Castlevania’s style almost works better because you can treat backtracking as level grinding thanks to its implementation of RPG elements.

But maybe the GBA games are more important simply because of their release cadence. Konami showed that gamers had a thirst for this type of experience, and a publisher could release a new game every year to capitalize on that audience. And while that market grew too slowly for a major publisher like Konami that was looking for massive growth, it paved the way for a generation of indie developers to fill in the void.

Now, a new generation of Metroidvania fans will get a chance to see where all of that inspiration came from.